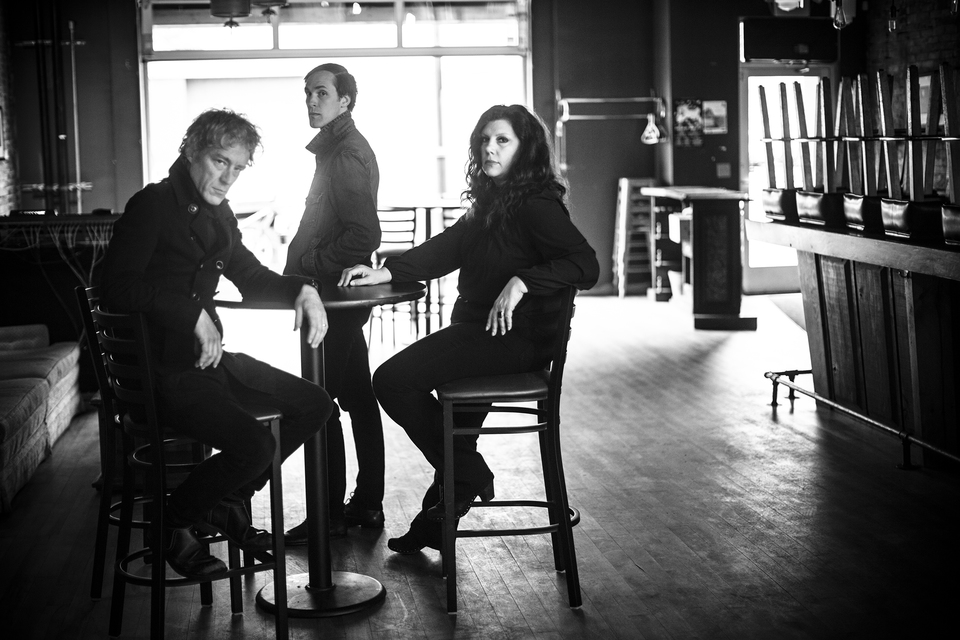 Alan Sparhawk, age 50, and his wife Mimi Parker, 51, have been Low for 27 years. That is three times longer than most American marriages last.

Friends since they were 9 years old the pair were already married when they started Low in 1993.

Their first release, I Could Live in Hope, set the standard for a genre of music that at the time was labeled “Slowcore” for its stark, plodding, stripped-down arrangements.

Evolving drastically, defying easy labels and delivering classic harmonies over crisp song structure, the three-piece featuring Sparhawk on guitar and vocals, Parker on drums and vocals and Steve Garrington on bass has become and inspiration for musicians across a wide array of genres.

There last two efforts produced by BJ Burton, who has worked with artists like Sylvan Esso and Lizzo, find the band delving in uncharted territory—shifting soundscapes bubbling with distortion and dread while still maintaining the band’s haunting songwriting.

“This record would knock listeners on their asses coming from any band at any time,” writes Rich Juziak in his Pitchfork review, “but it is extraordinary that Low is doing such challenging, relevant work 25 years into their career.”

The parents of two teenagers are now touring the world behind an album hailed by multiple critics as the album of 2018. They’ll play Basilica Soundscape in Hudson which takes place Sept. 13-15. The festival, like Low, is known for pushing boundaries while staying honest and independent.

The Collaborative had a chance to speak to Sparhawk about how he and Parker have advanced their creative endeavors while growing and nurturing their family.

The Collaborative: What inspires me so much about Low is that you’ve maintained creative growth in a project with someone who you have the closest of relationships with. How have you been able to maintain it after all these years along with a family and still create albums like Double Negative that reimagine the essence of the band?

Alan Sparhawk: Well I don’t know that we’ve figured it out. If I tried to give instruction I don’t know that I could. It’s impossible. As challenges came up, we dealt with them. As we did when we were having kids. It was just kind of an adjustment. We had kids and said, “We’ll see what happens here.”

Once you put something out there people are there to work with you, people show up. So It’s easier to create and there is more of that “let’s see what we come up with” mindset.

The Collaborative: How do you approach writing specifically?

AS: Writing music is an odd exchange because we are working pretty tightly. Everything we do is close together. However, we do a lot of writing on our own and come up with separate pieces and then come together to share ideas with each other. It is very collaborative. When we were younger we would talk about working together in some capacity and music came along. I wouldn’t have expected it to have gone on for this long.

The Collaborative: Did you have any expectations when you formed Low? Listening to and playing the songs on Double Negative do you think you could have ever imagined this is what your band would sound like?

AS: We never looked this far ahead. We were enjoying the opportunities we had at the moment. We didn’t really say, “next time we’re going to do this.” We didn’t get ahead of ourselves too much. We have always been trying to find new ground. We didn’t want to be tame. And we are always looking to work with new partners who are conducive to creativity. We worked with Dave Friedman on two albums and for the last two we had BJ Burton and he came to the table with some really interesting things.

So in some ways that was a conscious effort. In some, this album is kind of the sound I’ve always had in my head. I mean, not specifically the sounds and songs on the album, but that balance between ugly, discomforting and beauty with enough structure to convey humanity.

Reaching new places in our sound has always been the goal. We found a hole on this one and dove through it and found a whole new world we didn’t know was there. We didn’t know what we were headed toward exactly but it didn’t matter.

The Collaborative: In 2005 you canceled a tour to take time to address what you called “mental instability” and in a very personal missive shared some of your struggles. As someone who deals with similar issues, I thought it was quite brave and honest to be so clear about it. How has the creative process impacted how you deal with depression and anxiety?

So yeah, it is a double-edged sword. Sometimes having something inside me that I can put out into the world, or just go through the process of creation can distract me from my depression. It can be the thing that interrupts the broken record that plays in my head—that weird feedback loop. Some people use drugs drown that out and I have music.

Music is an outlet. There is an absolute joy in writing, in escape. To be able to focus on a thing that doesn’t exactly exist yet can take you out of that world. It can be a great way to escape things that are real. But coming up with reflections of these things that are stressing you out and are causing anxiety can also be very daunting.

The Collaborative: Double Negative bubbles with a sense of anxiety layered over such beauty. How does it reflect your life at the time?

AS: The album was recorded over the whole election process. Maybe even the whole year after, so it was new ground for us to stand on. We know ourselves and we have this thing going on where we know we could write a song about this shitty election and a leader with immoral tendencies but we recognize that is going to come out in what we’re creating without addressing it directly.

So to be able to unravel that feeling, those emotions, that sense of dread was powerful. It’s not like it is going to solve anything or change world necessarily but get to the point where you arrive at something you feel strongly about and is an accurate endeavor in the face of what is going on was cathartic. And I think what came out was an intense shock to some people.

Of course, if we made a record make right now it is going to sound totally different.

The Collaborative: Do you have any sense of where you want to head on the next record? Is that something you’ve even begun to consider?

AS:  We’ve been pretty busy but we were off and we’re able to come home for a few weeks. We did some writing between shows this winter and used an organ and drum machine. I think that could possibly become an EP.

Writing new material is cathartic but it is a hard process. Once you finish something like Double Negative your subconscious tells you, “We’re done. I can not go back to that place.” Then you force yourself and your brain is telling you, “No, no.” But you keep at it and you find something and you are back in that headspace. I think we are very far away from a new album right now. We are trying to write but whatever future horizon we attempt is way back in my mind at this point. 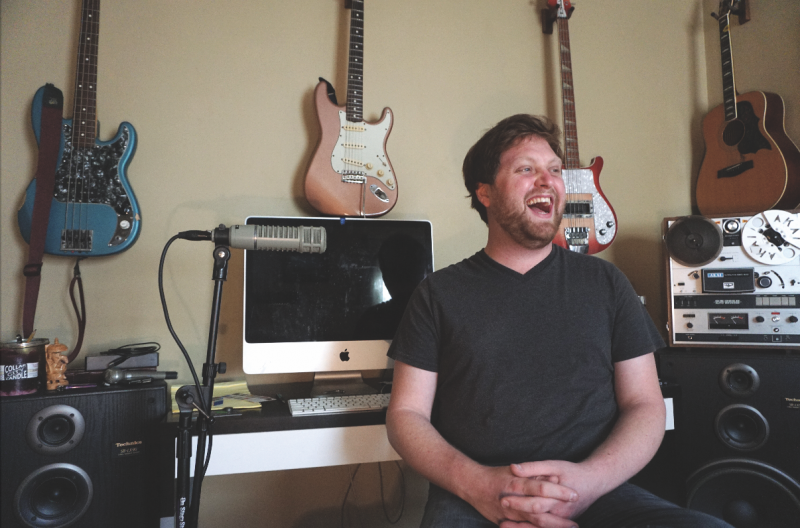 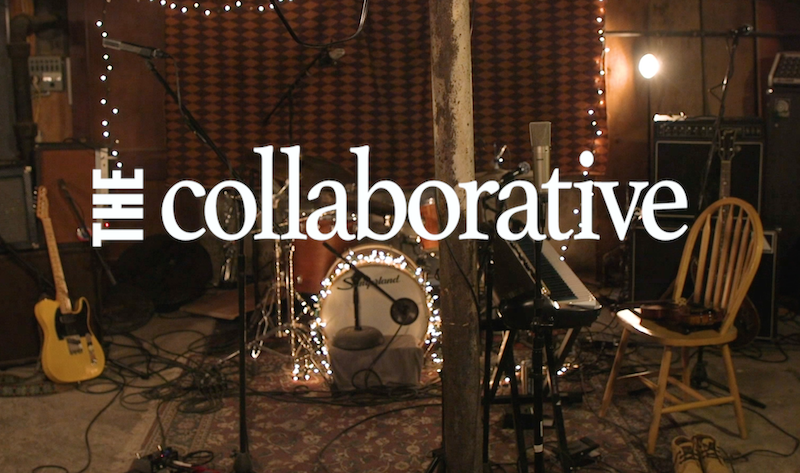 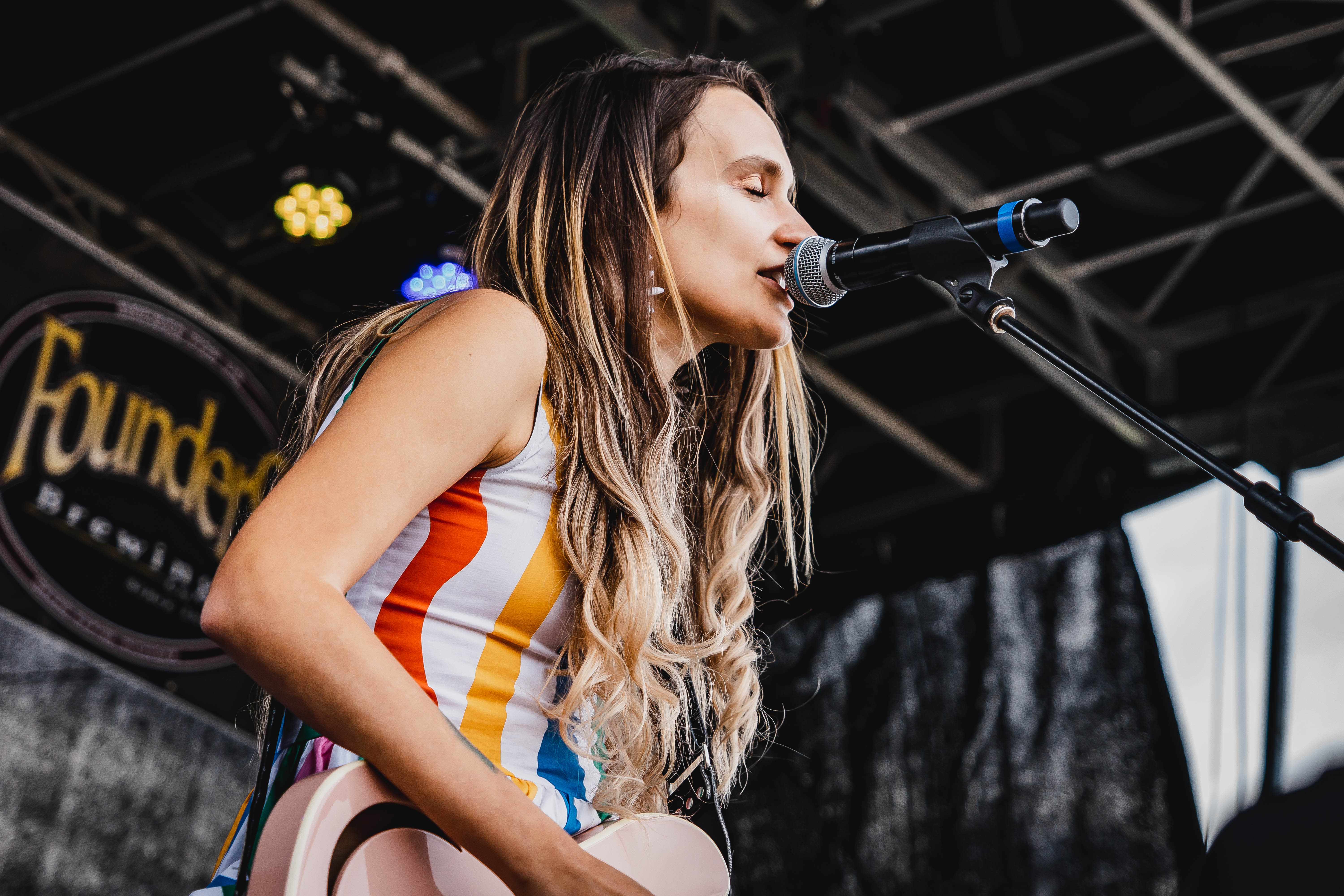