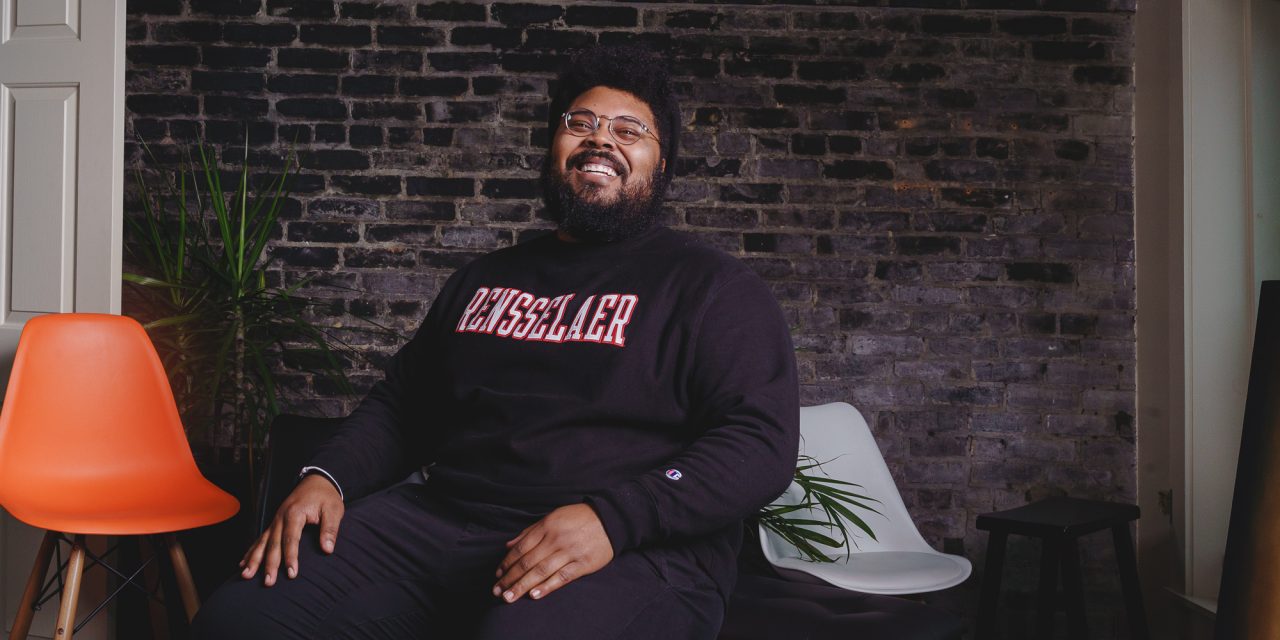 Patrick Harris: Creating a place where one doesn’t have to be afraid

Patrick Harris is tired. He rocks pensively, a cap on his head, denim jacket pulled tight. Over the last month he and his team at Collectiveffort, a coworking space and creative agency in Troy, have moved from a soft opening to a strikingly well-attended grand opening.

He spent the last years grinding gigs, socking away cash to open the coworking space and, perhaps most important, founding and hosting the massively influential Power Breakfast, establishing a space for creatives of all backgrounds to seek advice and receive support.

Jamel Mosely (a member of 2019’s Creatives Under 40 class), Harris’ friend and business partner, is omnipresent in the local creative scene and, almost by default, the face of the organization. Harris’ force isn’t immediately obvious. His thoughtfulness and retiring demeanor belie the constant strategizing and intense focus under the surface.

Harris simmers, ponders, agonizes, calculates until his point emerges concise, sculpted, pointed. Harris has other opportunities. He could have the big money gigs at tech firms or established creative agencies in a major metropolis, but he’s found no satisfaction there. He’s always seen himself moving to Philadelphia. Instead, he puts everything in Troy and the Capital Region. And at this point, he looks exhausted. Why? Why focus all that energy here?

“No one else would do it,” he says calmly, referring to providing creatives of all backgrounds a space where they feel comfortable. “Everyone deserves a chance. Just being black and super oppressed for forever and having very little to work with—no one should have to deal with this. So I was like ‘All right, if I’m trying to be real about myself, who I am and just history—if no one else is going to do anything about it, I’m going to figure out how to deal with some of this problem.’”

Harris adjusts his cap and puts his hands on his lap. His entire form appears to pull inward.

“To be real, how is anyone going to survive if we don’t have the ability to figure a thing out? Not everyone has that opportunity to land an awesome job they deserve and if they don’t they should have another option,” he says.

“Everyone should have the ability to work comfortably in a place that does not make them feel like they should not exist.”

Collectiveffort’s team works in fields including videography, graphic design, photography, sound recording and social strategies. Harris, like Mosely, attended Rensselaer Polytechnic Institute, an engineering school in Troy. How and why did he make the transition?

“I just really enjoy watching people do a thing and realizing ‘Oh, that’s a thing that I’m not really good at. And I wish I was because, if I was, I could do this thing,’” says Harris.

“It’s been really good for me going from engineering in college where you are sitting down and doing math to all of a sudden, I have a camera in my hand and [I’m] learning how to do design and all that kind of stuff. I’m very tactile and hands on. I like being able to create and Collectiveffort is an environment where anyone is able to do that.”

The first time he visited Soul Fire Farms, he was told he was going to see a yurt. “The sun is going down and we’re trekking through the woods,” he recalls. “I walk up to the yurt and there is Taina and she’s practicing a flamenco dance and Gaetano is there playing guitar. It was literally the coolest thing that’s happened in my entire life.”

Harris says the excitement around Collectiveffort’s opening is wonderful, but the grind continues for his team. “The team as a whole has had to make a lot of sacrifices, pass on other opportunities,” he says. “And now people are getting married, having kids and things like that. But when I look back and realize how far we’ve come. From literally working out of our kitchens to, ‘Oh snap we’ve got like 5,000 square feet to play with.’ It is pretty awesome.’”

Perhaps the moment everything paid off, at least emotionally, was when Harris’ parents came to the opening. “There are times where I’m like, ‘Oh shit, I’m a couple days late on a car payment. Hey guys, can you help me out for a second?’” he says. “For them to see what it’s all been for, all the struggles, it mattered. And they were overwhelmed by how many people say, ‘Here’s a thing that I created’ and they were able to have a good time. Yeah, it sort of registered a bit that day.”

A day after our interview it’s clear that Harris has still been pondering “Why this? Why here?” He sends a message. “I’ve always been afraid to make things, whether it be from lack of resources to lack of support or confidence, or that what I had to say via the work was even worth saying to begin with,” he shares. “So when thinking about my answer to you about how people deserve a chance to live on their own terms in the world (as a reflection/statement about the boundaries/roadblocks set against us), it’s equally about creating a place where we don’t have to be afraid of ourselves/myself anymore.” 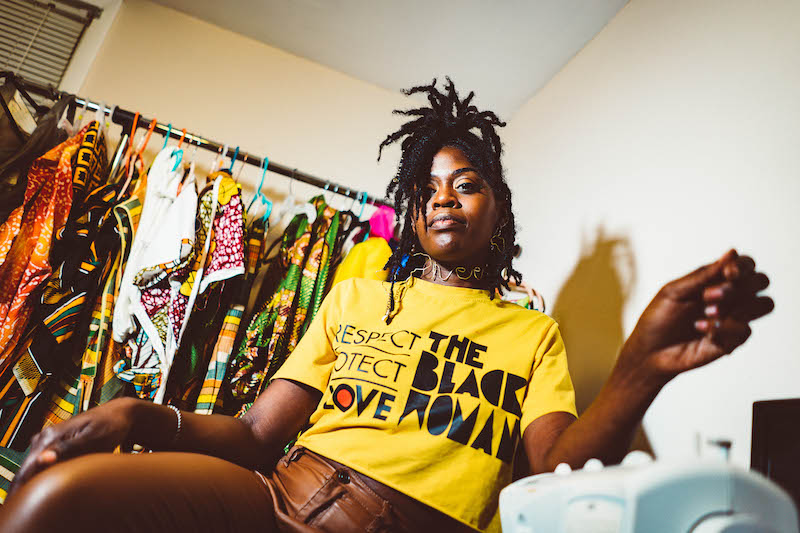