“I think I take up so much space sometimes,” Caitlin Barker of Candy Ambulance told me one bright, February afternoon in Hudson.

Candy Ambulance, the wiry rock trio comprised of Barker, Jesse Bolduc and Jon Cantiello, were recording their first full-length album Traumantic with Tommy Stinson (The Replacements, Guns ‘N’ Roses). Their latest work has collectively become their proudest, not only because they feel they’re at their tightest musically, but because it taps into their emotions. This is their most raw and vulnerable work to date.

Barker’s words are haunting to me, a cis-female who instantly saw herself standing in front of a mirror echoing her sentiment. Since the #MeToo movement took hold, many of us are facing a reckoning about sexual misconduct which, at times, we’re not prepared for. This monumental dredging of female trauma is the hot topic in books, news and at the dinner table. Undoubtedly, that pain is spurring artistic creation.

“Sitting in the shit,” as Candy Ambulance likes to put it.

With that approach came Traumantic, the culmination of one woman’s expression of trauma and the two men who stood by her.

From too early an age, Barker was forced to learn how to exist as a sexual abuse survivor. It is through this lens that she has always related to the world and her womanhood. Like countless other survivors, Barker experienced depression and addiction as she entered adulthood. “I overindulge in drink, men and I don’t get enough rest,” Barker says. “It’s a coping mechanism.”

Part of Candy Ambulance’s ethos has been jubilant, boozy, punk-rock performances accompanied by the legend that Bolduc and Cantiello whisked Barker away to the grunge-punk DIY scene. Forming this first iteration of Candy Ambulance in 2014, the three moved in together immediately, with Bolduc and Barker a romantic couple for the first four years. On stage the three melded into one. Their catchy drumbeats and basslines layered with Barker’s dynamic vocals set them up as crowd pleasers throughout the Capital Region. All this in a sweaty, half-naked haze.

Although Barker began to grow as a musician, the long nights of partying were not conducive to conquering her demons. At home, she continued to struggle with her mental health, entering a stage of alcoholism and reckless behavior. At the end of 2017, Barker felt she was hanging by a thread, her toes brushing rock bottom.

She started speaking with a therapist. Within weeks, she began hearing songs in bursts of three. “I don’t really know why they come in bursts. I just know when it’s time to keep my phone handy. At any moment I’m recording something,” she says.

And she has to keep at it. “I want to make it clear it’s work and not some divine intervention,” she continues. In therapy, Barker was analyzing her relationship to her abuse, with herself, with her family and her culture. Traumantic was born. (She initially named the album Relations, scrapping it for a hybrid of “trauma” and “romance.”)

Barker’s therapy was the true catalyst for Candy Ambulance’s newfound identity and trajectory. However, without steadfast support from Bolduc and Cantiello, Barker may never have found her footing with this album. These three friends have built a safe place to discuss the cycles that trauma victims get caught in, often seeking to recreate past trauma to rationalize it and create a sense of control.

“She needs to express the traumas and the life she’s lived, creatively, or I think she will crumble,” Cantiello says. “I understand it must take a toll on her psyche, but as long as she is healthy and enjoys the process, I support her.”

Standing by Barker’s side has also allowed Bolduc and Cantiello to better understand the broader scope of gender issues in society. Among their most important realizations, they say, is an awareness of the tokenization of women, especially in the music industry.

“That is a weird side of this movement that’s very prevalent nowadays﹘almost, in a sense, using women because you want to help them,” Bolduc says. “[It’s] forcing [the act of] building them up instead of just supporting and witnessing them build themselves.”

Marré weighs in on how men can affect change. “I feel the need to just be there to receive…and just listen,” he says. “I try to surround myself with people, women especially, who will broaden my view, because I will never know so much of a woman’s experience. I will never claim to be an authority on it.”

Her bandmates’ efforts gravely contrast the men Barker encounters locally and on tour. “Sometimes I get violently angry at our culture,” she says. “I get talked down to all the time by sound guys and men in the audience.”

Men often will discuss her outfit or tell her something about her guitar she already knows, while people wave down Bolduc and Cantiello to discuss techniques and equipment. That dynamic has only fueled Barker’s creativity. With this album, she says, she has processed a lot of self-doubt and begun to apply a “fuck off” practice. Her growing self-confidence has been the cornerstone of Traumantic’s grit and heart.

“I’ve expanded into this whole person. I’m a straight-mega-babe! I always was, I just know it more now,” she says.

Although the genesis of Traumantic called for difficult emotional work, Candy Ambulance did not close this chapter without some fun. The opportunity to record with Stinson was an unbelievable dream come true for all three. Although there was a brief period of adjustment as the four got to know one another, the recording process took a sharp turn for the wild and wonderful. The rockstar producer made the band feel “capable and confident,” Barker says.

“Tommy quickly went from celebrity, to mentor, to collaborator, to friend,” Cantiello says. “He is so smart and has an incredible instinct for music. [He] broke us down into our rawest form and that ended up being better than anything we’ve tried before. I think in the past we’ve always tried to mask our raw forms…maybe because we weren’t so good or maybe we didn’t trust it.”

After Candy Ambulance let go of self-induced pressures and expectations of the studio environment, Stinson simply conjured the magic within them.

“It was maddening at first,” Bolduc confesses. “It really brought me out of my comfort zone. But there truly is something special about having 40 years of experience doing all of this. He forced us to get out of our heads. He made us look at each other, hit harder and perform with conviction.”

Candy Ambulance has matured with the release of Traumantic. As the band continues to grow amidst a turbulent culture, they aim to keep an open discussion of womanhood and trauma in art. 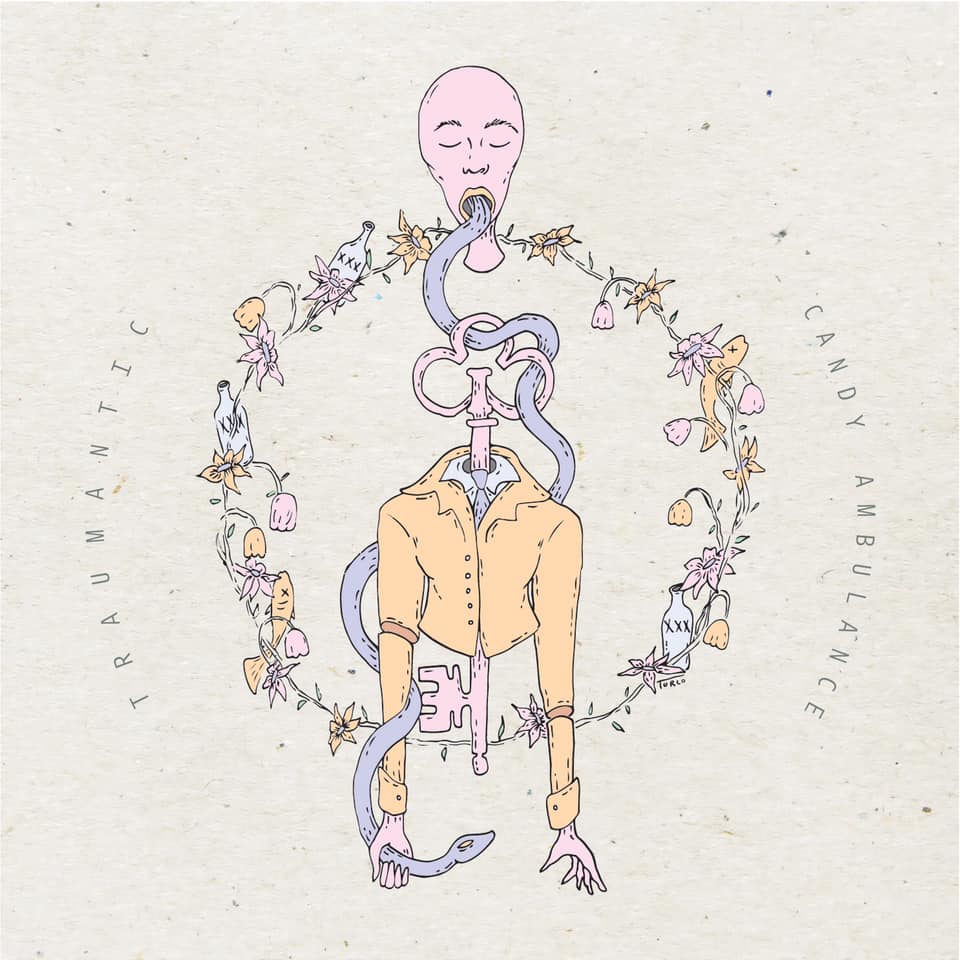 Traumantic is available on all streaming sites Sept. 13. Pre-order here. 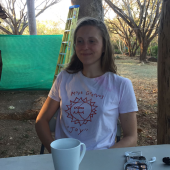 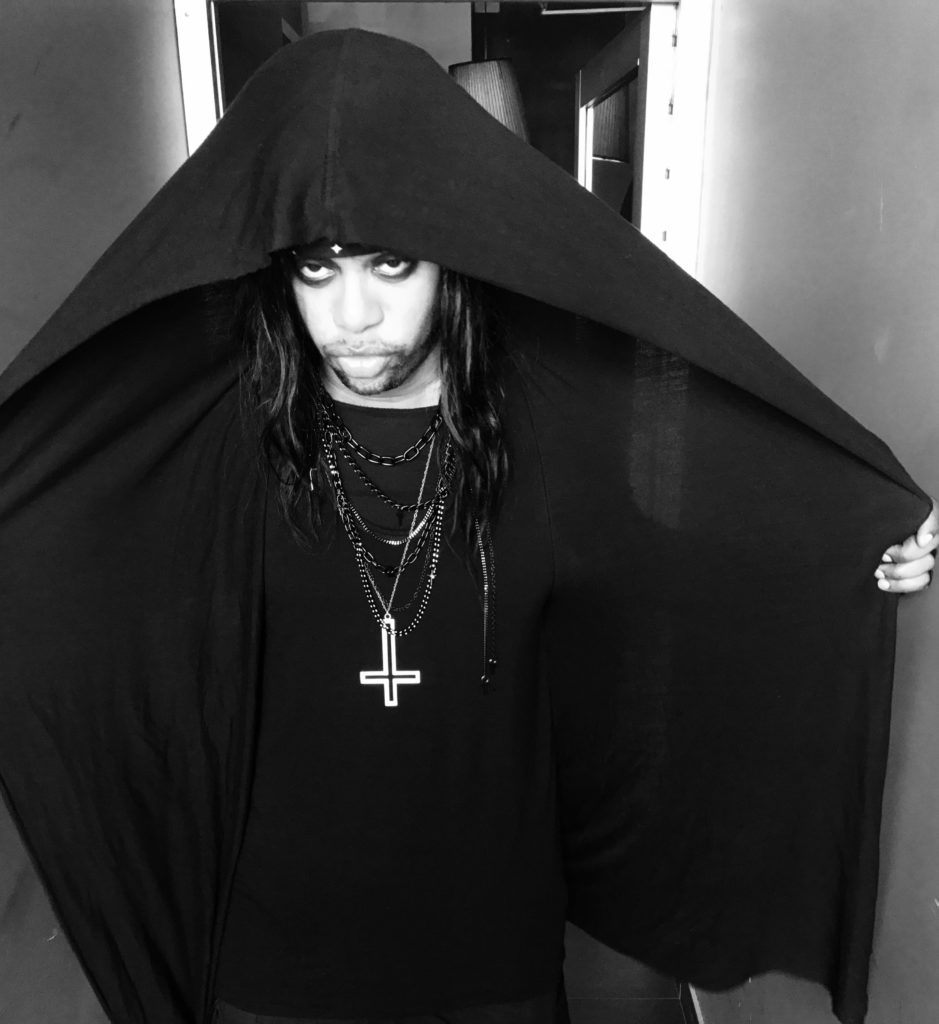