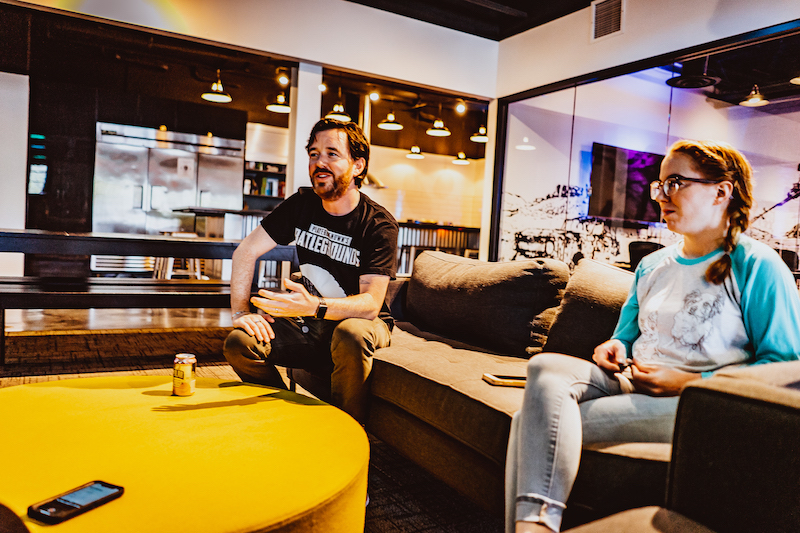 “Honestly, I never thought I’d work in video games,” says Clarke Foley director of operations at PUBG MadGlory game studios in Saratoga. He stands in front of a host of large 4K televisions that are connected to video game consoles. In the corner to his right is a playground’s worth of musical instruments, guitars, amps, stacks, and electronic drum kit. The place looks like a 12-year-old boy’s dream come true.

Foley was pursuing a different sort of dream before he ever thought video games could provide him a career–before he was actually considering a traditional 9-5 life.

“I always wanted to be a full-time musician. But I realized that if you don’t focus on the business and have a tour manager not making sure you get paid and tracking royalties and following through with the band as a business, you are going to miss out. That inspired me to go back to school and I realized that being organized helps having a band and growing a scene.” 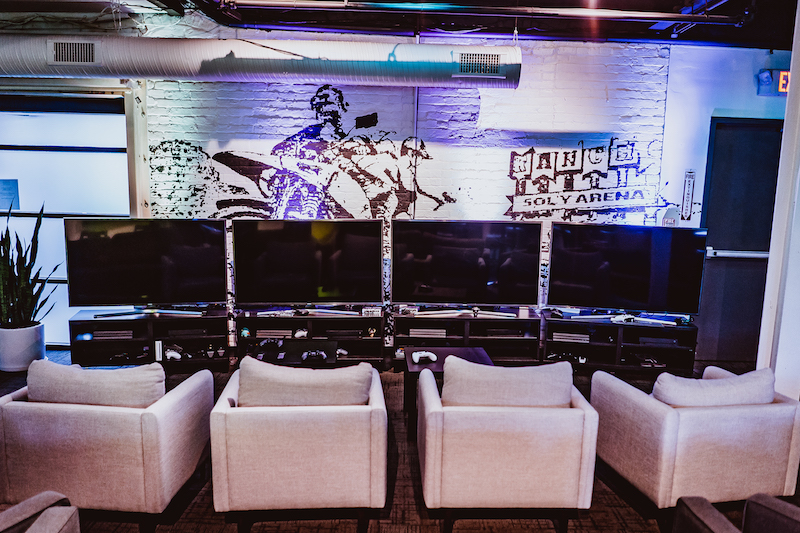 Foley’s most well-known band Count the Stars, formed in 1995, released their debut album Another Useless Night on Dreamsand Records and then signed to Victory releasing Never Be Taken Alive in 2003. The band broke up that year. Foley was involved in two other bands, The Reunion Show and Action Action. Eventually, he says, he craved an existence that didn’t include touring though he still wanted to be creative.

He attended University at Albany for business, earning his BS in 2010, and began working at Agora Games in Troy which was later purchased by Major League Gaming. The company produces software to enable video game competitions.

In 2013 Foley started at what was, at the time, known as MadGlory, a company he says was founded on the idea that they would take on the toughest tasks.

“Brian Corrigan started MadGlory because he wanted to work on the best games and biggest titles but his theory was that he wants us to be the team that comes in like Sons of Anarchy, where a big company has a problem that is tough to fix, we will be the team that comes in and does whatever it takes. We’ll jump into the toughest projects and work out a solution. That was his mantra,” says Foley. 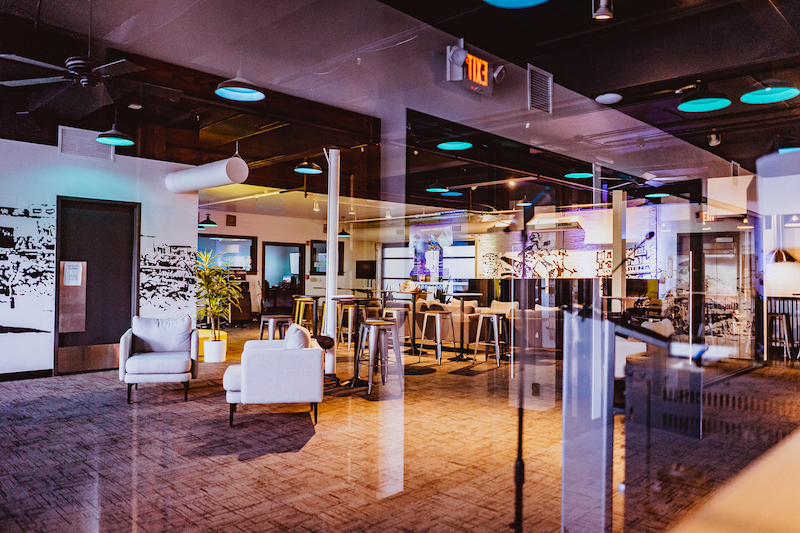 Before being purchased by Bluehole in 2018, the company, like Major League Gaming, focused on creating and maintaining systems to enable matchmaking, tournaments and other online gaming communities for major game releases. The company worked with WB Games, Bethesda Studios and Riot Games, to name a few.

Their reputation earned them the attention of the company that owns PUBG, also known as PlayersUnknown’s Battlegrounds, a battle royale online shooter game that took in over $1 billion digital revenue last year, and now they work exclusively on the online battle royale shooter. 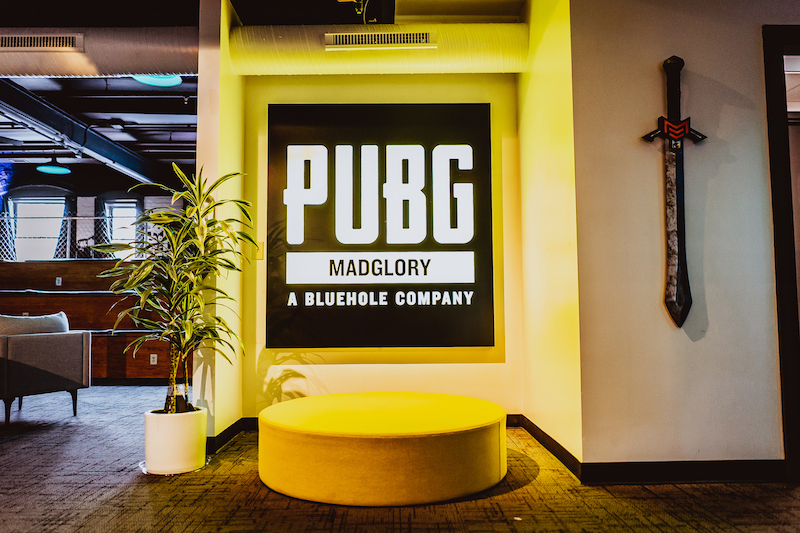 While they may have been purchased by a major corporation, the situation speaks to Foley’s punk origins and the MadGlory’s general oeuvre. PUBG was originally created by one programmer as a mod to an existing game engine. It skyrocketed in popularity, necessitating more programmers be brought on as fans demanded more features. The popular battle royale Fortnite was certainly motivated, if not inspired, by PUBG’s success.

“It feels right,” says Foley. “It makes sense that we’re here working on this thing that started with one guy.”

While other battle royales like Fortnite and Apex Legends gained popularity, PUBG lost some momentum. MadGlory’s purchase was seen as part of an effort to allow PUBG to invigorate and grow its player base and MadGlory is right in the thick of it.

They’ve worked on optimizing versions of the game for Xbox One and PS4, tweaked the back end that allows the company and players to monitor their in-game stats and developed an in-game currency that allows players to customize their characters.

Foley says while all of that was extremely satisfying, the dream was to eventually develop an in-game feature. This April, their efforts in that realm debuted on PC in the form of “Weapon Mastery,” a feature that rewards players with in-game loot after when they hit certain benchmarks in the game.

The feature is expected to debut on consoles this later this year. Foley says that seeing the team’s work represented in a way that so many players get to interact with is extremely rewarding.

In many ways, MadGlory is a microcosm of the region’s growing gaming and tech sector. “We were very lucky here be able to build a great team out of people who went to RPI for software, RIT for game design, SUNY and Hudson Valley for Business and web development or SUNY Poly. And then we have people who are self-taught. Some of our strongest engineers got their degrees in something else or have no degree at all but were hackers and built there own stuff. We’ve been able to network around the area to build a team that really works.”

And that team works in style.

There’s the bay of 4K televisions where the team conducts gaming tournaments. As of our visit in May, they were competing for supremacy (and a pro wrestling belt) in Mortal Kombat 11. 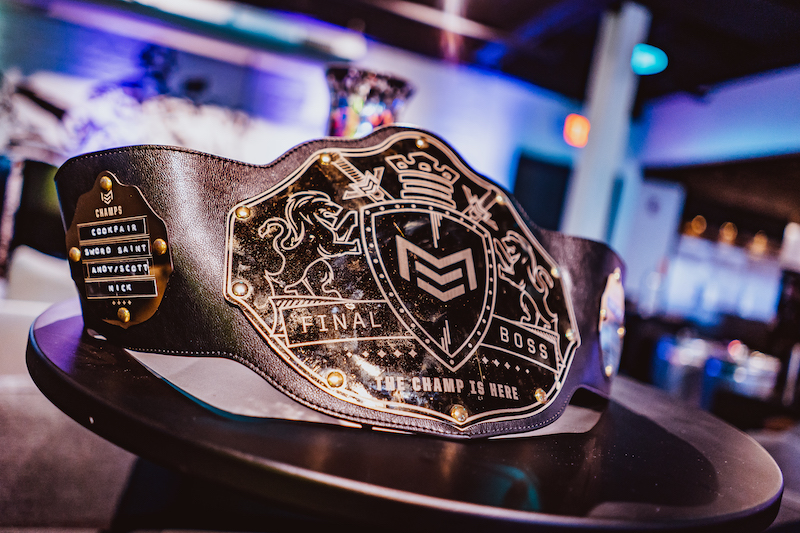 The kitchen features an assortment of fancy coffee machines and other luxuries. Most of the walls on the floor where meetings, recreation, and game testing take place, are covered in artwork depicting the PUBG franchise but upstairs, where developers seem almost attached to their screens, there are a variety of trophies from past accomplishments and other popular game franchises. 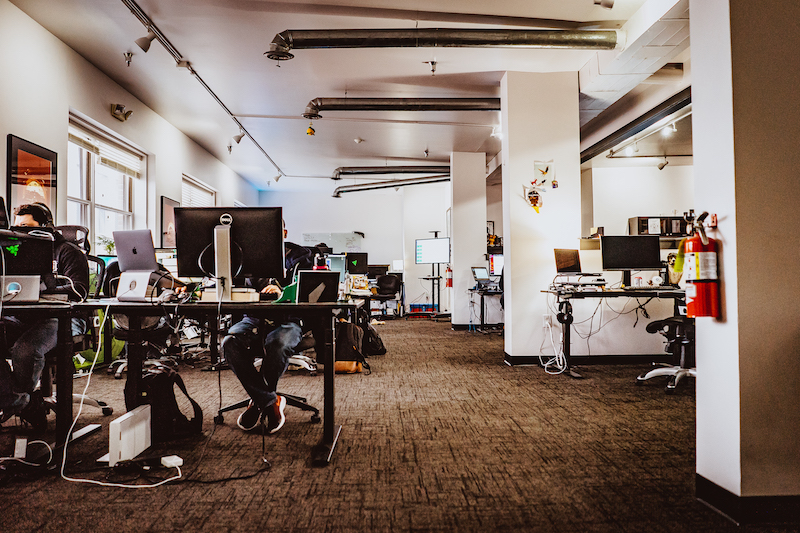 Downstairs there’s a sizeable mural–the work of local artist Samson Contompasis, a friend of Foley’s from his days in Count The Stars. They both met while playing Hellfest in Syracuse. “I remember this huge guy coming up to me and saying ‘Hey, can I use your bass?’ And I was just like, ‘Sure mister, you can do whatever you want,” Foley says, mimicking the voice of an intimidated child.

The hulking long-haired Contomposis who had the habit of smashing and punching his bass while playing onstage with the political hardcore band Lariat.

They remained friends and when it came time for MadGlory to expand and redecorate their offices Foley contacted Samson, who is also a noted muralist, and asked him to go to work.

Contomposis decorated the walls with images of the kind of soldier and warfare depicted in the game. Foley says the results have been a hit with other production houses that are part of PUBG wheelhouse. 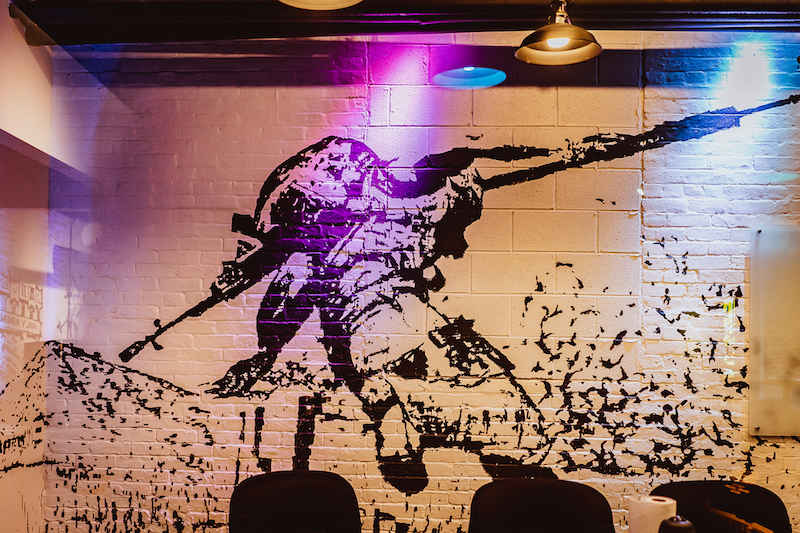 Corrigan, recalls getting an alert on his phone late one night. The office cameras showed someone was in his office. “My wife looks at the phone and goes, ‘I think you’re getting robbed! I think Aquaman is in your office!’” But it was Contompasis painting, as he does, in the wee hours of the morning.

In a way, Contompasis’ contribution to the office is representative of how MadGlory continues to recruit the area’s best talent.

“It’s cool to work with, creative people, engineers, developers, artists and understand everyone contributes a small piece to create a larger output, a larger product,” says Foley, who motions over to the side of the office that is cluttered with musical instruments.

“We have a drum kit and guitars set up because it seems very correlated. People who are interested in video games, engineering, graphic design, photography have a musical interest or some other creative outlet they did along the way while they studied something else. It just goes hand in hand.” 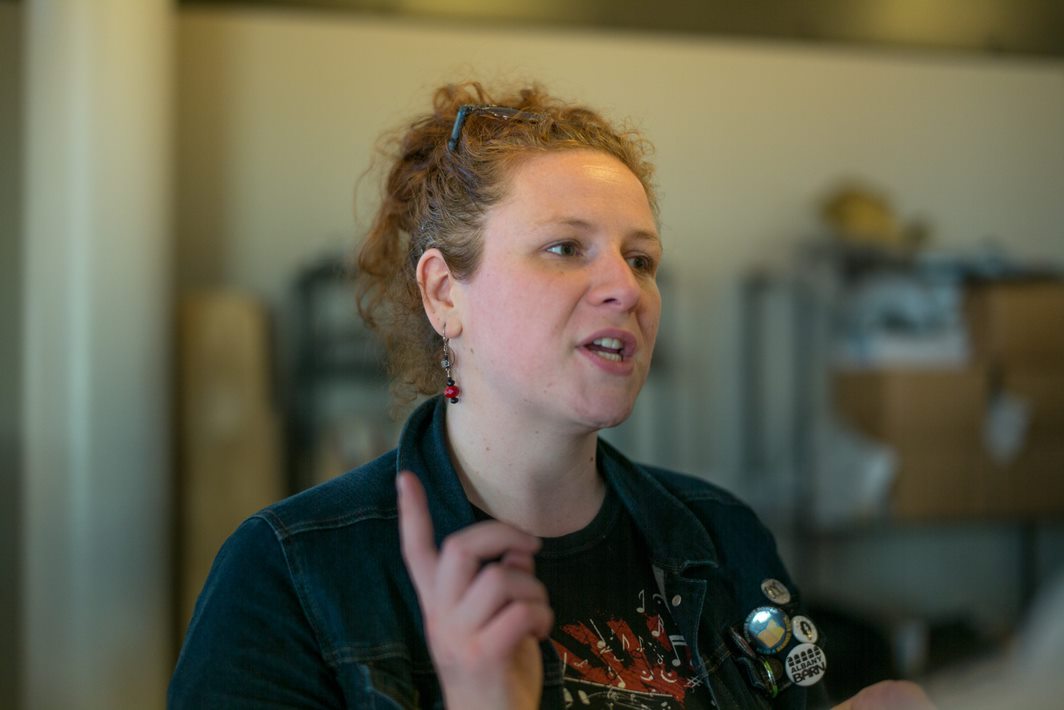 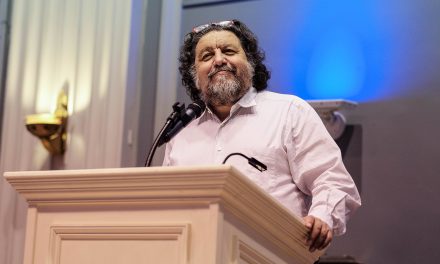