Sarah Van Buren exudes the kind of reassuring warmth and calm that is normally associated with spiritual healers. It’s not the kind of vibe you expect from someone associated with an edgy music festival that tests its audiences threshold for loud music and encourages them to go without sleep for a day.

And yet, Van Buren’s personality is one that makes all things seem possible; sometimes it seems that she does just that.

As co-curator of 24-HOUR DRONE at Basilica Hudson and organizer of O+ Festival in Kingston, Van Buren is in a unique position to empower creatives by giving them a platform for their art and by connecting them to the kind of services that can sustain their basic needs.

The events earned her a lot of friends and respect.

“I initially met Sarah at 24-HOUR DRONE, where I’ve performed a couple of times, and last year when we were looking to hire a new person for O+ someone mentioned we’d received an application from a Sarah and she’s coming in to interview. And I said ‘Oh my god, if it’s that Sarah, we have to hire her!’” says Jeff Mercel, national director of music for the O+ Festival, which provides performers and artists with access to healthcare clinics in exchange for their participation.

According to Auf der Maur, Van Buren was the first respondent to a job placement. Auf der Maur says she decided Van Buren was qualified thanks to her Dutch name and the “electric blue boots” she wore to their first meeting. “The first major project she helped me launch was 24-HR DRONE: Experiments in Sound and Music.

Now in our fifth year of that program, the magic and uniqueness of the festival proves that my initial dream for an endurance music event in the big old factory was worth building, and Sarah has been right there with me the whole time. She believed in it when others thought my psychedelic ‘peace through sound’ seemed a little nuts.” 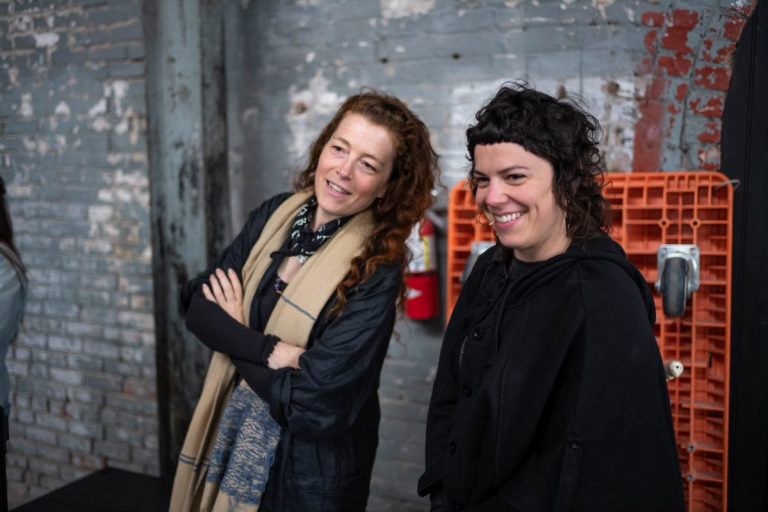 Van Buren’s tastes and musical connections can be seen reflected in the lineup of 24-HOUR DRONE. “She’s amazing; not only is she a musician, a DJ and an ardent fan with very deep taste, but she’s willing to give a lot of herself. And she’s modest. In the business that we’re working in that is very rare and it’s a great quality to have,” says Mercel.

Auf der Maur agrees that it is Van Buren’s selflessness and drive to help others realize their visions that makes her so unique and valuable to the area. “I have great admiration for Van Buren and her unique tastes and abilities. DJ, sound maker, organizer, officiant, performer, friend and fun! It’s been great watching her expand and blossom in the last years, going for it, as a free-wheeling agent who can carry her own projects while supporting the visions of others. A real team player and dream to collaborate with,” says Auf der Maur. 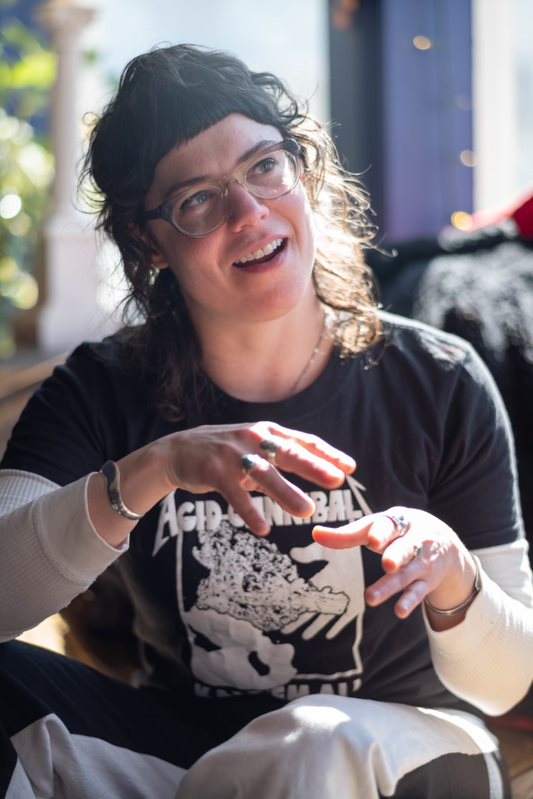 Learn more about Van Buren’s involvement in the local music scene on the CollabCast: 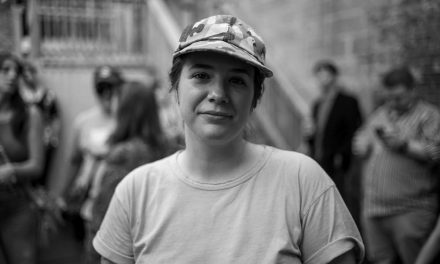