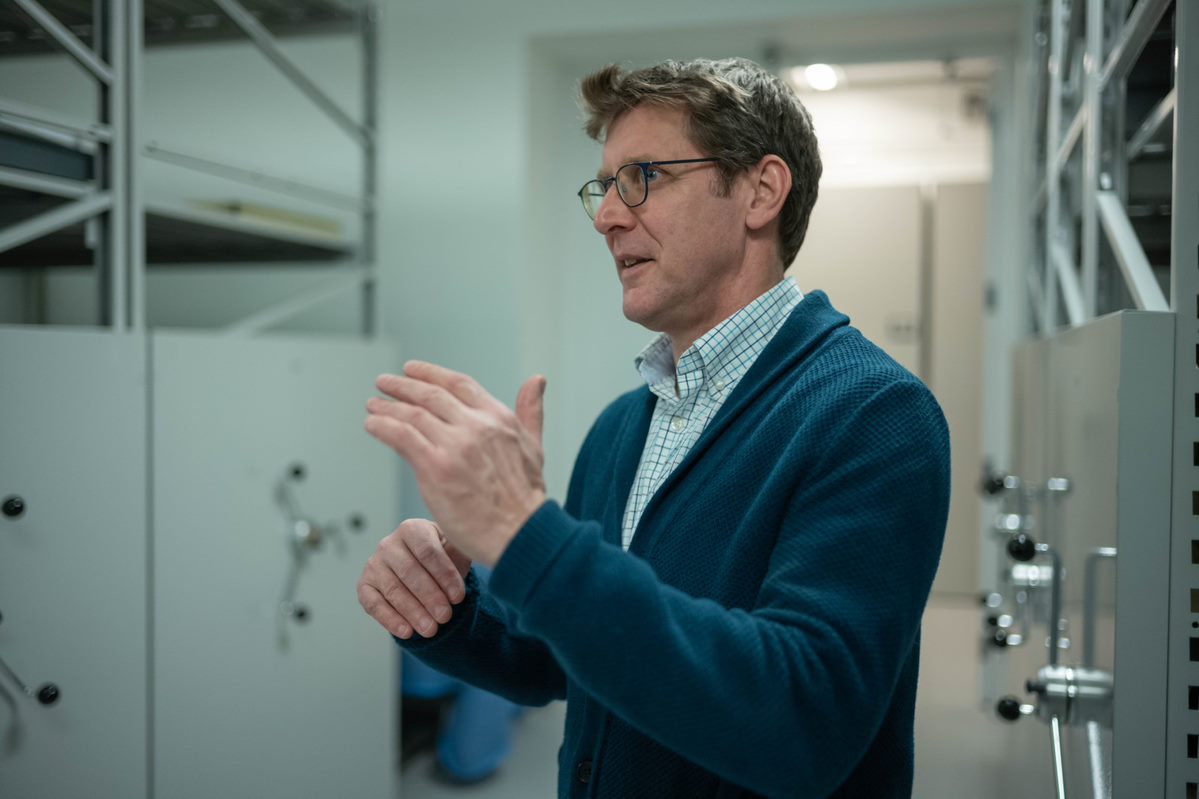 I’d been warned there would be some security precautions involved in a visit to The Hyde Collection’s vault. I wasn’t exactly surprised given the museum hosts priceless works of Picasso, Botticelli, Renoir, Cezanne (among many others), but the reality of it all didn’t exactly prepare me, or my colleague Richard Lovrich, for the experience.

We both show up wearing black, carrying large bags and sporting mud on our boots. There’s a bit of tension in the air, the kind that might exist if two strangers dressed somewhere between hipsters and burglars showed up for a tour of a building housing centuries-old works of art.

When Hyde curator Jonathan Canning graciously guides us into the Hyde’s basement, it becomes clear how out of please my colleague and I are. 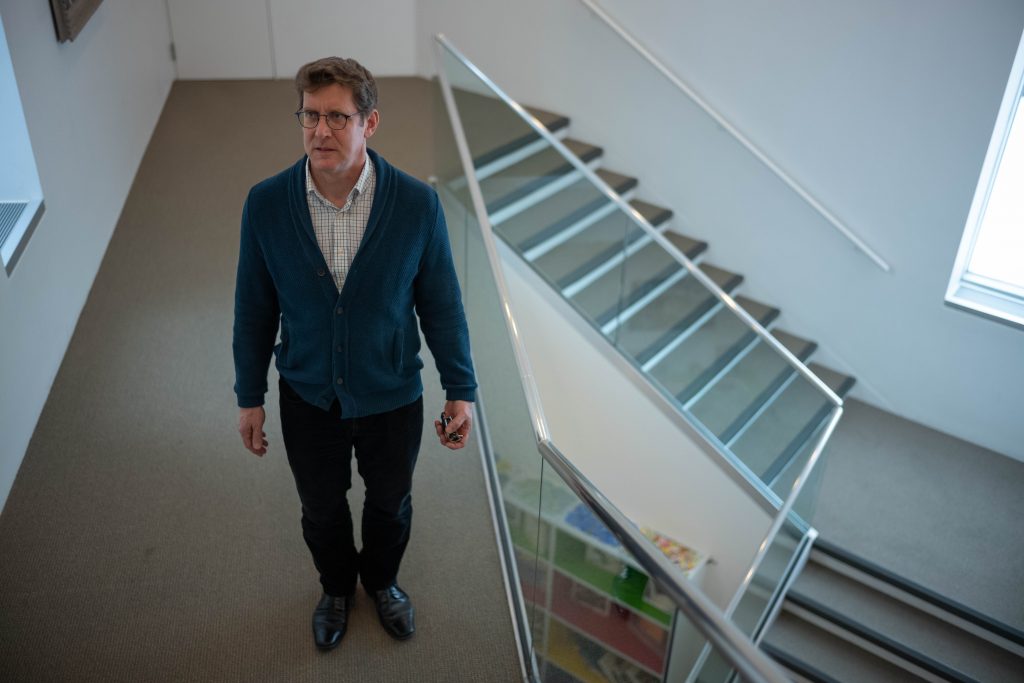 The mud on our boots and the striking blackness of our clothes quickly felt like an affront to the pearl white walls, floors and security doors we encountered on the way to the vault. We’re explicitly asked not to reveal the details of how we got to the vault or the process by which we were let in.

Richard, whose camera almost never stops clicking, goes silent until we get inside. Once there we are asked not to photograph any work in the basement that remains under copyright. 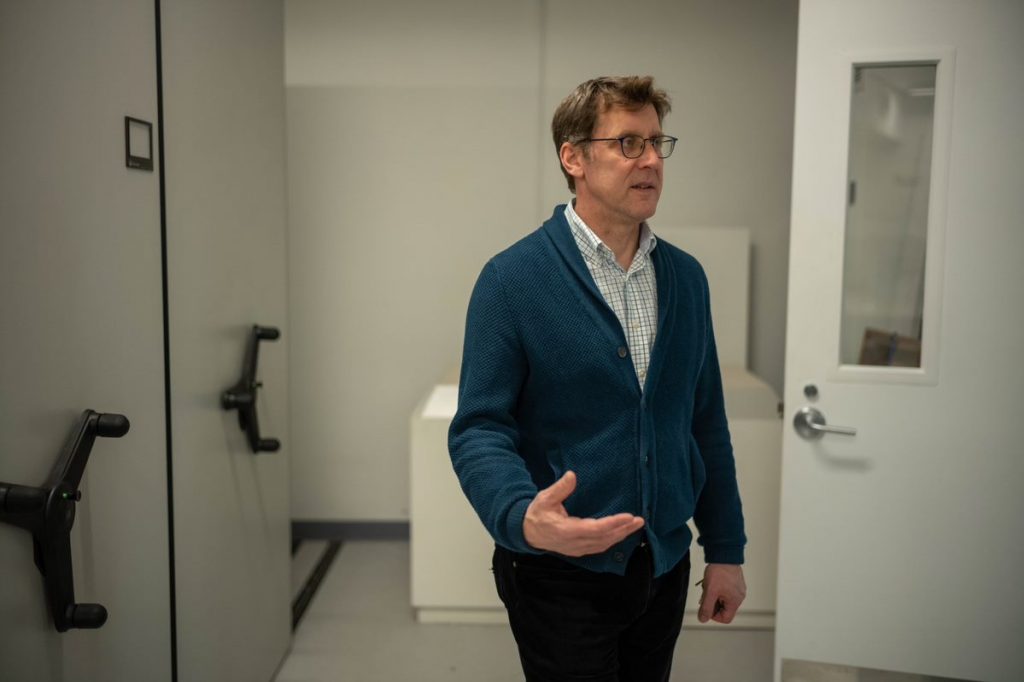 I position in front of racks of artwork and sculptures dating back over centuries and decide to go for it. “So, I’ve heard a rumor. You might have a Da Vinci somewhere down here. Do you?” I chortle, knowing just how dumb I sound. This isn’t just some rumor.

The Hyde previously displayed a drawing attributed to Da Vinci titled “Study of the Mona Lisa Circa 1503.” They did so acknowledging openly that not everyone was sold on its authenticity. The New York Times wrote about it in an April 2006 piece noting the rise in popularity of Da Vinci’s work following—you guessed it—the release of the tepid film adaptation of the also tepid Dan Brown novel, The Da Vinci Code. Then museum director Erin Coe was quoted as saying: “This drawing is as ambiguous and enigmatic as the painting. It is considered a sketch possibly for the masterpiece, but it’s only attributed to Leonardo. We don’t know 100 percent sure that it’s his.” 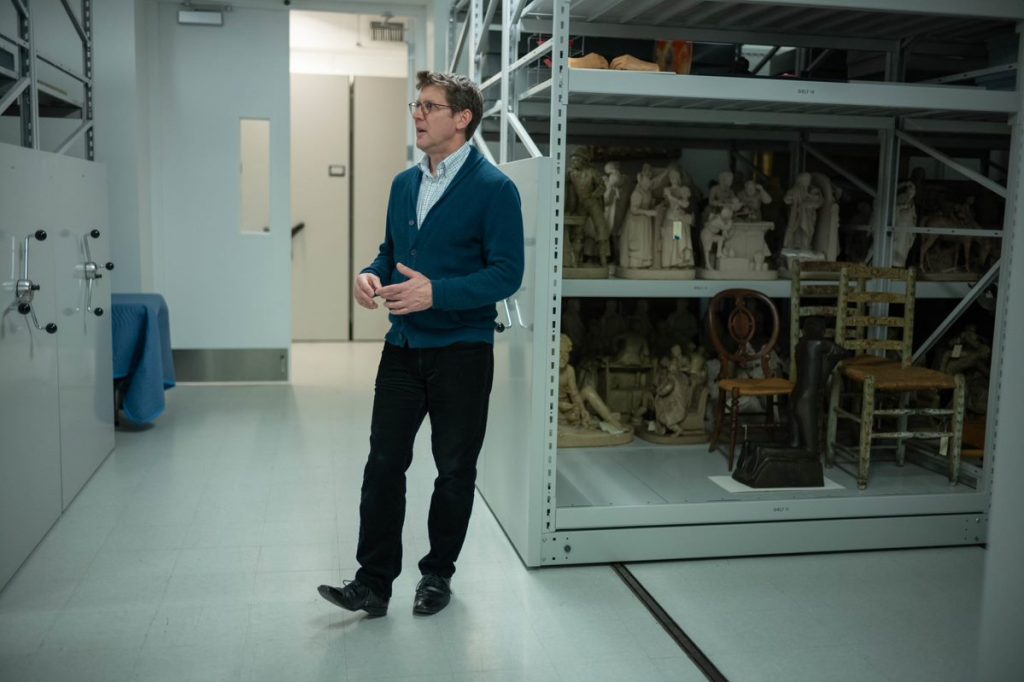 Canning, a proper and up-to-this-point dour British man, cracks a bit of a smile. “There was a work Mrs. Hyde acquired and it is in the catalog. She thought it was a Leonardo Da Vinci but scholars aren’t so sure now. I recently had a curator from the National Gallery visiting. She looked at it and her feeling was that it didn’t make sense to her that he would have made that So that’s something we keep in storage because we don’t know what to say about it.”

This isn’t exactly a rare phenomenon in the art world. The legitimacy of pieces are routinely challenged, works dismissed and written off, only later to be accepted as legitimate. It’s even happened at The Hyde. Canning says he was surprised while perusing the catalog for a recent exhibit of a 14th-century Italian artist. A work that is part of The Hyde collection was part of the catalog. Low and behold, Italian experts now believe the work is legitimate.

“Now I need to decide where I’m comfortable—is the old opinion right or do the Italians have it?” Canning asks.

Just this month the Center for Research and Restoration of the Museums of France found that ‘Nude Mona Lisa’ a sketch attributed to da Vinci’s students was completed in the master’s studio and likely done by the master. Various techniques revealed that most of the drawing was completed by someone left-handed, as da Vinci was. Experts admit they may truly never know for sure who is responsible for the work.

We spend a bit more time in the vault discussing recent gifts. The Hyde is constantly working with possible new donors. As a small museum in a world where larger institutions are now the beneficiaries of most charitable donations, Canning’s pitch when trying to convince collectors to trust the Hyde with their art, is that their gift will make much more of an impact here than at a place like The Met.

The Hyde recently doubled its collection of modern and contemporary work, thanks to a gift from Werner Feibes and James Schmitt. The couple’s extensive collection of non-objective pop art gives The Hyde a foothold with more modern art, displaying works from Keith Haring, Louise Nevelson, Robert Rauschenberg, and Andy Warhol. The Feibes & Schmitt Gallery opened at The Hyde in 2017 and only features contemporary work. 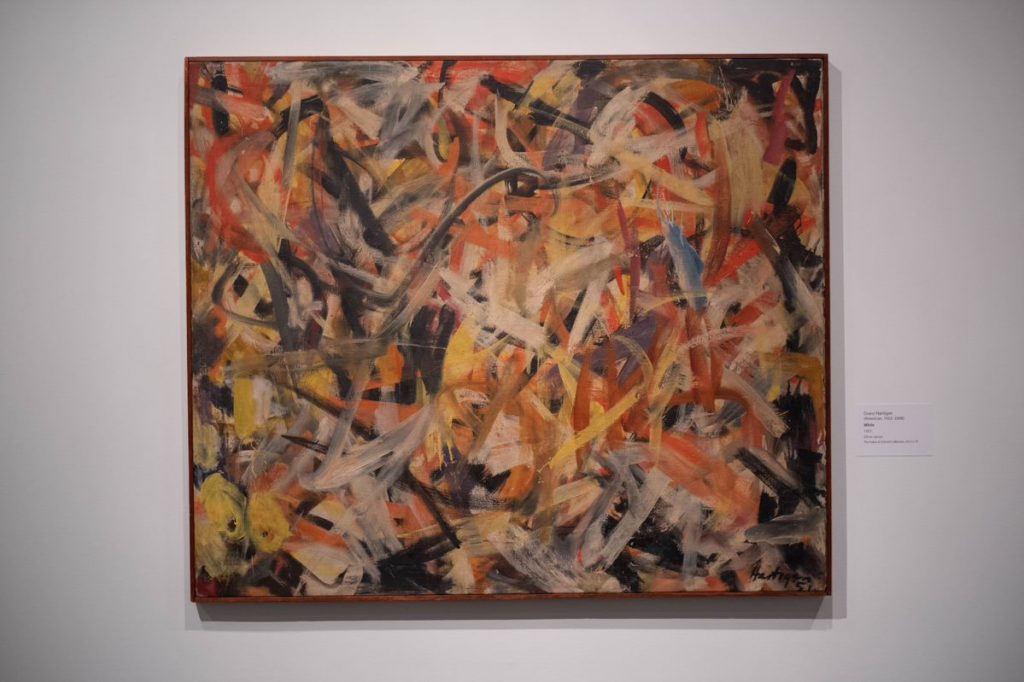 I ask Canning how he first came to discover The Hyde, a museum that boasts the works of masters but resides on the southern frontier of the Adirondacks.

“I first came across it when they were looking for a director and a friend of mine had applied here and didn’t get the job. Shortly after that the curator position came up and I was in Chicago at the university museum and I was ready for a change. It came down simply looking at the names in the collection here, from Rembrandt to Rubens, Winslow to Picasso. It was a collection upgrade for me and that is what curators look for.”

What is perhaps most unique about The Hyde is that it was pieced together by a wealthy couple outside of the main art world. While Charlotte Pruyn Hyde maintained an apartment in New York City and she traveled with her husband, they still remained fairly independent of the larger art world and lived in their home across from the paper mill they owned in Glens Falls until the time of their deaths. 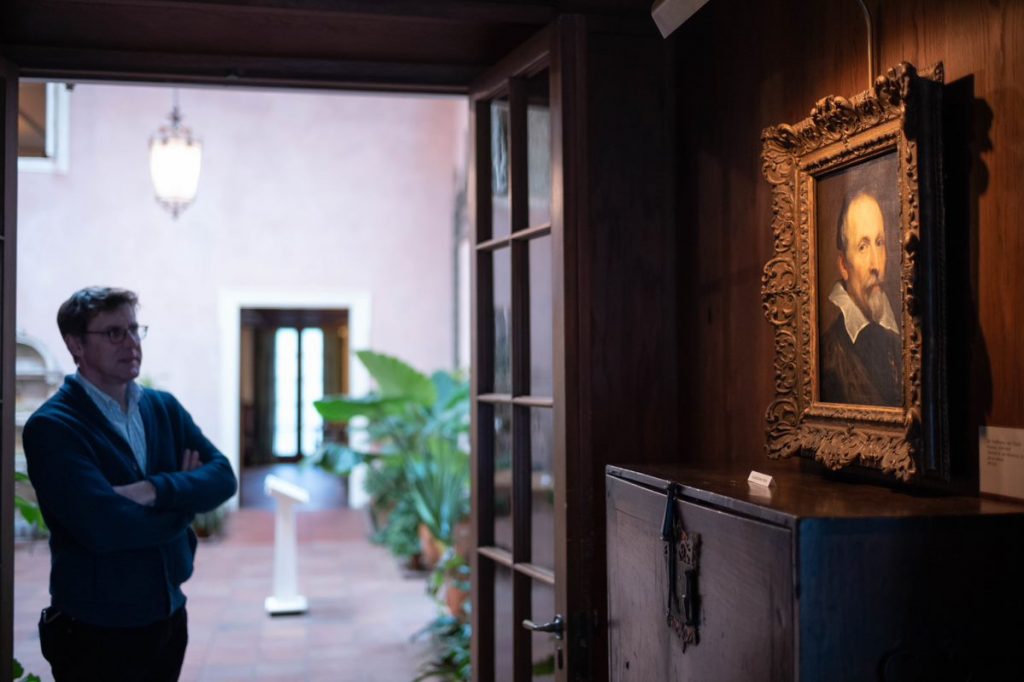 As Canning points out, despite their wealth their home is fairly modest. Charlotte was a forward thinker and wanted their collection to grow by collecting abstract and modern works all of the work fits with her modest sensibilities. Most of the art, even the abstract pieces, feature the human form. The religious iconography featured on the earliest works is not particularly brutal or over the top. “You don’t see martyr’s writhing in the ecstasy of suffering,” notes Canning.

As much as The Hyde changes, it remains a very clear testament to the sensibilities of the woman who put it together. And as such it retains a very deep sense of mystery.

While you probably can’t get a personal tour of The Hyde’s vault you can see some of the staff’s favorite pieces that are usually stored there by checking out the current show From the Vault: Staff Selections. It runs until March 24.

Here is more of The Hyde Collection proper as photographed by Richard Lovrich: 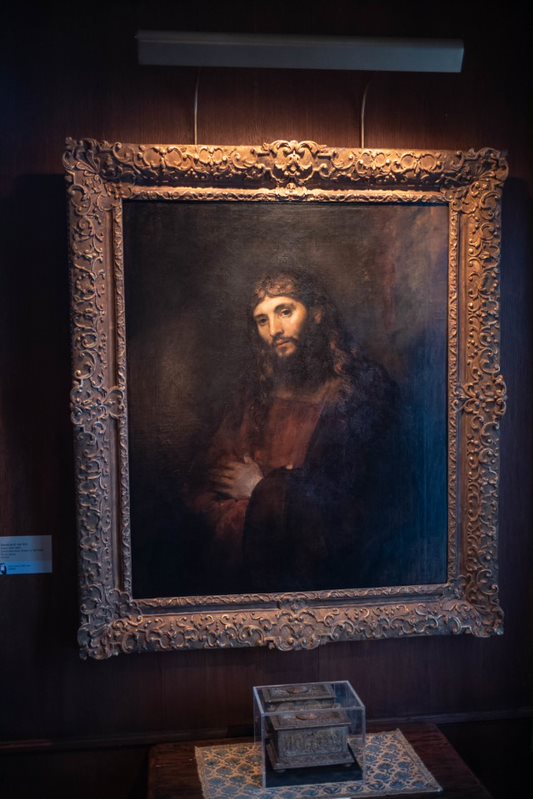 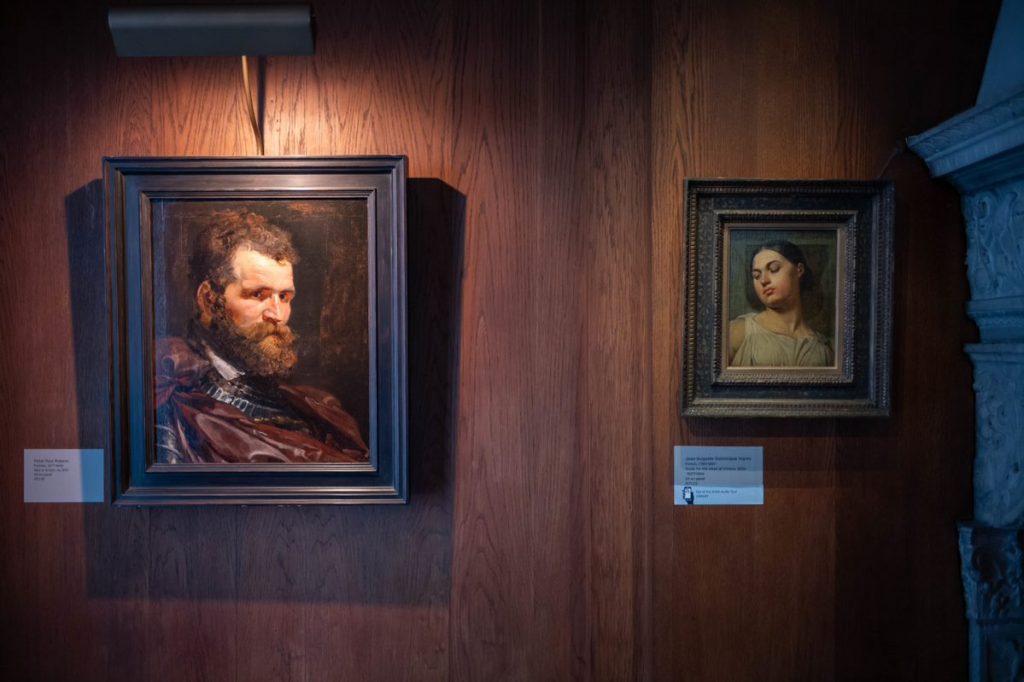 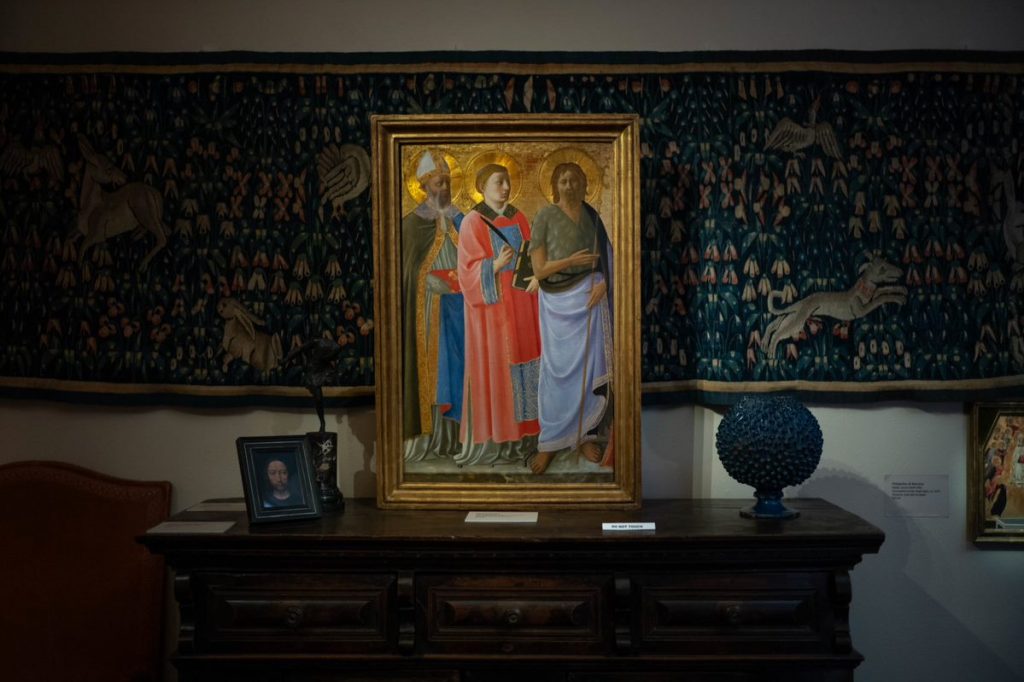 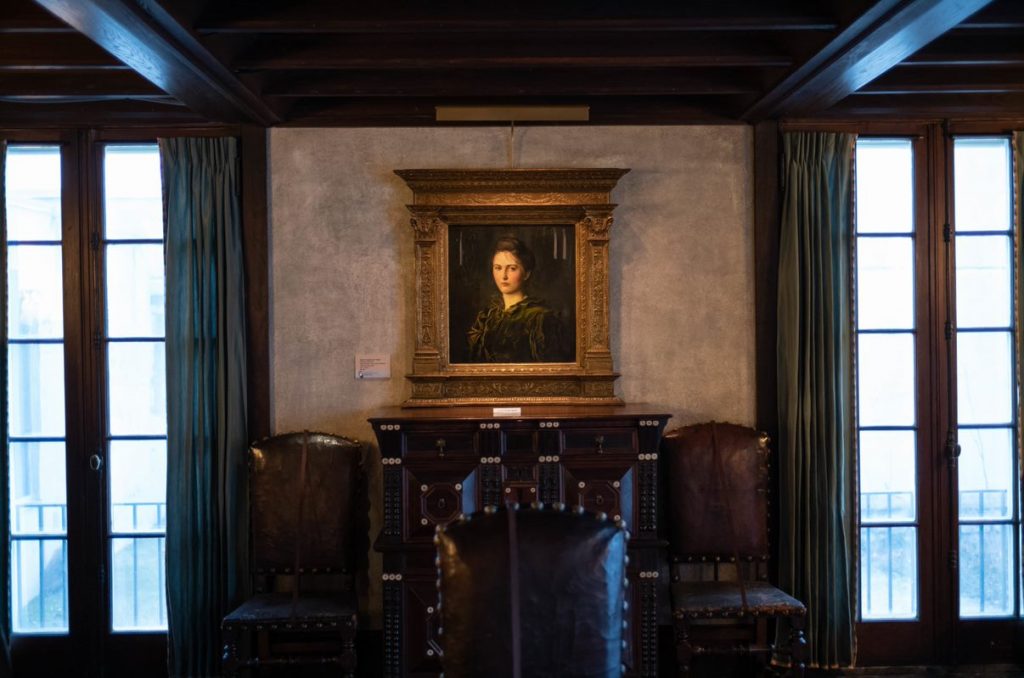 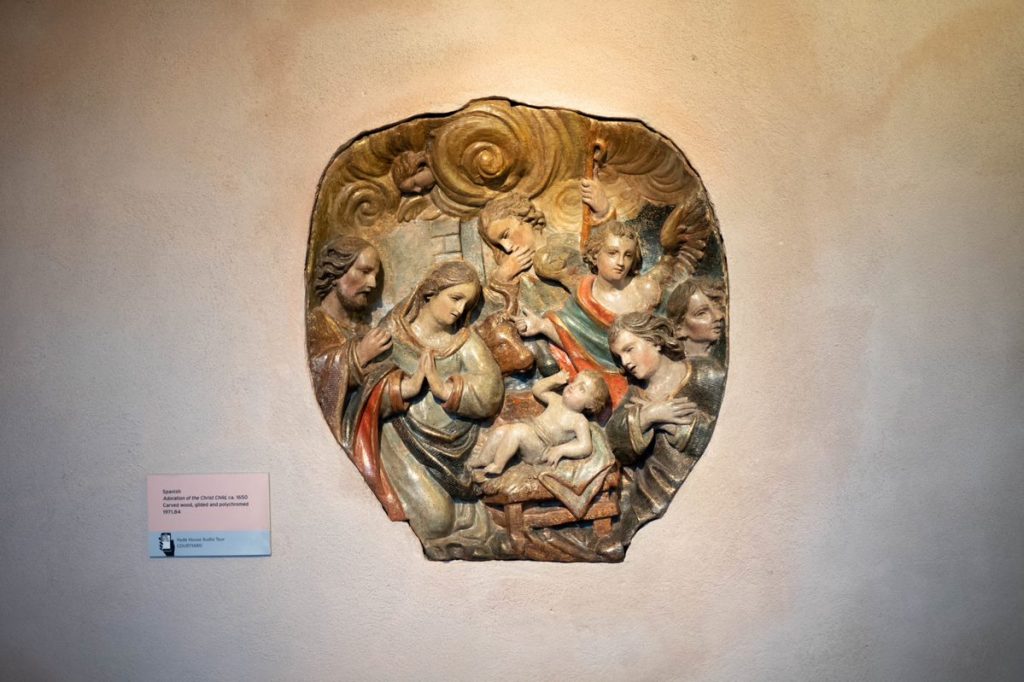 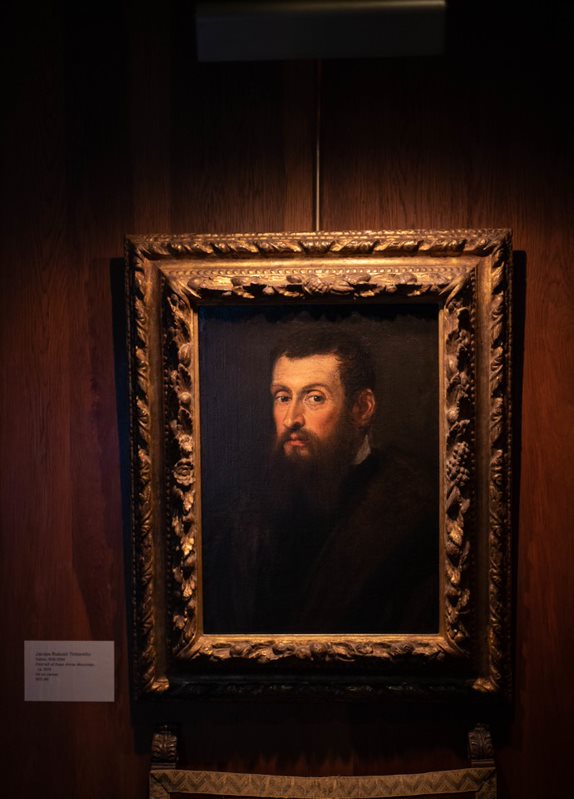