If Mark O’Brien had his way, he might be penning Broadway musicals or performing new jazz-pop standards at hip speakeasies. Instead, he’s living with the constraints of his musical ability and the limits he places upon himself while recording and performing as a one-man band called Scum Couch.

His latest release, Righteous Climb (out on Fuzz Records), has the hallmarks of the piercing slog of noise rock of bands like Steve Albini’s Shellac as well as that particular band’s disinterested self-deprecation and searingly sarcastic takedowns of modern society.

And yet, O’Brien has no real interest in or deep knowledge of noise rock. He’s arrived there by accident through honesty, self-reflection and, again, limitation.

O’Brien utilizes provocative and visually gripping videos to bring home his goading message. His videos demand viewers think about his flaws as much as they invite them to take a look at their deeply ingrained vanity.

Scum Couch shows are equally full of tension and duality.

“I want the audience to be on the edge at all times,” O’Brien explains. “I want the sense that something’s going to go wrong. It’s going to fall apart. It’s like watching a shitty magic show. Or like a trapeze artist. It looks like they’re struggling and it makes it more exciting. You don’t want them to fall and hurt themselves, but they land and you’re like, ‘Holy shit! That was cool.’”

O’Brien is more than humble. While belittling his own skills as a drummer, he muses that his work in Scum Couch comes from his distrust of other people’s motives. “It feels like people just do things for their own brand these days,” he says. “It’s not authentic and that is why Scum Couch exists to make people look at that.”

It’s not that O’Brien doesn’t or hasn’t played in other bands. In fact, he’s already left a significant musical imprint on the Capital Region. His entree into the music scene came when he joined Aficionado while in college. “August Rosa (now owner of Saratoga and Albany-based bars ) saw me walking around campus in an At The shirt and he told Nick Warchol I should be in the band. So I was.”

Growing up in Windham as a self-described mountain boy, O’Brien got into the Deftones and what he describes as “Groove Metal.” He makes no claims to pretentious taste or “proper” influences.

Aficionado went from a Capital Region favorite to a reliable indie touring band with a national following. The band broke up in 2013, reunited in 2017 for a few shows and has been quiet since.

O’Brien says Aficionado made him a better drummer. With nine people contributing to the band’s diverse and often evolving sound, he didn’t have much of a chance to implement his ideas. And, of course, he was just the drummer. “I look back and at where I am in my life now and I’m happy with it. And that’s kind of it. I don’t need to listen to the music ever again. I don’t have that need.”

O’Brien stayed busy, playing in Patrick Kindlon’s Self Defense Family on and off, as well as indie-noise melody makers Death Vacation and doom metal stalwarts Hush. Death Vacation is set to drop a new release on April 20, and Hush will enter the studio for a new album this spring.

Perhaps as important as Scum Couch’s compositions are the accompanying visuals. Righteous Climb adds to that sense, thanks to a set of new videos. The stunning album cover features what appears to be a hiking outfit designed for below zero temperatures, with the remains of a head tucked under a white, fur hood, and a set of stark black and white photographs by Ryan Slowey, the album’s producer and Maggot Brain guitarist.

With 10 releases since 2016, O’Brien is both prolific and, well, not. His latest EP doesn’t quite clock in at 10 minutes, which is a pattern followed by 2018’s Contrived and 2017’s Ignorant Bore. It took nearly two years for O’Brien to get Righteous Climb where he wanted it, which is long measured in Scum Couch time. “When you finally get it out there, you’ve heard these songs so much and you start to lose interest. When you release something you’re like, ‘That’s cool. I’ve heard these songs for two years, I don’t care anymore.’”

So what is O’Brien in it for?

“It’s something of a balance,” he says. “Like everyone, I say that I make music for myself. I’m also making music and putting it out there for people to see it and get some kind of either positive or negative feedback. It’s, it’s all the same. It’s all somebody looking at you.”

The Scum Couch aesthetic is encapsulated by the track “Judy” off Righteous Climb. Over bubbling feedback, plodding drums and a squealing saxophone, O’Brien narrates what could easily be the plot to a David Lynch film. Picture a trip to a “donut shop” with his mom behind the wheel, when suddenly someone’s skin is peeling off and someone pleads, “Don’t take me to the hospital/ don’t take me back to that church/ Please don’t take me home again/ Just leave me on the side of the road.”

Whether people appreciate O’Brien’s music or not, whether it brings fame and fortune or continues to be an outlet that his friends enjoy, that allows him to challenge listeners, Scum Couch is a permanent part of him.

“It sucks I chose the name Scum Couch because I want this to last forever,” he says. “There’s no reason for it to not last, right? Because it’s just me. Like why would I not? But when I’m like, 70, and I throw out a new Scum Couch EP, it’s going to be a little weird.” 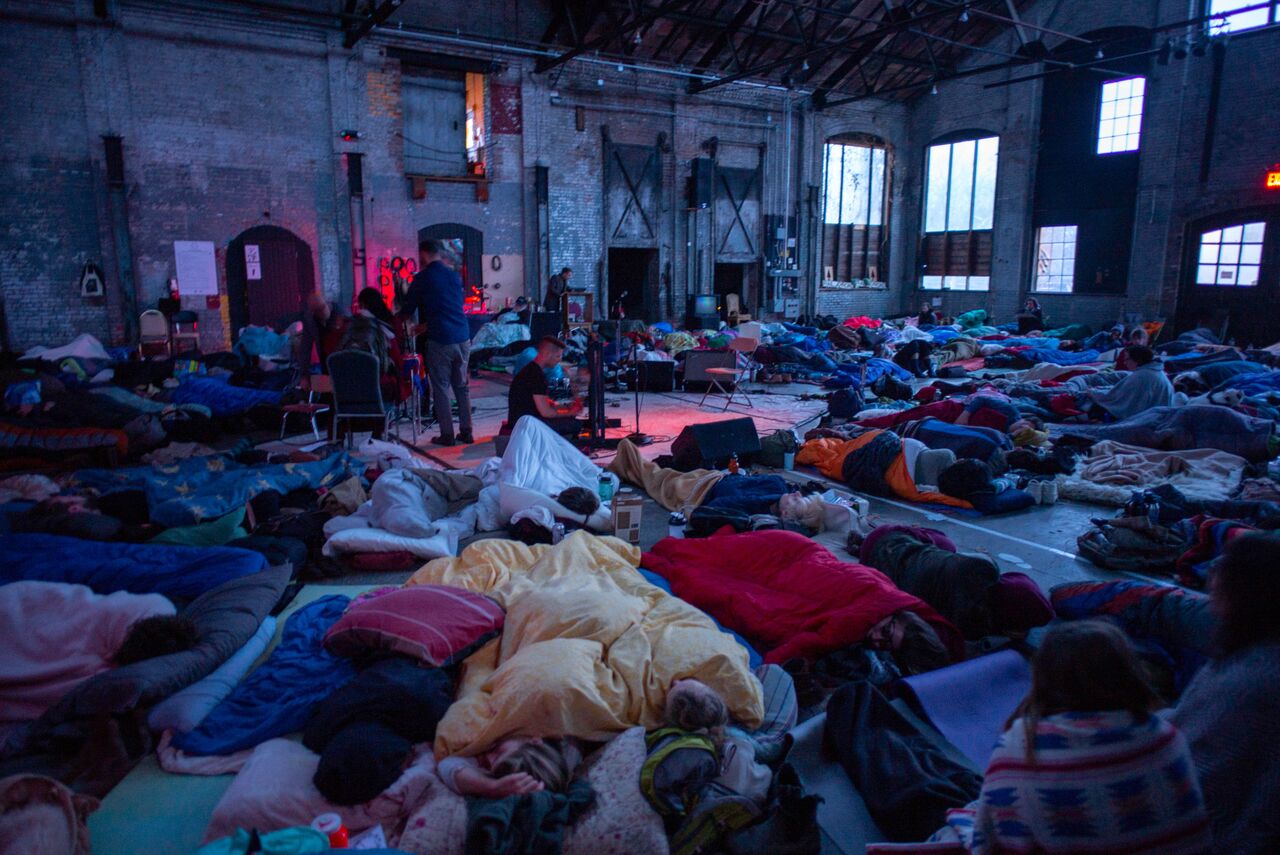 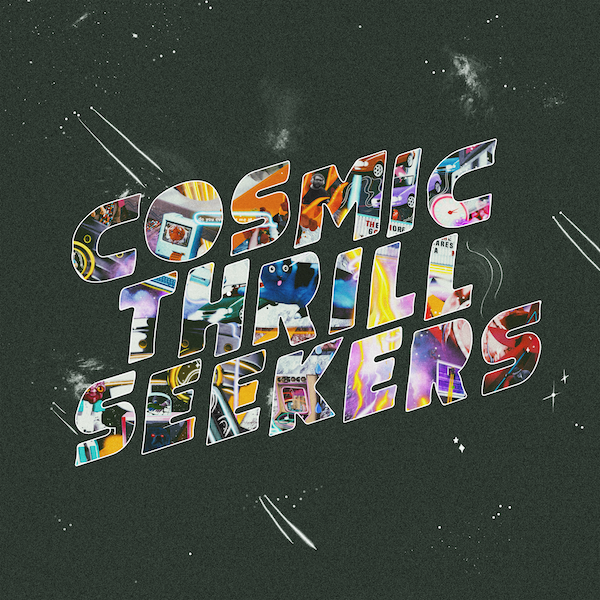 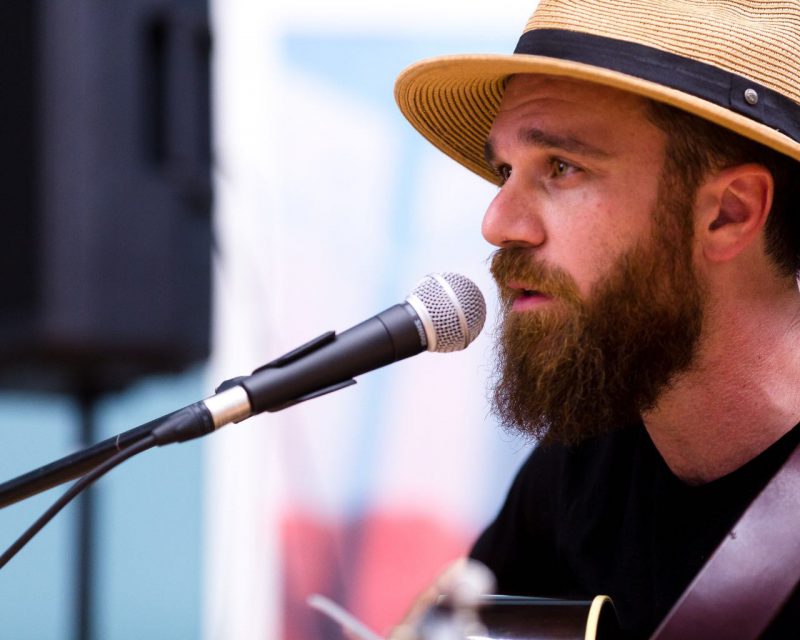