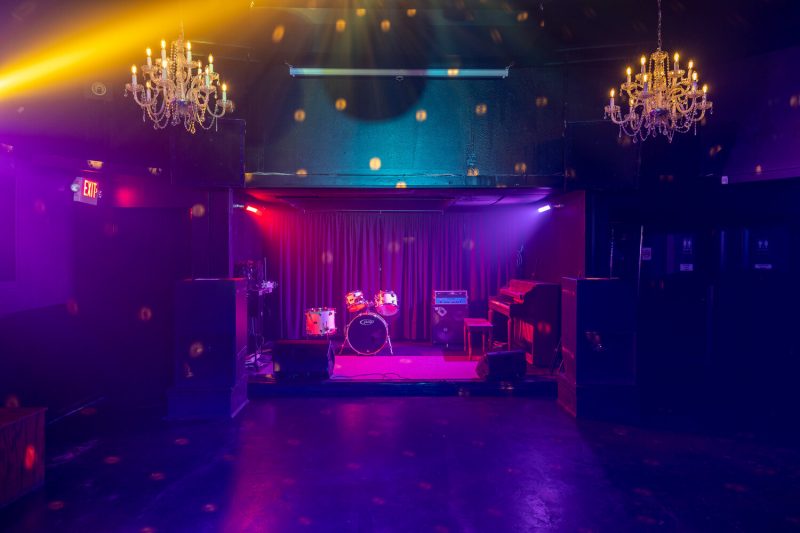 Queens transplants Liam and Laura Singer opened their cafe, bar, art gallery and performance space HiLo Catskill in spring 2017, drawing artists, musicians and art enthusiasts shaping the space to fit their own styles. In the up and coming Greene County village, the Singers seem to be leading the community arts movement by accommodating a plethora of styles and arts. The greatest example lies in their newest venture: The Avalon Lounge.

Dreamt up in October 2018, when the growing list of events bringing people to HiLo began to push the noise to an uncomfortable level for their neighbors, the Singers decided to find a new home for their louder, more experimental music booking and their growing late night crowd.

“[HiLo] is just one big room, sometimes shows are a problem cause bar noise could drown them out,” Liam Singer says. He describes their original cafe space as “quirky,” a home to a shows like a regular “moth radio hour” style story slam and 8 a.m. ambient DJ set every other Monday. “We really thought that we would just be having shows once in a while there,” he says. “Within six months we were filling the calendars, solely from artists approaching us, because there was just a need for a less formal venue in the area.”

Each room at Avalon takes on a personality inspired by a variety of cocktail lounges in Milwaukee and Chicago the Singers visited last summer. The upstairs lounge gives off a cozy, familiar ‘60s to ‘70s living room vibe (patterned felt wallpaper, velour couches and all). It feels like Technicolor mod, like stepping into a different time period every few feet but you just can’t put your finger on the “when.” 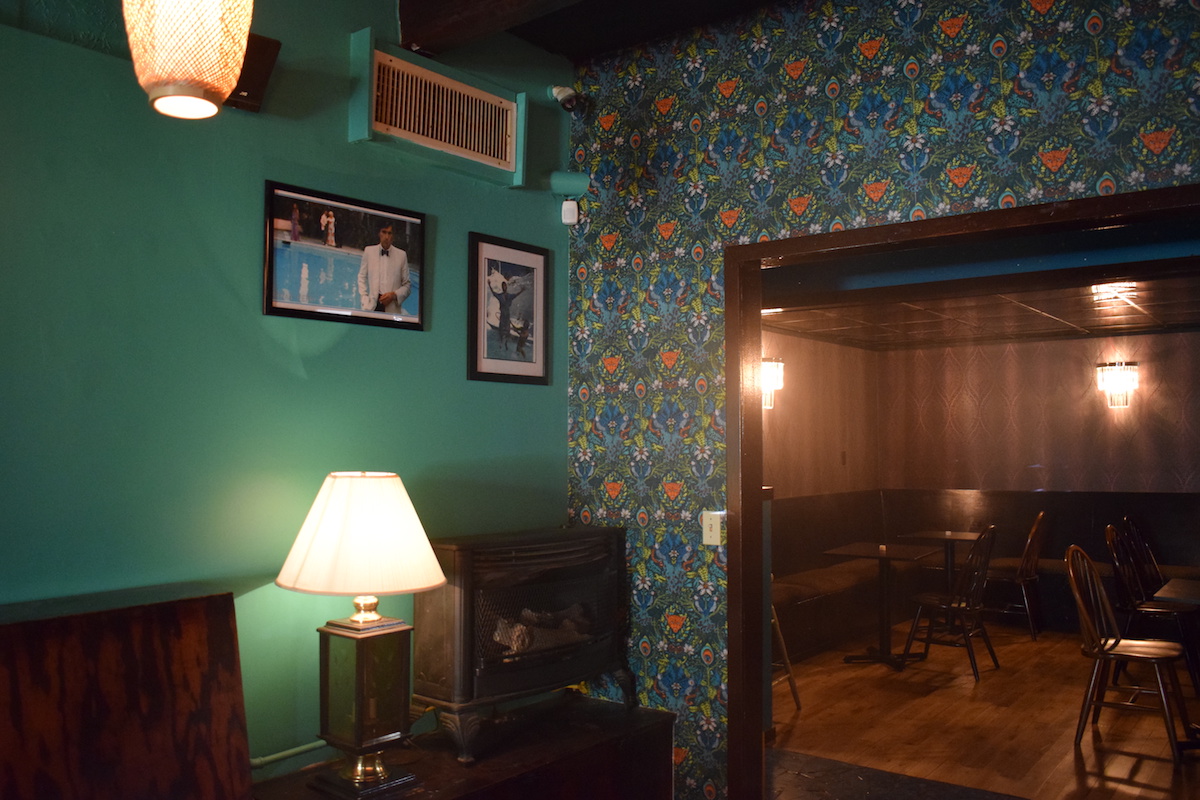 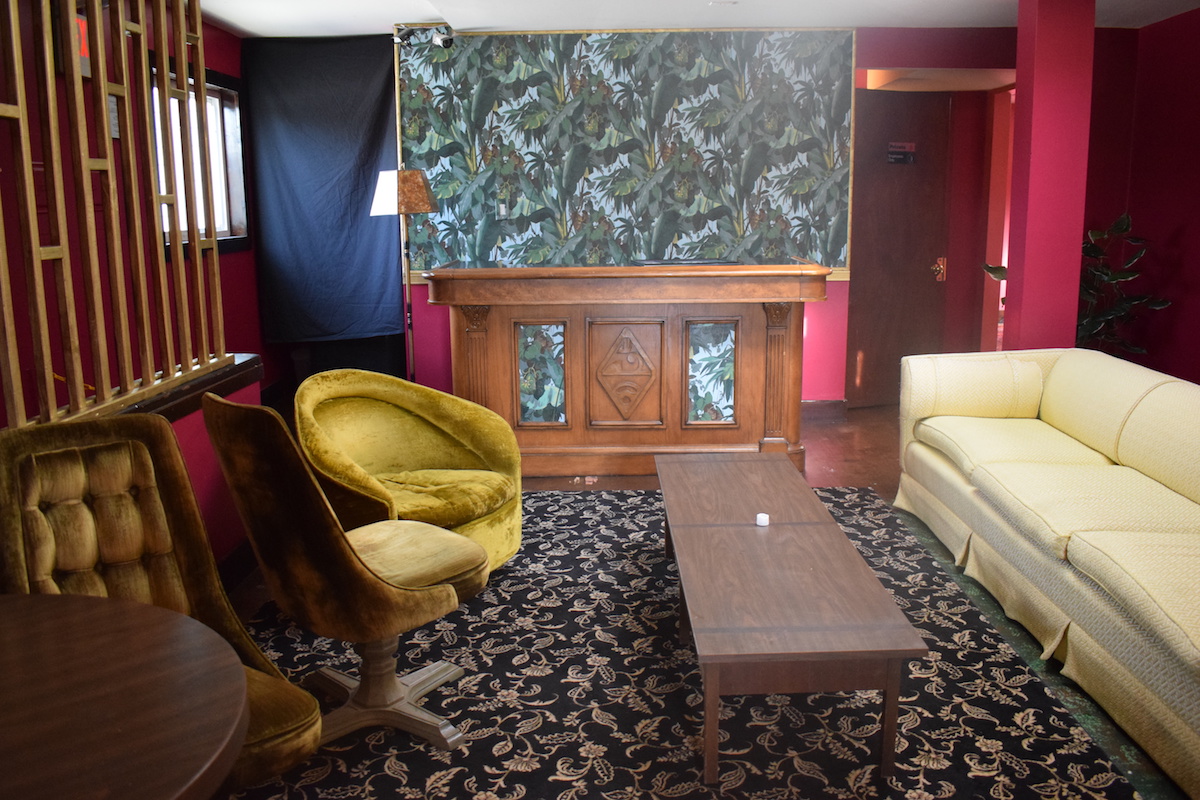 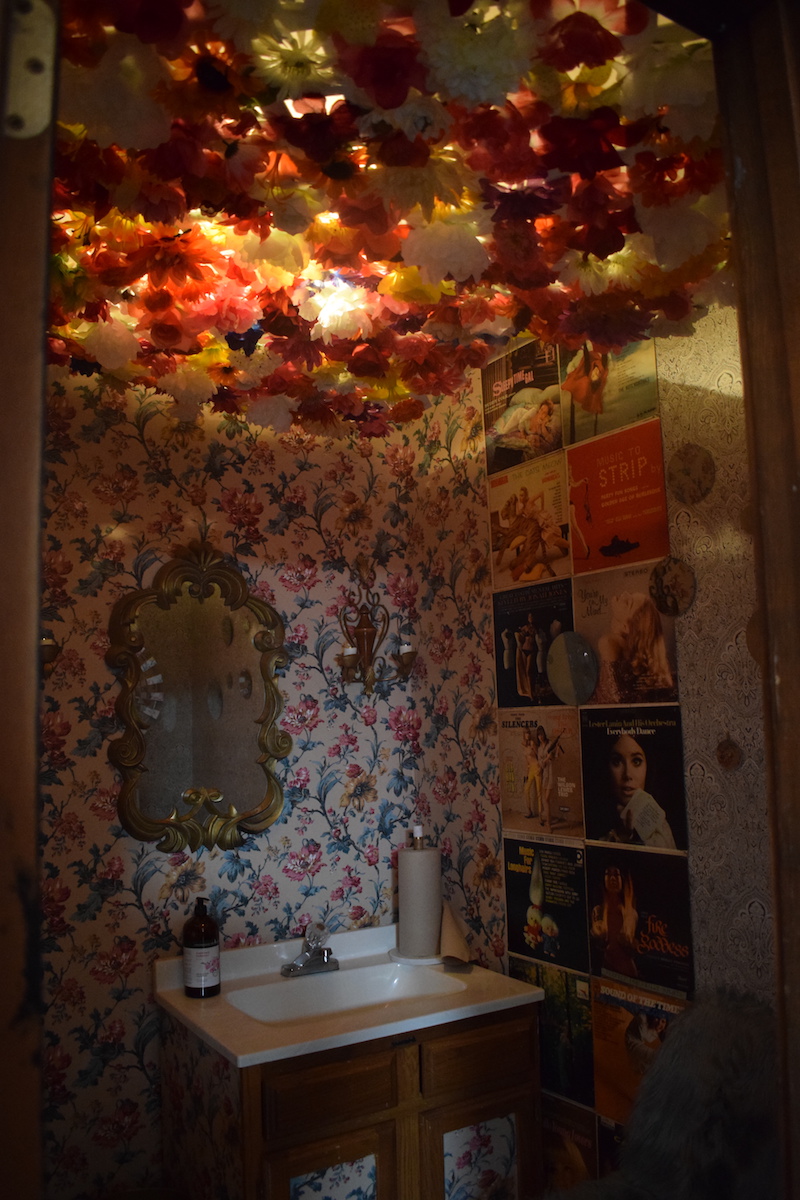 Most of the decor was provided by local thrift shop owner Deb Parker of Sister Salvage on Main Street. One regular dropped off piles of wood to the Singers to be turned into the polished bar tables. It’s a stark difference to the traditional dark cave of the downstairs performance space—alive with a blacklight art bathroom and dancing lights that bounce from the chandeliers. There is a home here for noise and acoustic acts alike.

Singer, who has been booking informal shows and festivals on friends’ properties and small venues most of his adult life, says the space is helping him get a better grip on booking so he can best serve the artists who have come to play in Catskill.

“I’m learning even more about what brings people out,” he says. “How do you try to get the word out? What works and what doesn’t? There is a built-in crowd in Catskill who will come out for shows, but it’s a small town, so it’s limited. So if any show is really gonna be a huge success in terms of attendance, you’ve got to convince people to drive here. It’s a matter of demonstrating to people that this would be worth their time and energy.”

It’s a delicate balance of bringing in new and different acts while building a returning audience. A lot of that struggle, faced by any and all small business owners looking to open a venue with draw, has been alleviated by way of the Singers’ HiLo booking. One of the most successful shows they’ve had since opening—bringing in about 90 people, Singer estimates—was an album release party for a Catskill indie band who had played their first show at the cafe. 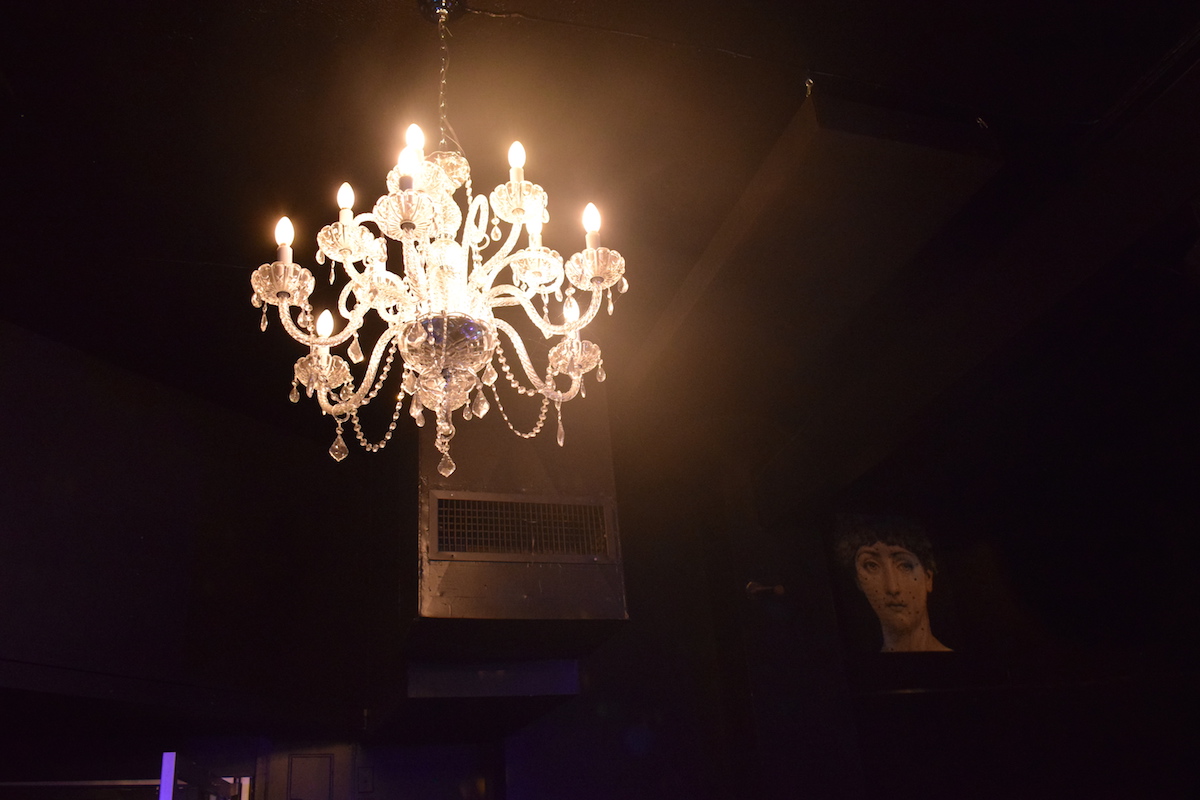 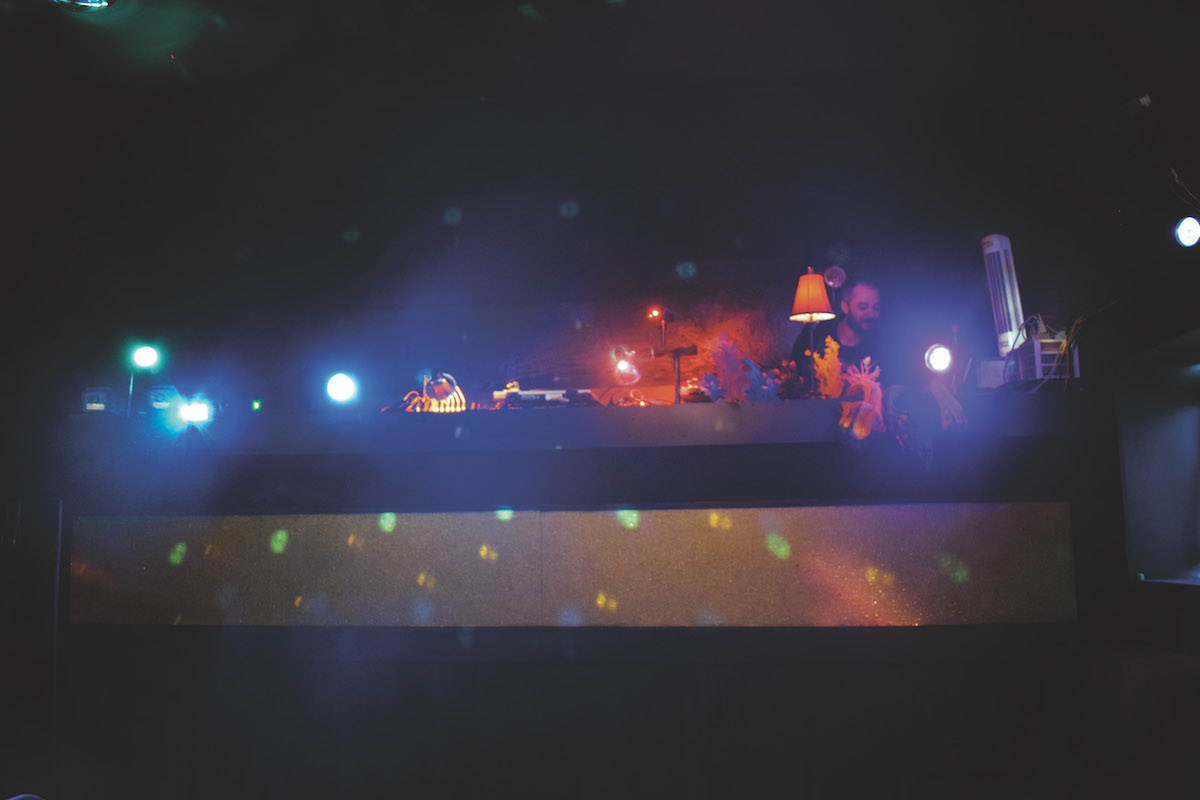 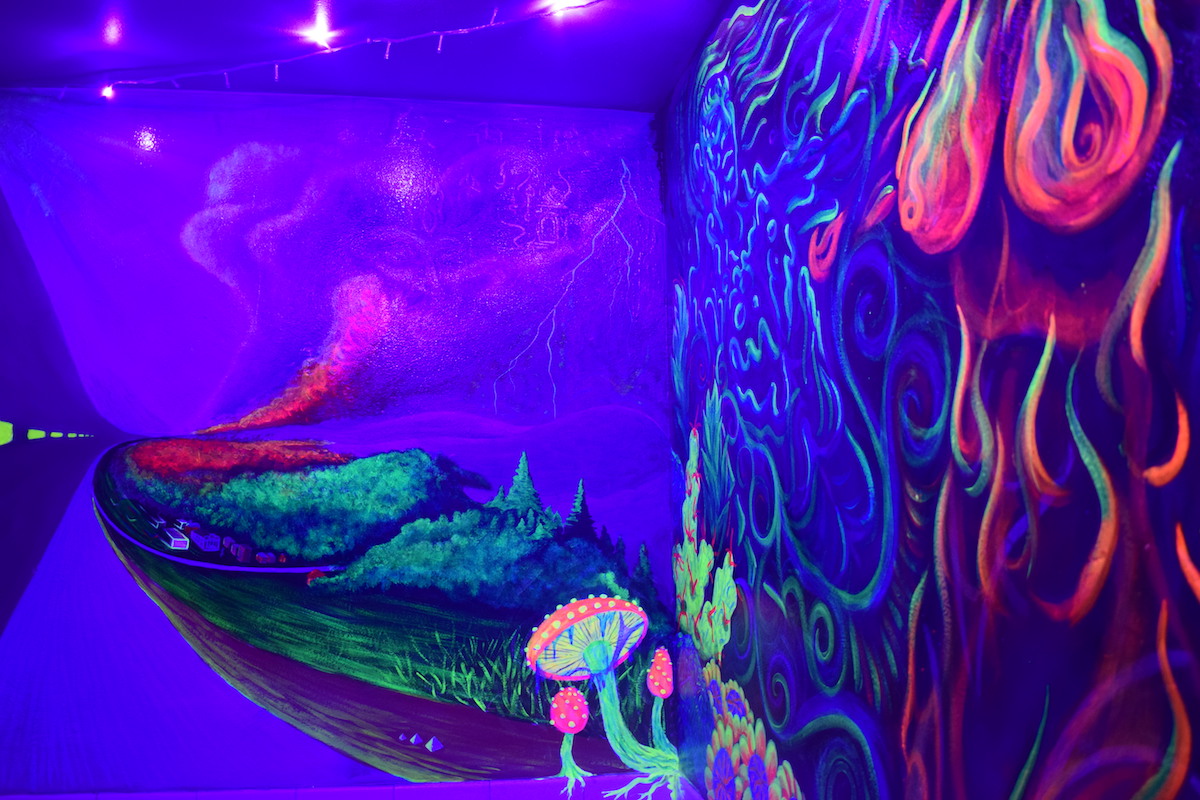 “We’re trying to have different kinds of parties. We’ve had some really successful ones and some that are just crickets so far, but you know, we’re just six weeks in,” Singer says.

Singer recognizes the difficulty of pulling in an audience while relying solely on a business’ identity as a bar, a cafe or a venue. Between HiLo and Avalon, the Singers have covered quite a bit of ground.

The kitchen boasts a fresh menu of Korean fare, with local legend “Annie” (who has cooked in local high-end restaurants as well as the county prison) at the helm, slinging dishes that keep the Catskill audience on their toes and coming back for more. The menu includes bibimbap, bulgogi, steamy dumplings, their über popular Korean spiced chicken wings and banchan appetizer plates. 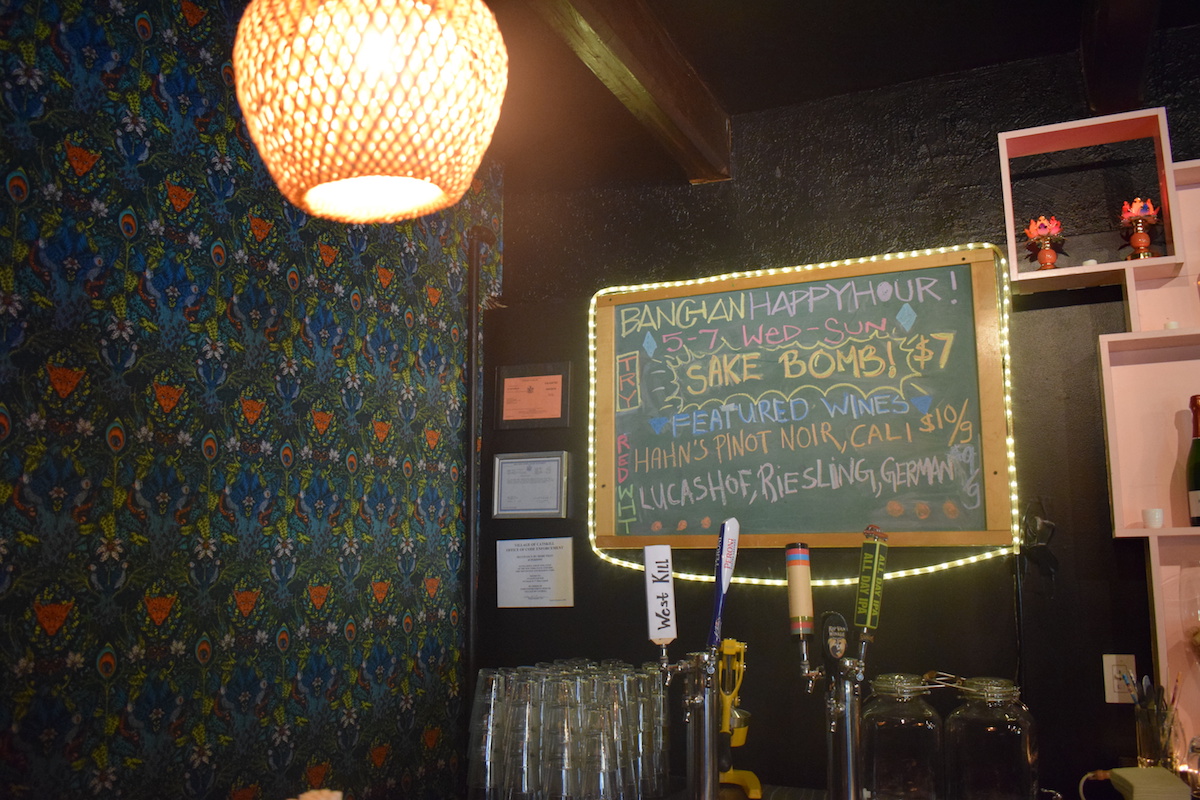 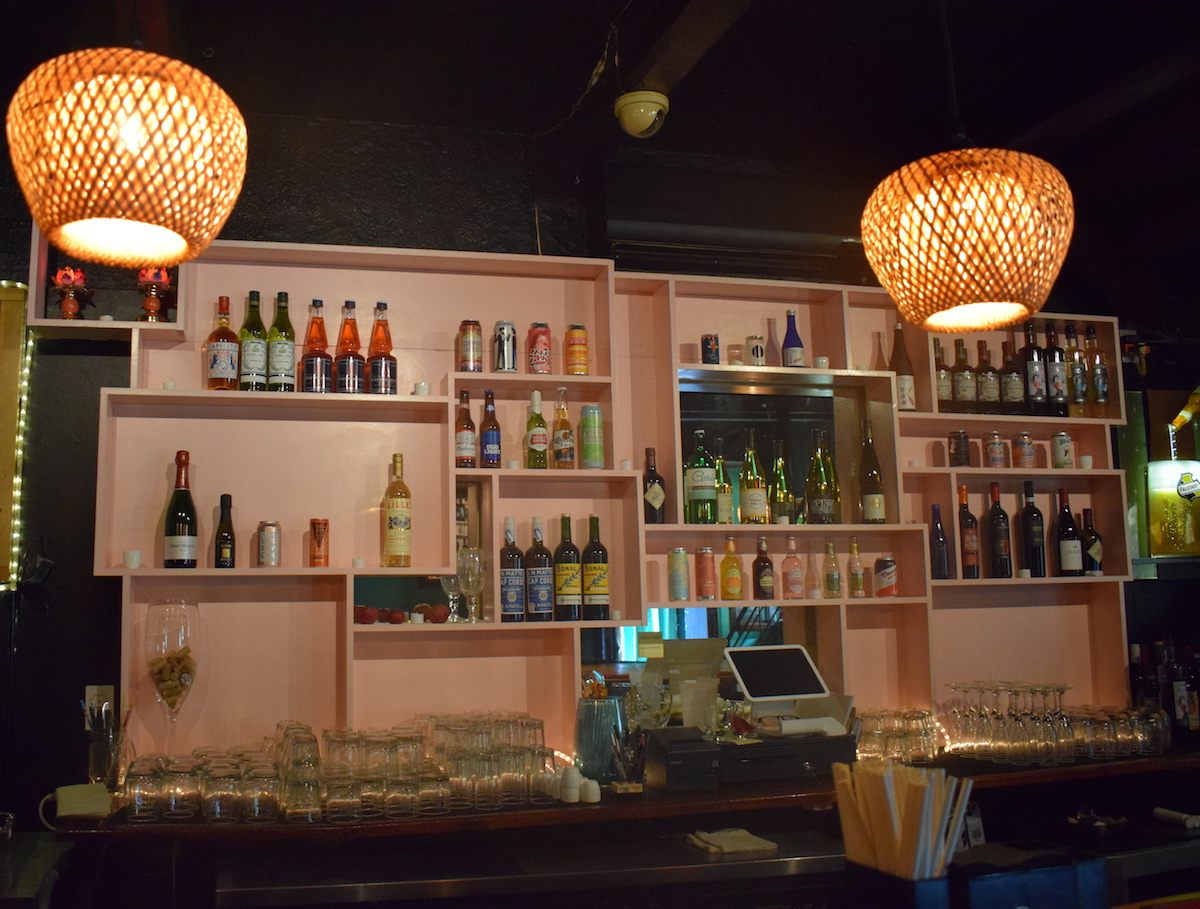 “She’s lived here for 30 years and she was a little reticent to do Korean food even though that’s her cuisine,” Singer explains. ‘She was like, ‘No one in Greene County wants Korean food.’ And we said, ‘No, I’ll bet you they do.’ Even customers I was worried might be alienated by it have taken to it really well. There’s some more accessible things like Korean chicken wings and stuff, but even the more unusual stuff people have really been excited about.”

From the decor to the music to the food, Singer prides his new space on being able to “work with what it’s got” and thriving on it. He hopes The Avalon’s personality and range of shows will bring in an audience that connects with the space in an authentic way.

“Anytime I go into a business, I want to see evidence of someone’s passion,” he says. “I want to see that this is someone’s dream, that they cared and they made it.” 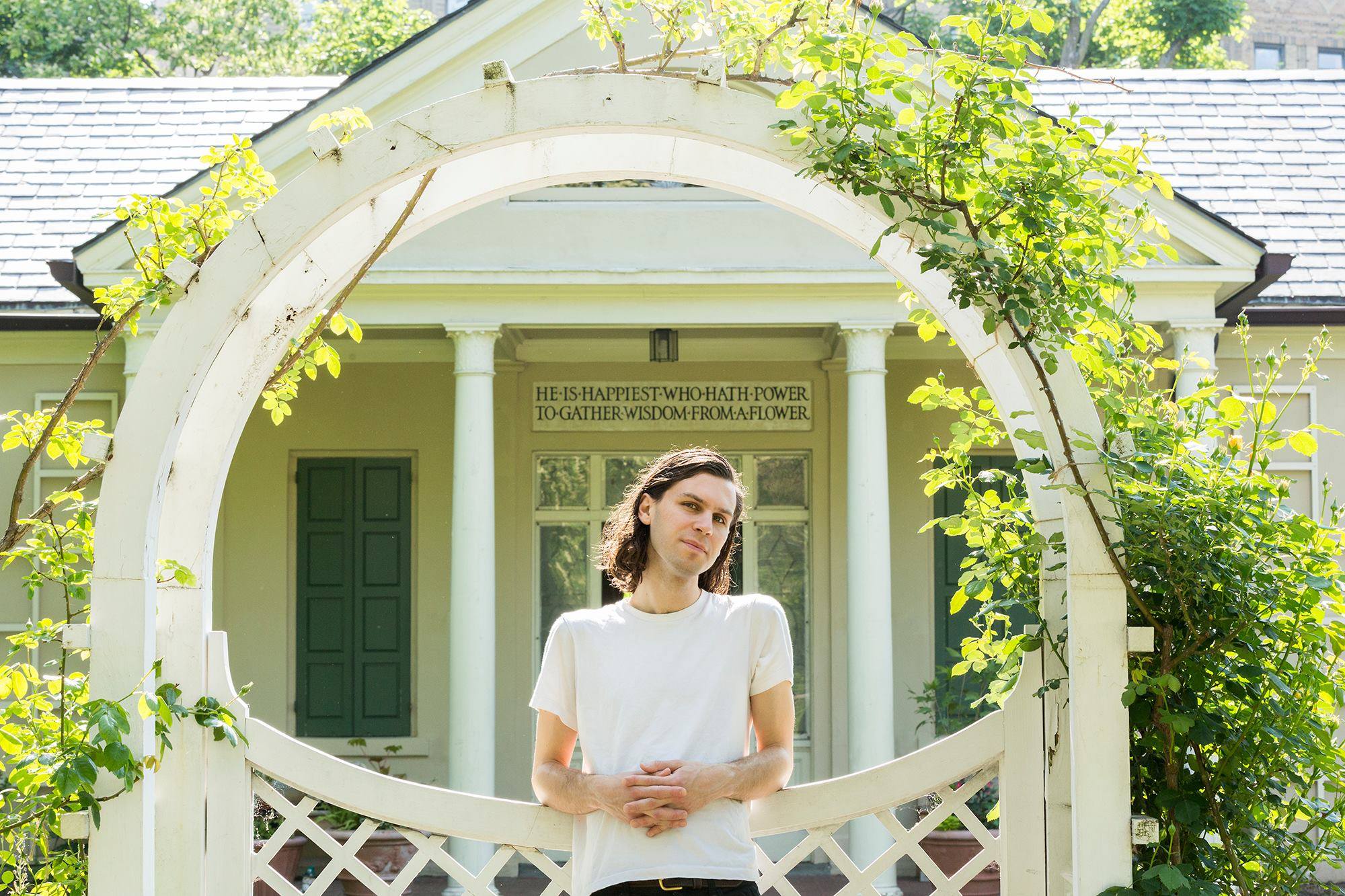 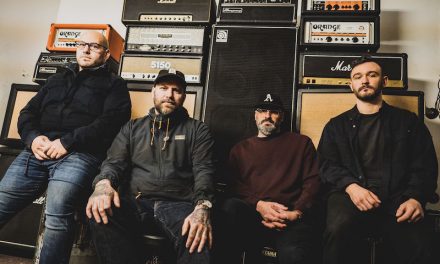 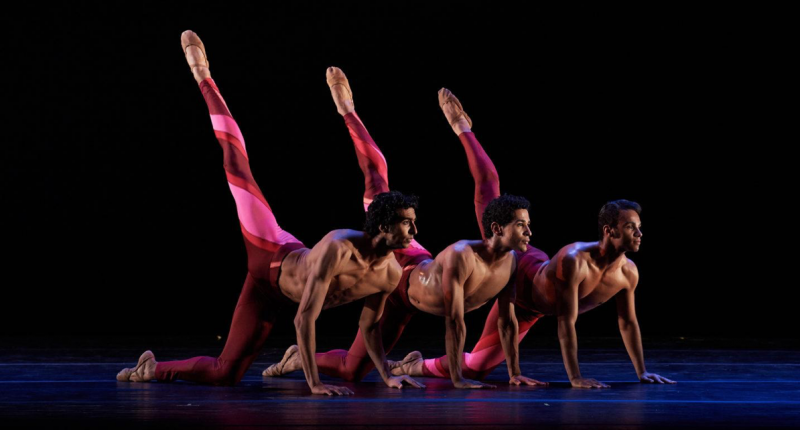