With a population of less than 3,400 people and the effects of a 2016 water contamination scandal still fresh on people’s minds, it might seem unlikely that a village on the outskirts of Rensselaer County is evolving into a hub for upstate New York’s burgeoning cannabis industry. But Hoosick Falls is quickly brewing up a new concept of craft goods in the Capital Region.

The co-founders will also be working with Jeff Milliron, a lab tech at Naturae Oils in Hoosick Falls and Mike’s younger brother and Kelly’s fiancé. “The industry right now is wild in New York,” Jeff says. Jeff is acting as a cannabinoid consultant, offering guidance on what varieties of CBD to buy from Naturae Oils, their wholesale provider and his employer. “We’re not sure where it’s going to go, so we’re just trying to put roots in the ground,” he says.

Those roots started growing when the trio were discussing Mike’s plans to open a second Iron Coffee shop in a high-traffic location, and how Jeff’s career in the local cannabis industry might fit in. “We were like, ‘Well, what do we do?’” Jeff remembers. “And we’re talking, and we’re drinking coffee and we’re smoking at the same time, and we were like, ‘Well…why don’t we just do that?’”

Mike, who opened Iron Coffee nearly three years ago after discovering a passion (and talent) for roasting coffee in his garage, will provide all the coffee for the business while they gather some momentum in the coffee- and cannabis-loving communities. His second location, which will be in a high-traffic area of Route 7 between Hoosick Falls and Bennington, will mimic the progressive coffee lounges in Amsterdam, offering Mike’s traditional coffee shop menu alongside a cannabis dispensary.

For Kelly, chief executive officer and the public face of Caffeine + Cannabinoids, this work is about education. As a member of the United States Olympic skeleton sledding team, she’s particularly passionate about creating a space for athletes, particularly those who are frequently tested for drugs, to reap the benefits of CBD without compromising their careers.

Her experience with medicinal cannabis started four years ago, when she broke both arms and wanted to treat her pain without taking opioids. Now, while she’s training for the 2022 Winter Olympics, she’s been working at HempChain Farms in Berlin. “I’ve been able to see it from seed to oil,” she says. 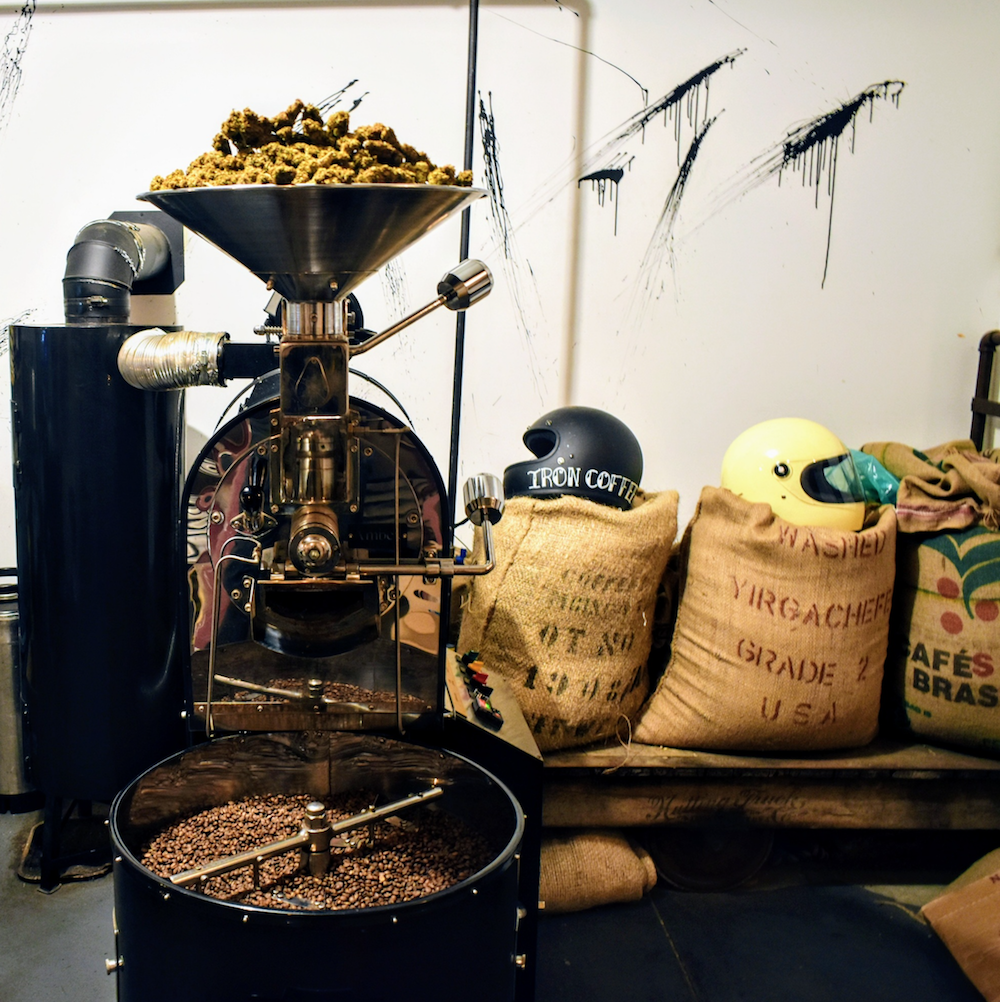 After having an incredibly negative experience with a CBD company that recruited her as an ambassador—before it was revealed they were using synthetic CBD that was mixed with synthetic THC oil from China—Kelly says being able to watch the full process from start to finish is important to her, and to the business as a whole. “That transparency is really key for us.”

In addition to the two storefronts in Hoosick Falls, though, the co-founders say that they want to blend two brick and mortar spaces with curating a lifestyle brand; as Jeff puts it, caffeine and cannabis are “life’s necessities.”

Kelly explains that the lifestyle brand will target people who use either substance as supplements. “Anybody that uses caffeine or cannabinoids, or both, I think would be intrigued by what we’re going to put out there,” she says.

What is CBD, anyways?

Cannabidiol—or CBD—is one of 119 identified cannabinoids found in the cannabis plant. Unlike its psychoactive sister, tetrahydrocannabinol (THC), CBD is derived directly from the hemp plant and contains little to no traces of THC, which means you (probably) wouldn’t fail a drug test after taking it and it can’t get you high. At the most, a few hits off a CBD joint bring about a sense of calm, helping to curb feelings of pain, anxiety and general discomfort.

Recently, CBD has found its way into mainstream culture, with everyone from makeup companies to hip cafes serving CBD lattes and lemonades touting its benefits. While research on the pros and cons of regularly taking CBD is still in its beginning stages, Harvard Health Publishing cites studies done on the effectiveness of CBD in treating childhood epilepsy, such as Dravet syndrome and Lennox-Gastaut syndrome, neither of which respond to traditional antiseizure medicines. CBD may be effective in treating anxiety, insomnia, and chronic inflammatory and neuropathic pain, some studies show.

But doctors caution that adding CBD to their daily routine will not solve serious health problems. “Without sufficient high quality evidence in human studies we can’t pinpoint effective doses, and because CBD is mostly available as an unregulated supplement, it’s difficult to know exactly what you are getting,” wrote Peter Grinspoon, MD, in an article published in Harvard Health last August.

The team behind Caffeine + Cannabinoids recognizes this substance is new to the public. “There’s a lot of research done on caffeine, and we’re using that as our control, and our cannabinoids as our variable to this experiment,” Jeff explains.

When you walk into Iron Coffee Co., right on the corner of Main Street and John Street in Hoosick Falls, it’s hard not to be surprised by the open display of what—to the unknowing eye—looks like a case full of joints and different strains of bud. “It looks really aggressive,” Kelly says. “We were discussing it the other day, how we want to make it more difficult for cops to discern between hemp and THC.”

For the team, this work is as much about politics as it is about business. The irony of Caffeine + Cannabinoids profiting off of cannabis when 90.8 percent of people charged with marijuana law violations were arrested for nonviolent possession—with nearly 50 percent of those arrested identifying as Black or Latinx—is not lost on the business’ co-founders, especially Kelly, who is biracial.

She, along with Mike and Jeff, have promised themselves that until every nonviolent drug charge is expunged, they won’t sell THC-based cannabis, should it be legalized in New York State within the next few years.

“I just think there’s a lot of misinformation right now regarding this particular plant,” Kelly says. “It’s historically been referred to in a derogatory way, so I think we’re just trying to help destigmatize it [with Caffeine + Cannabinoids].”

While cannabis is still illegal in New York, there have been significant moves made to decriminalize the plant. Earlier this summer, the New York State Senate passed two bills related to cannabis: New York’s Marijuana Decriminalization Legislation (S-6579A), which would decriminalize the drug and automatically expunge all marijuana offenses, which Gov. Andrew Cuomo signed into law in August; and the Industrial Hemp and Hemp Extracts Regulations bill (S-6184A), which will regulate New York’s hemp program and hemp extracts, including CBD. If Cuomo signs S-6184A, new licensing requirements for businesses selling hemp-based products, like Caffeine + Cannabinoids, would be put in place. 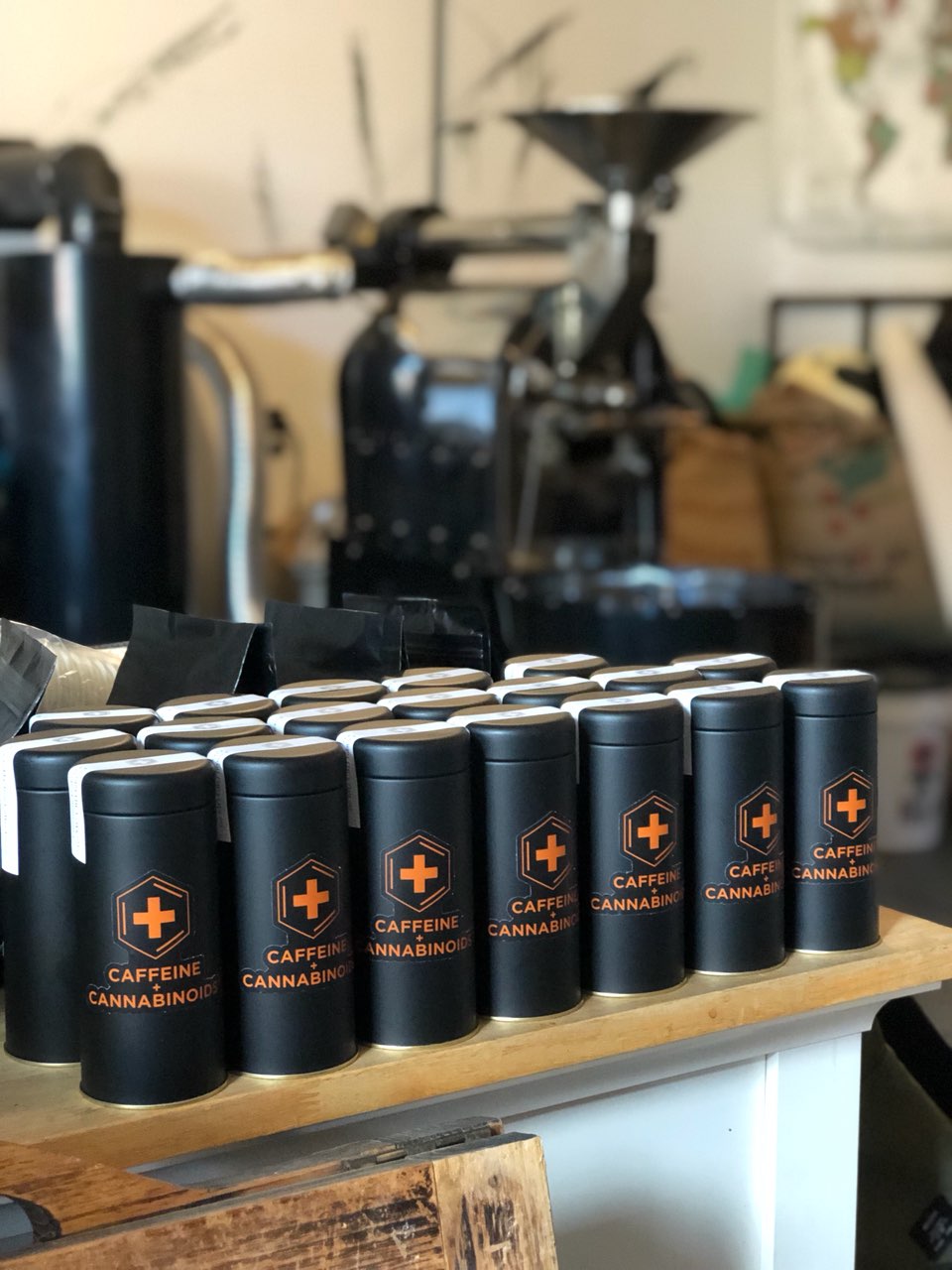 But right now, the business is trying to blur the lines as much as possible. “You have to kind of be a rogue person and not follow the rules in this industry right now, while there’s still people in prison,” Jeff says.

How will they blur those lines? By hosting private events at the flagship shop in Hoosick Falls, inviting people to try CBD flower paired with coffee for the first time. By participating in underground extravaganzas like Spleef NYC, the secret cannabis “speakeasy” events happening at changing locations around the city. And by continuing to educate their customers by providing them the highest quality CBD currently available on the market.

“In 10 years, it (the cannabis industry) will look totally different,” Jeff says. “But Caffeine + Cannabinoids will still be here,” Curtis adds. 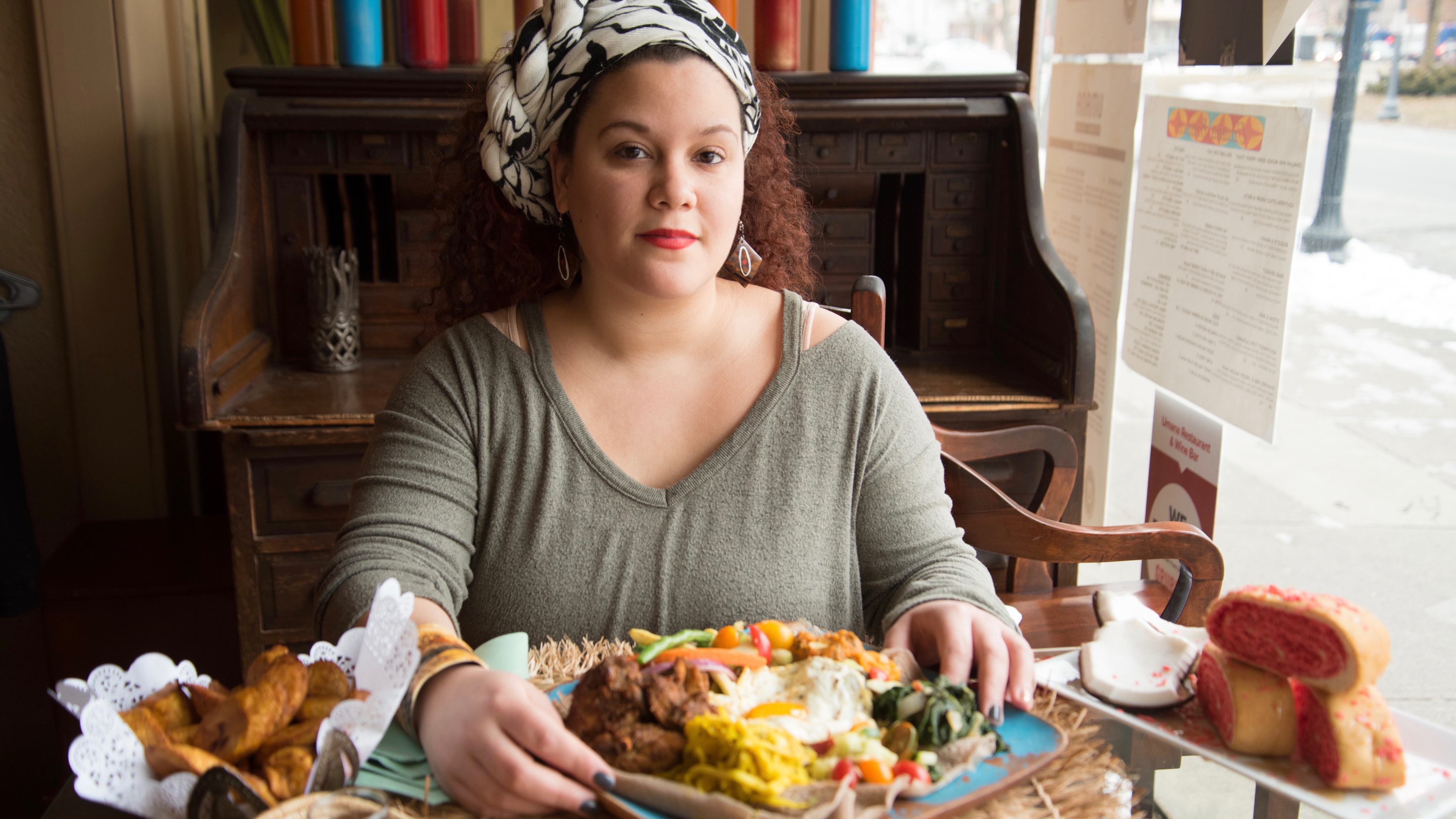 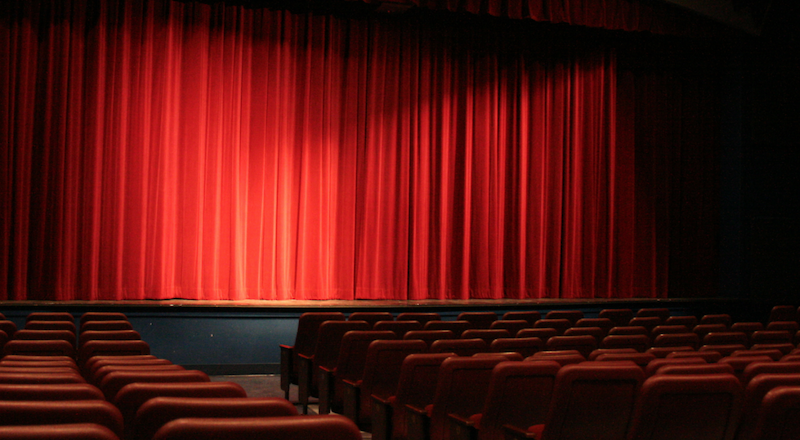 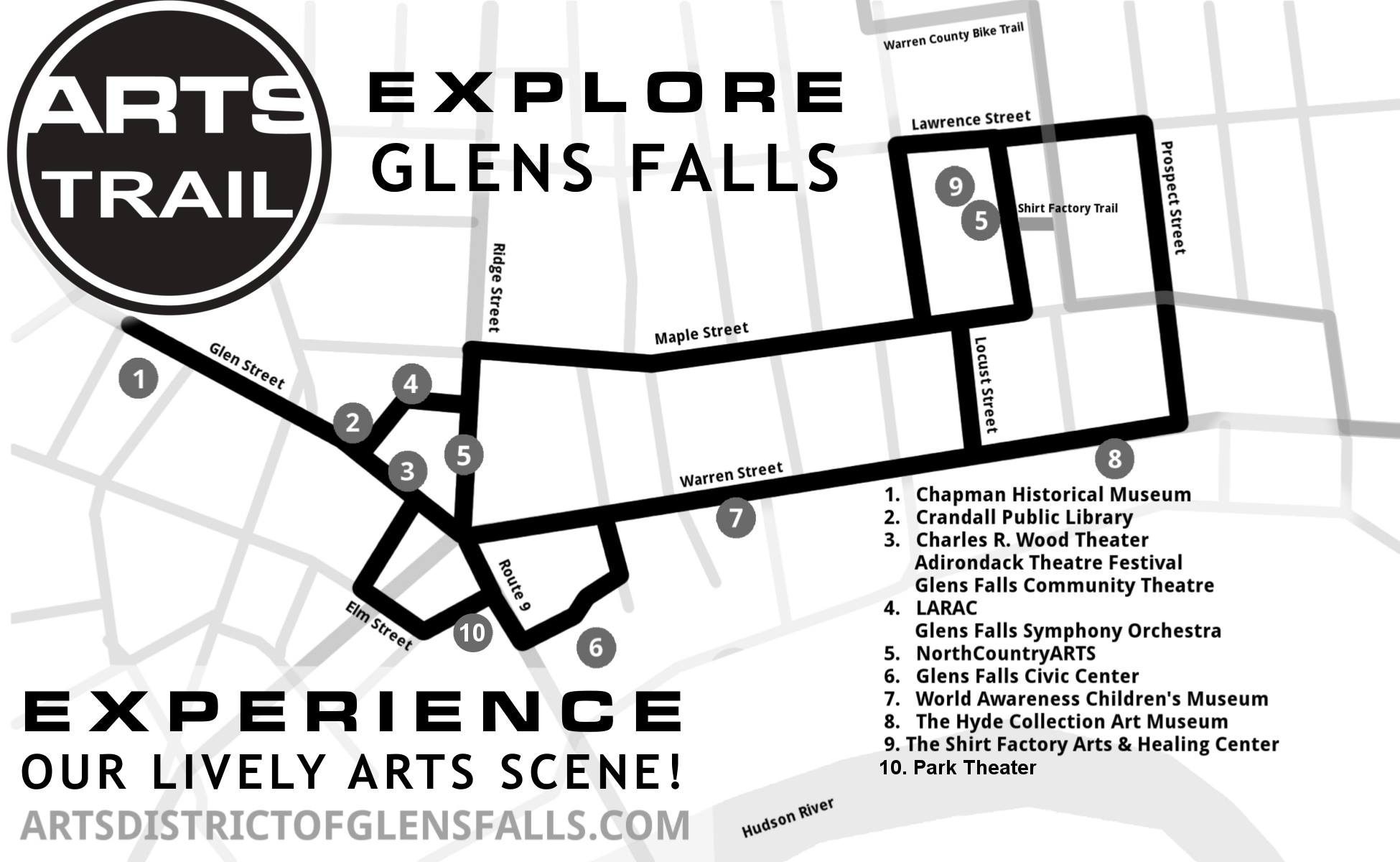