Elizabeth Zunon has illustrated several books by other authors, but in May she debuted as an author with “Grandpa Cacao: A Tale of Chocolate, from Farm to Family” (Bloomsbury.) The biographical tale is based on stories of her grandfather—a cacao farmer in the Ivory Coast—and the lifespan of chocolate from the cacao seed to the shelf. The narrator, her father, tells the story as he bakes a chocolate cake with his daughter.

“I always had this idea in the back of my mind, ‘I want to write a story about my family and things that I’m passionate about and like…chocolate,’” Zunon says. “Everybody loves chocolate and I don’t think a lot of people, especially kids, know that chocolate comes from cacao, from the cacao tree that can only grow in super tropical climates around the equator and that before you go to the supermarket to get your chocolate bar for $1 many people’s hands have touched and prepared this fruit so that we have that.”

Zunon lived in the Ivory Coast of West Africa until she was 13 years old. In the country’s capital, Abidjan, she never experienced the farm life of her father. She never even met her grandfather, who died quite young, and has no photographs to reference his likeness—only stories passed down.

“As an African, I never experienced that village life that we immediately think of when we think of Africa,” she says. “We lived in the economic capital, a big city—we had air conditioning, we had paved roads, we had TV, radio, we had cars, we had access to everything—so I never really experienced village life or farm life. … I wanted to write about something that stems from my family but it’s something I didn’t experience personally.”

The images of her grandfather and the lands on which he worked are all imagined, based on the stories from her father who, as in real life, leads his daughter down memory lane to teach her about her heritage and the home they left for Albany in 1997, when she was a teen.

“It’s been exactly 22 years since I left and we haven’t been back,” Zunon says. “There’s been civil war and political upheaval and the situation has been up and down. Hopefully we’ll be able to go back in a few years.”

Using her imagination, Zunon had the unique chance to connect and give new life to her grandfather and his land. With a career of children’s book illustrations under her belt, Zunon wanted “Grandpa Cacao” to feel all her own.

“When you’re illustrating a book, they always tell you, ‘Don’t just draw what the words are telling you, add another interesting visual element that’s not explicitly talked about,’” she says. “I wanted to come up with a visual element I’d never used in any other book.”

She landed on a beautiful, ghostly white silkscreen element to each page, depicting her grandfather working on the lands Zunon painted in bright, earthy, textured color to represent a layering of people, methods and time periods.

“I wanted it to be apparent that he wasn’t existing in the same world as the little girl and her dad who were baking the cake,” she explains. “In my mind, he was a mythical figure. He was larger than life. I’d never seen even a photo of him, so figuring out what he would look like was a challenge. I decided just wanted him to look ethereal.” 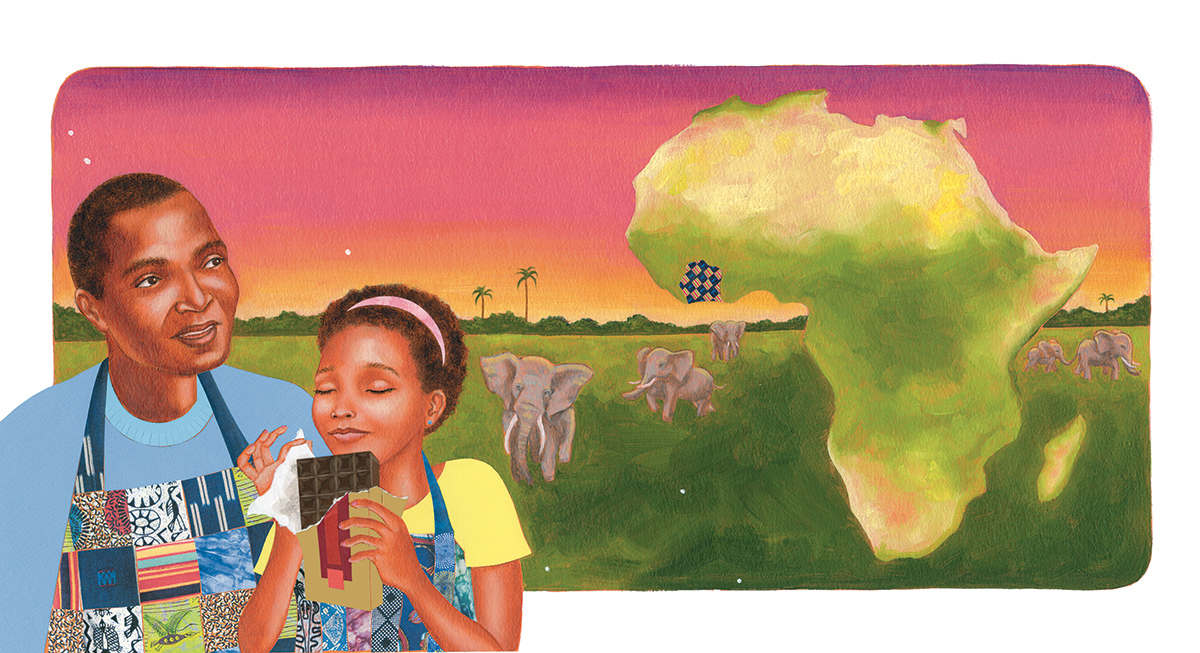 Diving into the storytelling side, she took a step back from her usual process and approached the work from a new perspective.

“I was doing double duty,” she says. “With the text in other books I’ve worked on, it’s ‘OK, come up with one painting or drawing for each page.’ I’ve never had any input on text. It was up to me to create a story. I had a lot of good help from my editors, my agent, my mom.”

Zunon began writing the story behind “Grandpa Cacao” as a junior in college. She made a book dummy in a class with three characters in three countries exploring three parts of the cacao-to-chocolate process with a drawing on each page. It became the manuscript she submitted to her agent of roughly a decade, who helped her pare down the story to focus on Zunon’s passion for chocolate, cacao and the story of her father and grandfather.

“It was a lot of back and forth with interviewing my dad, doing research on the cacao industry and what goes on today—because my dad is talking about his childhood, the ’40s and ’50s—the methods have changed. So it was important to make sure the essence of what my dad was talking about was coming through, also having it be correct to the industry, and have it flow well when you read it aloud.”

The flow and cadence of the reading was especially important to Zunon. Just as in her other work, illustrating children and young adult literature like “I Am A Farmer: Growing an Environmental Movement in Cameroon,” “The Legendary Miss Lena Horne,” “The Boy Who Harnessed the Wind” and more, she wants the book to be shared at libraries, classes, day care and at home.

“Since I’ve illustrated a lot of other books, I have an idea of what a picture book for a young audience should sound like, what it should flow like,” she says. “Even though sometimes I haven’t written the book, I do a lot of storytimes so I have to be comfortable reading it out loud. It has to sound natural.”

Creating story flow requires an artful touch. “The more focus there can be on the story and the characters, the more interesting it is for a young reader, the more likely they are to turn the page,” she says. “The more that is going on, if there are too many characters, it can be confusing or boring. It’s a lot of editing.”

Many of the books Zunon has illustrated tell important stories of the African diaspora and explore pressing issues various communities face. Others follow artists, poets, creators and icons of color who changed the world for the better. The editing presented a particular challenge for the author, who was excited to delve into the complicated, rich history of the decadent treat and the difficult, poverty stricken lives of the farmers who harvest its fruit.

The book is “for all the Grandmas and Grandpas who broke their backs in the fields so we wouldn’t have to,” the dedication reads.

“It’s hard to shrink it down to an understandable, interesting format—basically the least amount of words possible without too many descriptors,” she says. “I want to shine a light on the small family farms who do a lot of hard labor. We take a lot of things for granted and don’t always think about where they come from. I’m grateful I don’t have to do backbreaking work to make a living. The people that grow cacao in West Africa are the poorest of the poor farmers and we think of chocolate as a luxurious, beautiful, sexy thing while the people who grow it can’t even eat it because they can’t afford to buy it.”

Zunon hopes to continue exploring the processing behind some of the world’s favorite foods and why their flavors feel so important to us. Her next passion project? Salt. 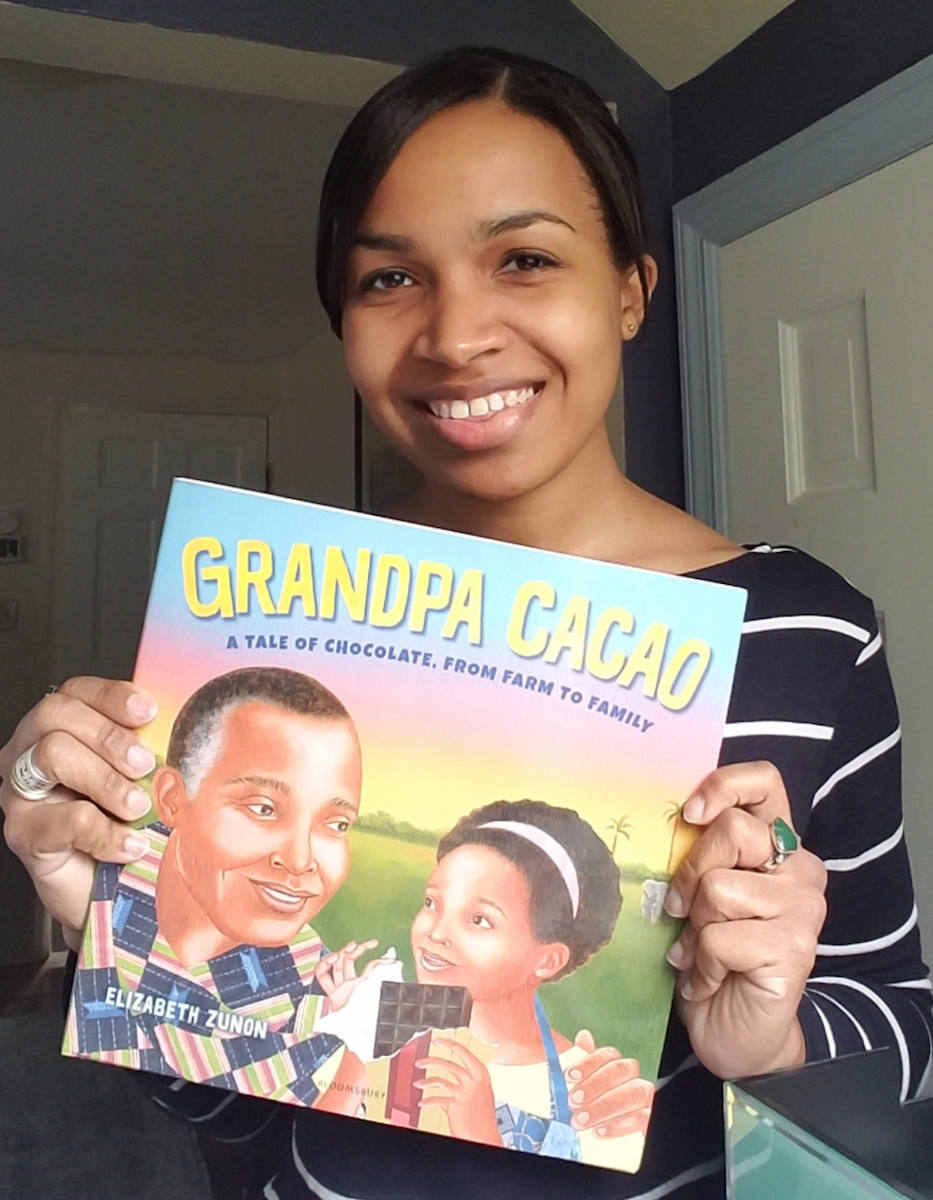 “Grandpa Cacao: A Tale of Chocolate, from Farm to Family” can be found at The Open Door bookstore in Schenectady as well as online at Amazon, Bloomsbury, Barnes & Noble and more. 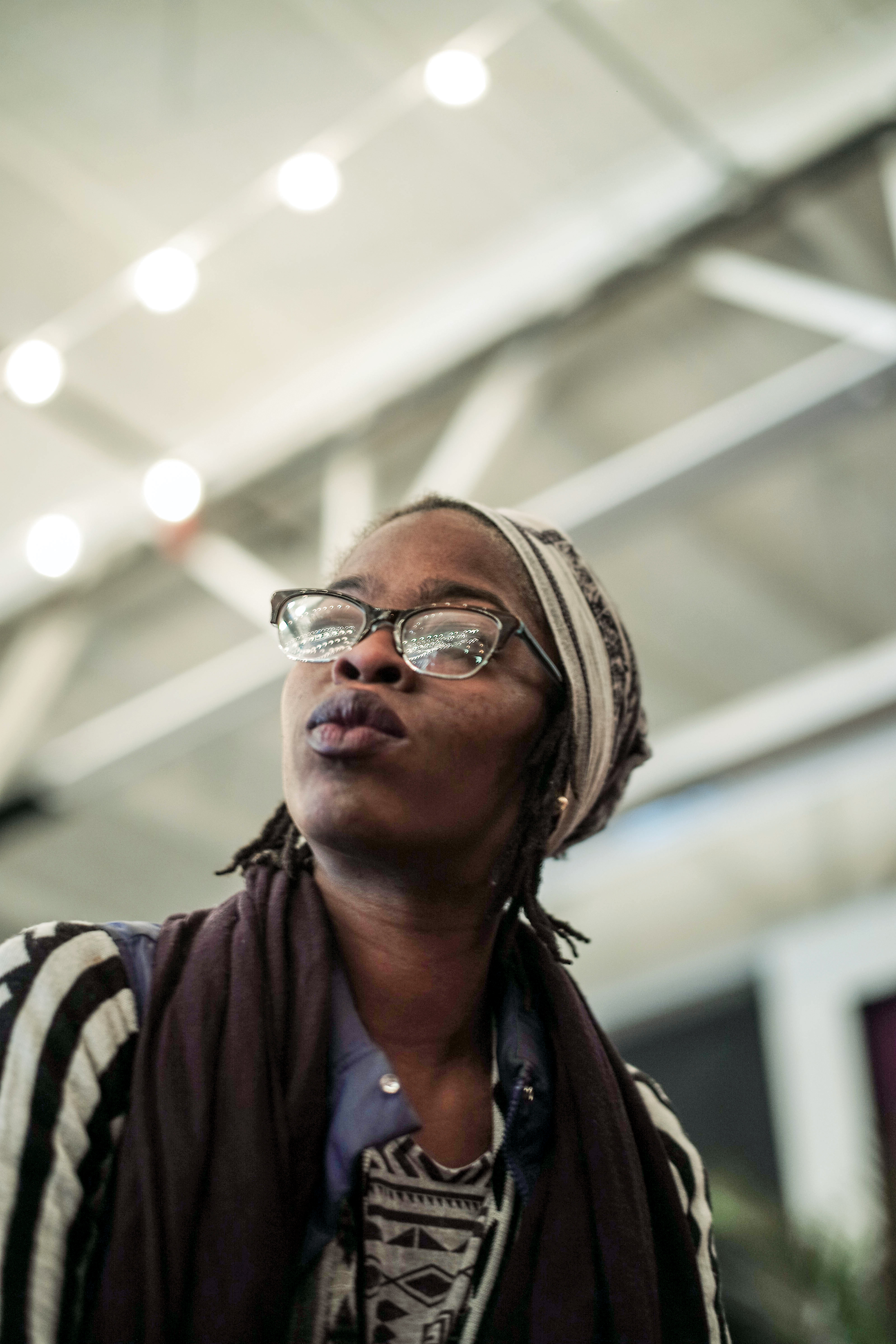 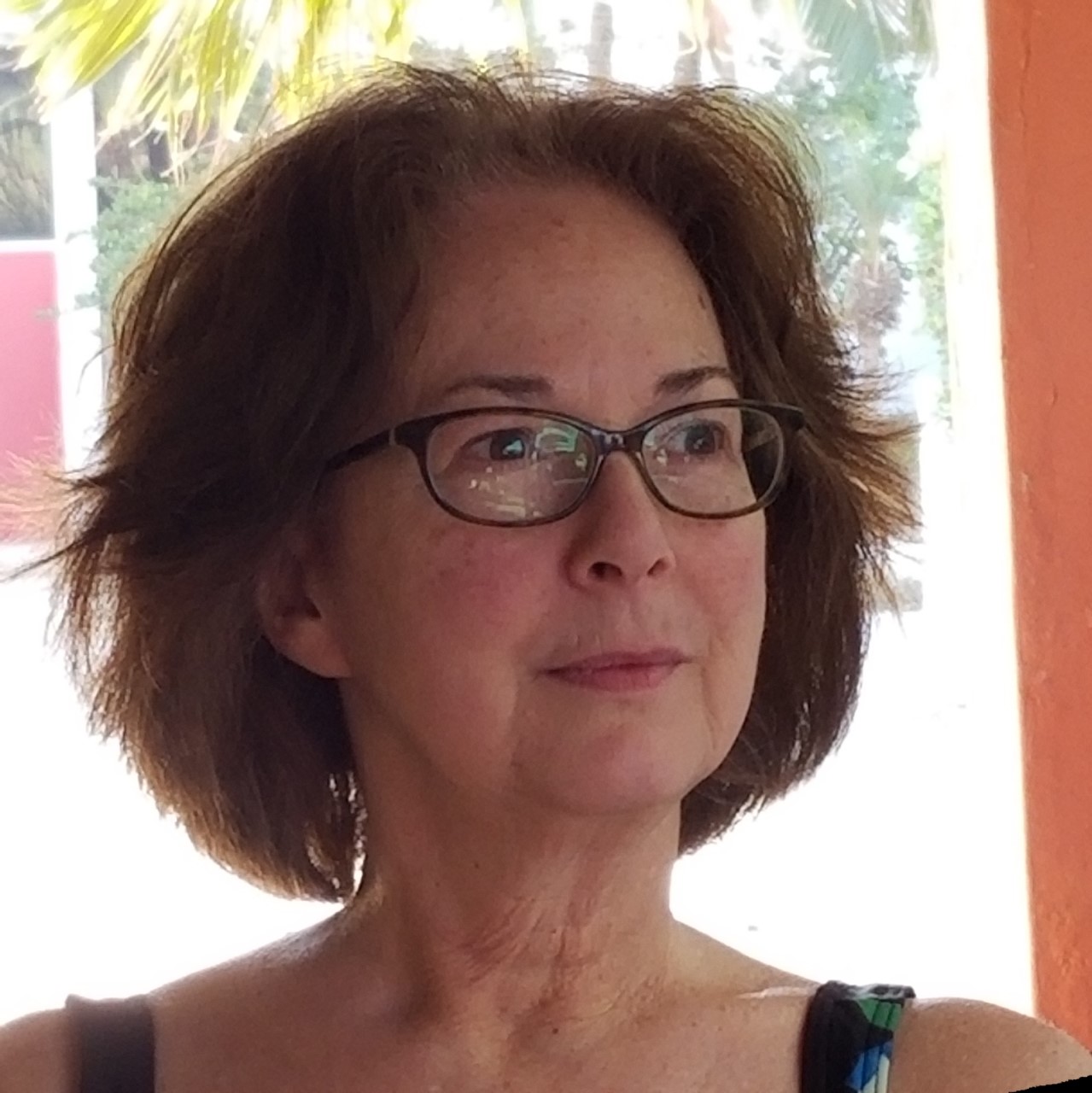 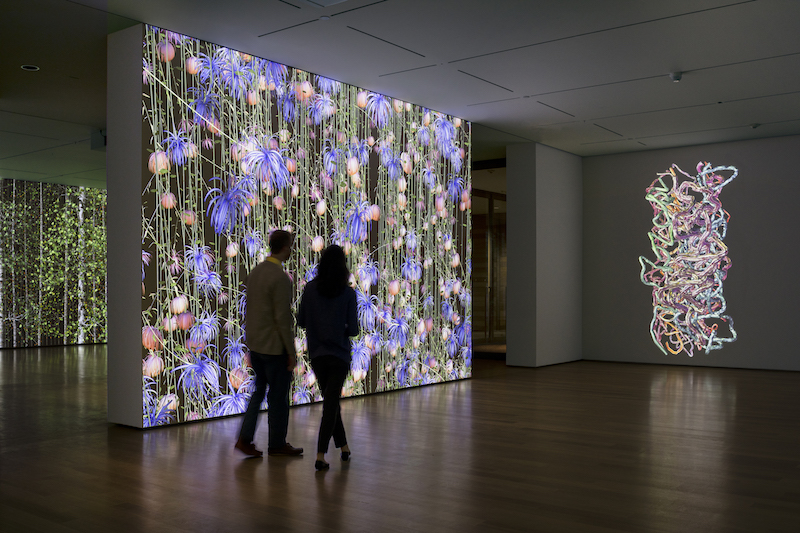