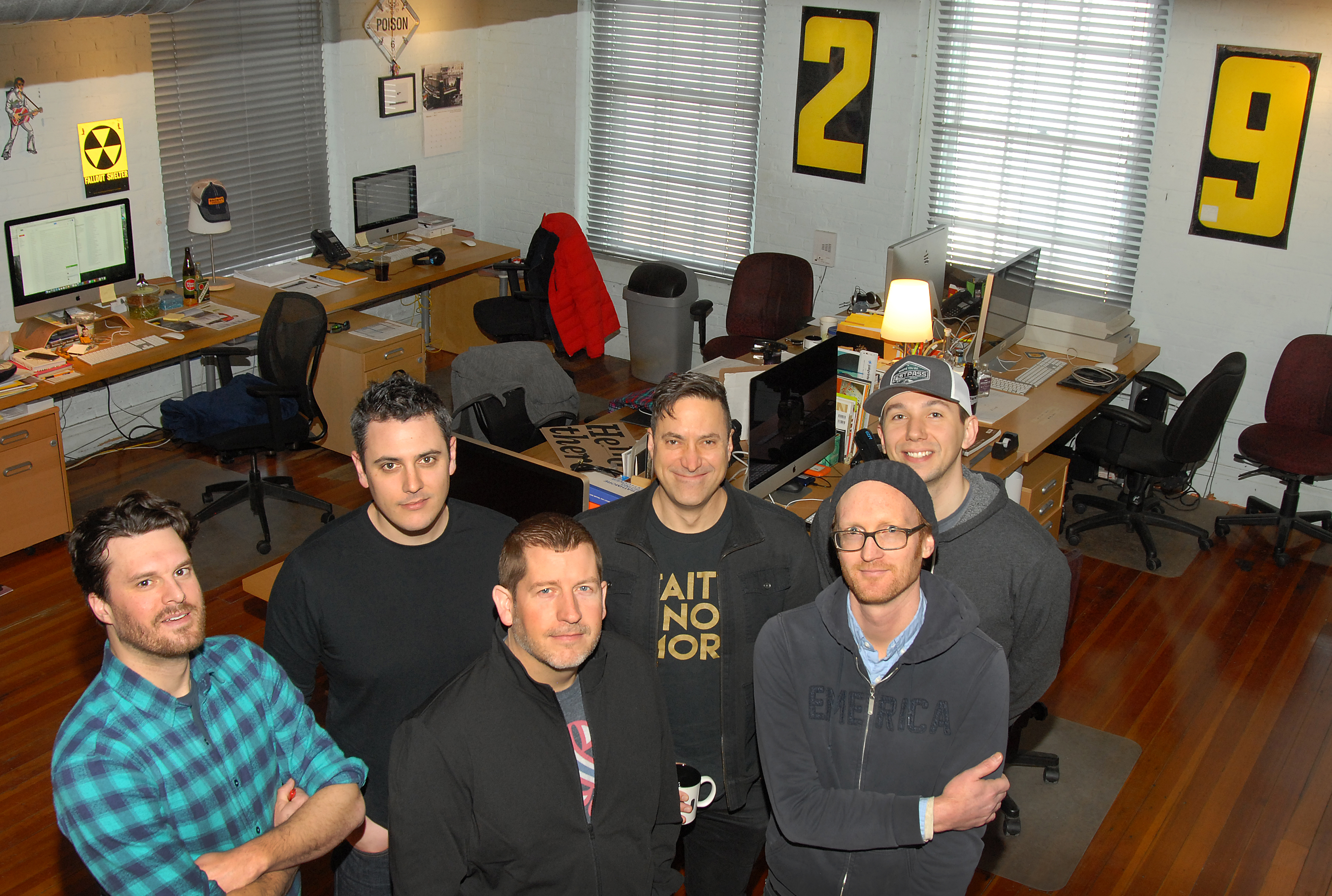 Earlier this month as Brown’s Brewing Company unveiled a new line of cans born from the replacement of an antiquated bottling machine, it wasn’t just Kelly and Garry Brown who were nervous with anticipation. Just a few feet from Brown’s in Troy, the folks at ID29 are also buzzing about their debut. “They just delivered the skid,” says Doug Bartow principal and design director at ID29. “I haven’t cracked one open yet,” he says and smiles.

Bartow has a deeper investment in Brown’s that goes past that of a design firm and its client. In 2004 Bartow left his job at MASS MoCA and his partner Michael Fallone left a major ad firm to create their own design firm. They scrambled to find clients. “You call everyone you know and Garry Brown was one of the first people we reached out to,” says Bartow. “We thought it’s a great local business with a great product, we enjoy the stuff and we went for it.”

Brown recalls receiving ID29’s card and being blown away. The logo ID29 used referenced an old Brewery. The relationship went from there. ID29 was involved in rebranding Brown’s Troy location. “It took us a little bit of convincing to get Garry to go with Brown’s, he isn’t really a limelight sort of guy. So it started as Brown’s and Moran’s. It became The Troy Pub and Brewery and then the Uncle Sam Brewery,” recalls Bartow. “We were doing research and Garry brought us in and showed us a table that said ‘fuck Uncle Sam’–it was etched in with a key. So we thought Brown’s had some equity, he wasn’t going to be outspoken front guy for it but it was short and sweet and it was available.”

ID29 went on to design Brown’s logo that features their brewery in Walloomsac. When Brown’s decided to distribute regionally ID29 was there to design their bottles.

Having that prominent work under their belt helped them secure work with other breweries and distilleries.

“Once you get one big product under your belt you use it to promote yourself to other clients,” said Bartow. Since their start ID29 has done work for international giants like Nike, Puma, Hasbro and designed the campaign for the seventh Harry Potter book. They’ve also designed for local breweries and distilleries like Albany Distilling Co., C.H. Evans Brewing Co., Bright Ideas Brewing and Water Street Brewing Co.

Jake Wright, a senior designer at ID29, worked on the branding for Bright Ideas Brewing in North Adams, Mass. He says the the increase in local breweries is clearly having an impact on the local economy.

“They seem to be popping up more and more. My impression is that in the future people in this area may never have to buy beer made in Washington State. You’ll be able to get something made in next town and you’ll fill a growler. There are so many nano breweries, you can get good beer without buying from out of the region.”

Bartow agrees. “When we started working with Brown’s in ’04 craft beer made up about 4 percent of the market and now it is about 18 percent of market locally. We’re over where we were with breweries pre-prohibition. And the big brewers are scared and gobbling up smaller breweries. They are putting a lot of work into big brewery design to make it look micro. ‘It’s artfully crafted’  What a load of shit. The intelligent beer drinker who spends an inordinate amount on beer, they are aware. If something is less than authentic I think they sniff that out. You have really passionate and engaged consumers.”

And that is where the challenge comes in branding beer—consumers are always looking for something new and hip, while also searching for authenticity.

“There’s a cool factor in drinking a beer no one can get but you have to enjoy it or you aren’t going to buy more,” says Bartow. “It’s a designer’s job is to tell the story so that people think it’s cool to buy it the first time. We need to draw them in but it is the liquid that gets them to come back.”

Bartow’s approach with Brown’s new cans was to a retain the company’s heritage and authenticity and instill the can designs with a sense of freshness, accessibility all while maintaining a cohesion between the different flavors of beer.

Wright said he sees a bit of an identity crisis in the way some craft breweries market themselves. Many companies have completely unique designs for each of their flavors that are independent of their larger brand.

“Our approach was to come up with a modular design that you can fit a myriad of styles into. We wanted something that wouldn’t burden Brown’s with having to come up with something new each time they come up with a new flavor. There are 15 cans done already and they are ready to go. We knew how they work and knew from beginning what the challenge was.”

Wright had a different set of parameters when designing for Bright Ideas. Bright Ideas is a small brewery and tap room based on the MASS MoCA campus. They don’t have the legacy or name recognition that Brown’s does. Wright started knowing they wanted “something friendly, bright communal, and local.” Wright and Bartow said they wanted to reflect the character of North Adams in the design. “It’s a scrappy town on the rise. It’s doing a lot of interesting things and the owners wanted the art to reflect that.” Wright says that Bright Ideas goals as a company are manifested through their packaging.

“They’re basically a taproom. They aren’t trying to put their stuff in stores, they have a 32oz crowler so customers can order their favorites to go and stickers so bartender can quickly write the style and volume,” says Wright. “We knew what they needed and we said ‘we can do this.’ So the label has to be a more generic piece of communication.”

Bright Ideas’ crowlers feature a grand hillscape illustrated in large swaths of color. Its welcoming, it feels new, inviting and warm. It’s a good way to establish a brand. Bartow says that the design is one that sets the company up for the future. “Having been a North Adams 9-to-5’er for a number of years, I feel that this really speaks to the character of the town. It is engaging artwork and it has the credibility to expand. Bright Ideas could go regional and expand on this design. We put this on a 32oz crowler but I can see it fitting on a 12oz can. We fail as designers if we aren’t flexible.”

ID29 is just one of the local businesses benefiting from the surge in local brewing and they recognize they are part of that larger community. “At best beer drinking is a communal activity,” says Wright. “Sure you can have fun drinking by yourself but it can spark conversation, a sense of togetherness and the craft beer space has obviously embraced that.”

It’s not that ID29 has to do brewery projects—according to Bartow their involvement is driven by their passion for the product and community. “We like to work on things we like,” says Bartow. “The question becomes can you be curatorial, work on things you like and survive at same time? I think we can. I hope so.” 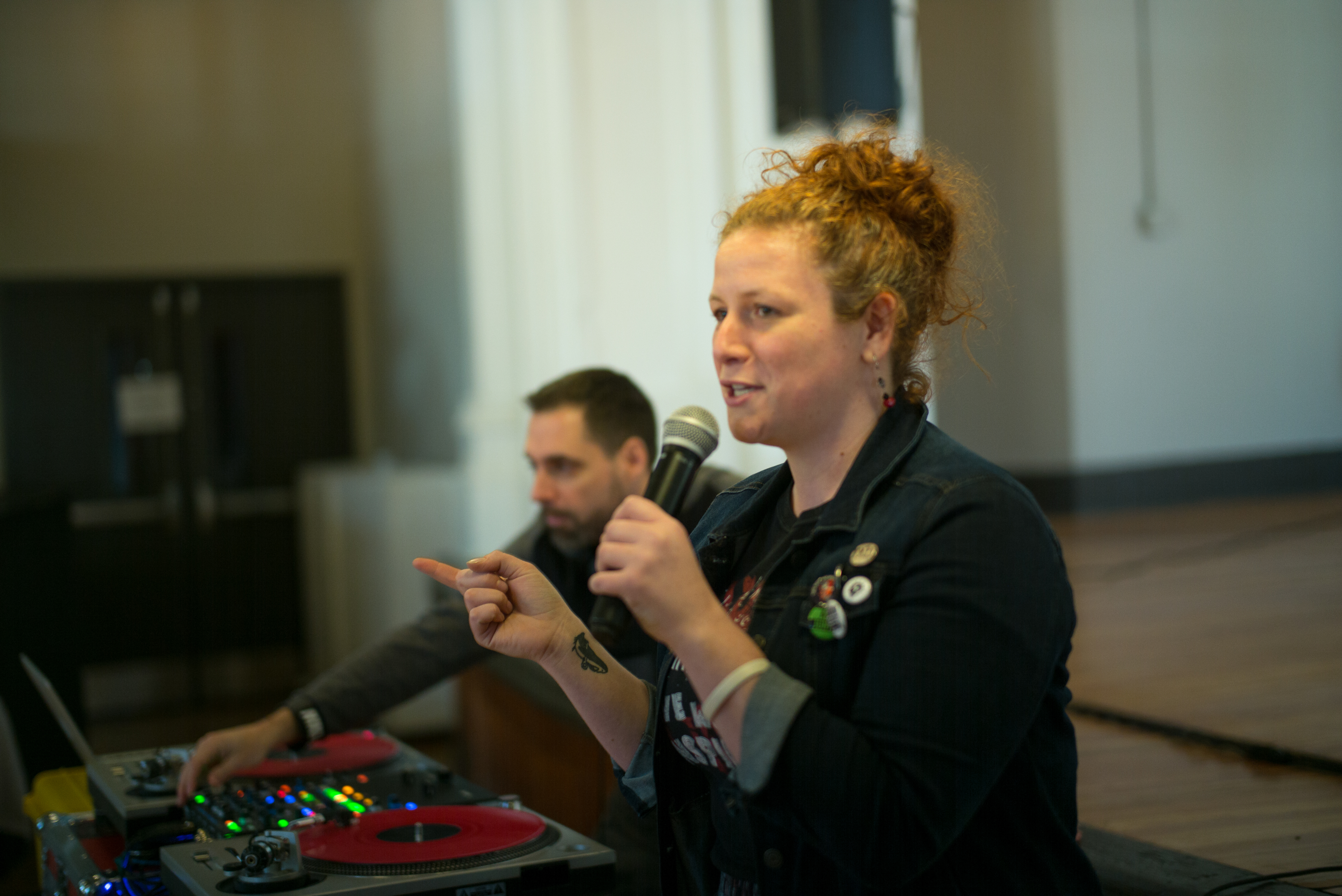 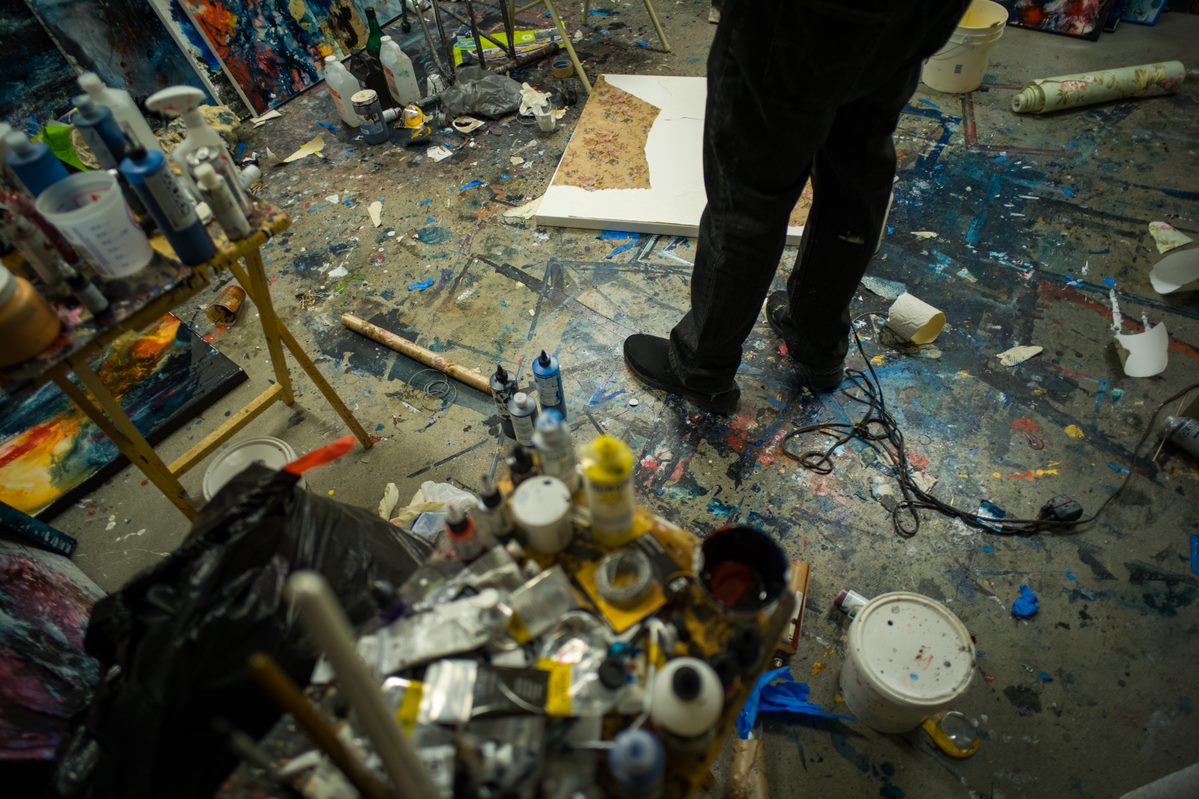 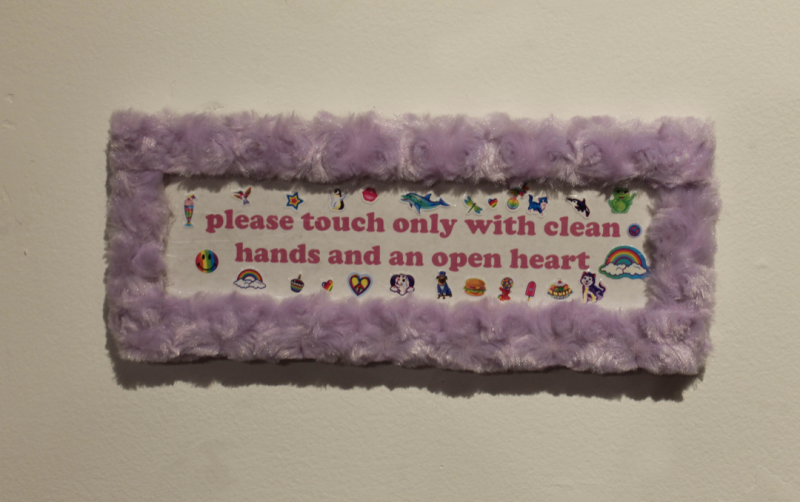