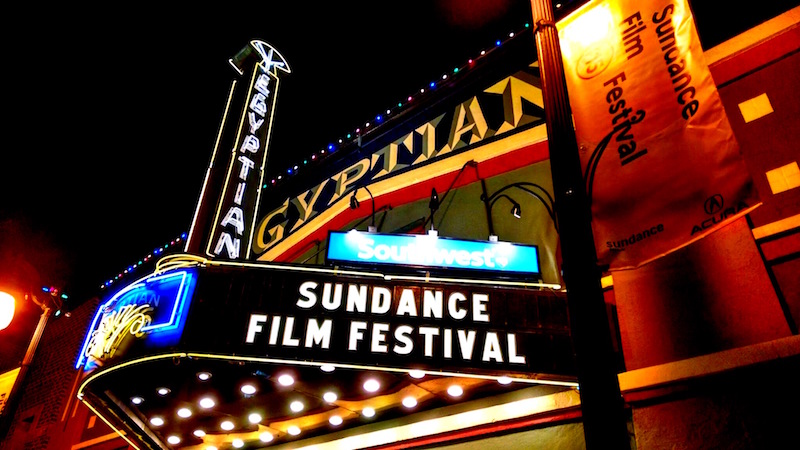 “Being at Sundance means you’re legit. I assume you’re for real or you wouldn’t be here. This is a no-bullshit zone.” As I stood in the blustery January winds of Park City, Utah, I considered these words, received from a successful Netflix film producer. I had been taught my first lesson by the Sundance Film Festival and it would be far from my last.

At one point, Sundance might have been associated with independent film, but can a film starring a plethora of Hollywood A-listers with a price tag of millions still be considered independent? Still, over 14,000 hopeful filmmakers pay good money to submit their work, dreaming of premiering in one of the 112 spots available. The festival itself helps pump over $190 million of revenue into Utah during its 11-day run. 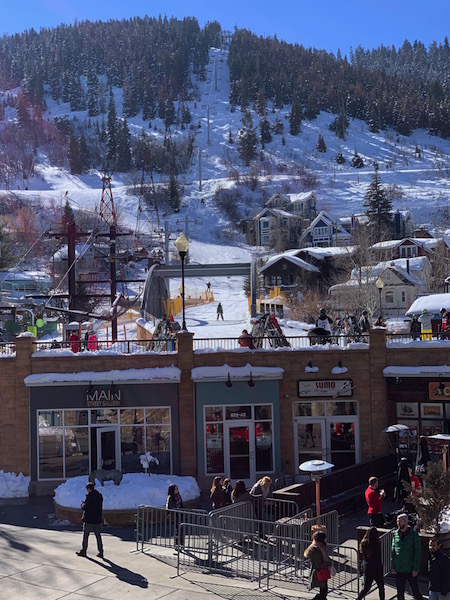 My goal in going to Sundance was to network with as many people as possible and not break the bank doing it. Park City is a stunningly beautiful playground for the ultra-rich. It’s like the old west town of Deadwood combined with Rodeo Drive. The streets are lined with jewelry stores and furriers. Not exactly perfect for the budget conscious.

There were over 2,500 volunteers. At every age and every economic background, they were an absolute joy. They are invaluable in finding your way around. The buses and trolleys are also free, and a necessity unless you want to spend big bucks on Ubers and Lyfts.

I found a hostel minutes from the downtown strip, The Chateau Apres. Amidst continual pressure to sell the valuable property, the lodge’s owner offers low-cost housing so folks who cannot afford $300 a night can still enjoy the town. Our dormitory was a no-frill barracks, making me feel like an actor in Kubrick’s “Full Metal Jacket.” 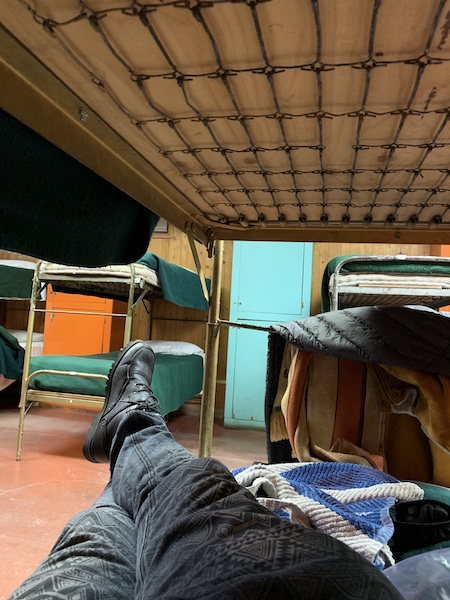 I shared space with a contingent of young filmmakers from Sarah Lawrence College. They were there to garner as much knowledge as they could before embarking on their first feature film collaboration. We all shared discoveries. I found out where to go for complimentary coffee and avocado toast, good spots for charging your phone, and all-you-can-eat pink foods at the Lyft Lounge.

One thing to keep in mind: invest in good socks. I had an average of seven events per day and standing in lines is a big part of Sundance. Even if you have RSVP’d to a party or get together that does not guarantee that you will get in. Magically, it seemed, certain soirees would fill up even though the line outside had not let anyone in. I imagined a new bumper sticker: “Welcome to Sundance. We are already at capacity.” If you hear the dreaded word “capacity,” I recommend you move on. Waiting with 100 people praying for three people to leave so three more can go in makes for a frustrating night in the cold. On the other hand, standing with a bunch of other human icicles commiserating and laughing becomes its own party. 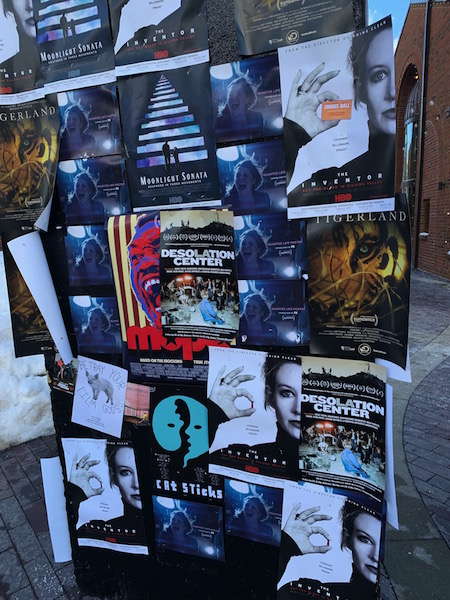 There really are two Sundances. One is a venue to screen films that have been carefully curated by Hollywood and the Sundance Institute. The other is a convention of producers, distributors and creators looking for the next big thing. In the midst of both of these is a sprinkling of celebrities who pop onto the sidewalk occasionally being seen on their way to a premiere, Q&A or a party you can’t get into.

I was invited to a private house party film screening. The word “house” doesn’t really convey this residence. It was a 30,000-square-foot compound. Amidst the indoor tennis court and private arcade, myself and 50 other film people milled around in awe.

The film was a searing and powerful true-to-life feature about the horrors of sex trafficking. Afterward, there was an emotional plea to use whatever means were available to make a difference through our art. It was transformative.

Waking up on my last day, my ongoing battle to stay healthy at Sundance seemed lost. The temperature, altitude, handshaking and sparse diet had left me with a bit of laryngitis. At Sundance, you eat what is provided. Sometimes that is a lavish brunch and sometimes it is cheese and crackers. Of course, you can go to a myriad of restaurants but when you are mere minutes away from another unknown gratis morsel you tend to hold out. This is a formula for very infrequent nutrients. 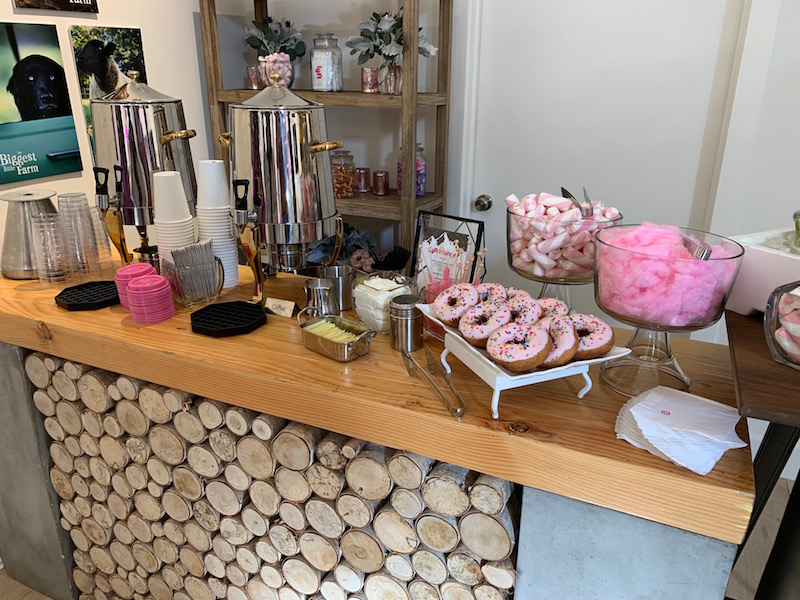 To address my morning frog in the throat I took a scalding shower, doused myself in vitamin C and chewed through a half dozen cough drops. This was a marathon and I was in danger of tripping in the last 100 yards. I acquired a couple of passes and was able to see a few films in between networking events, including the David Crosby documentary “Remember My Name.” It was a little dry, but Crosby has lived a legendary life and it would be impossible not to be entertained by him.

So ended my Sundance experience. I was hoarse yet exhilarated. I felt like I had glimpsed behind the curtain for a moment. My wallet was intact and the memories were priceless. I think I might be hooked. Is it too early to book for next year? 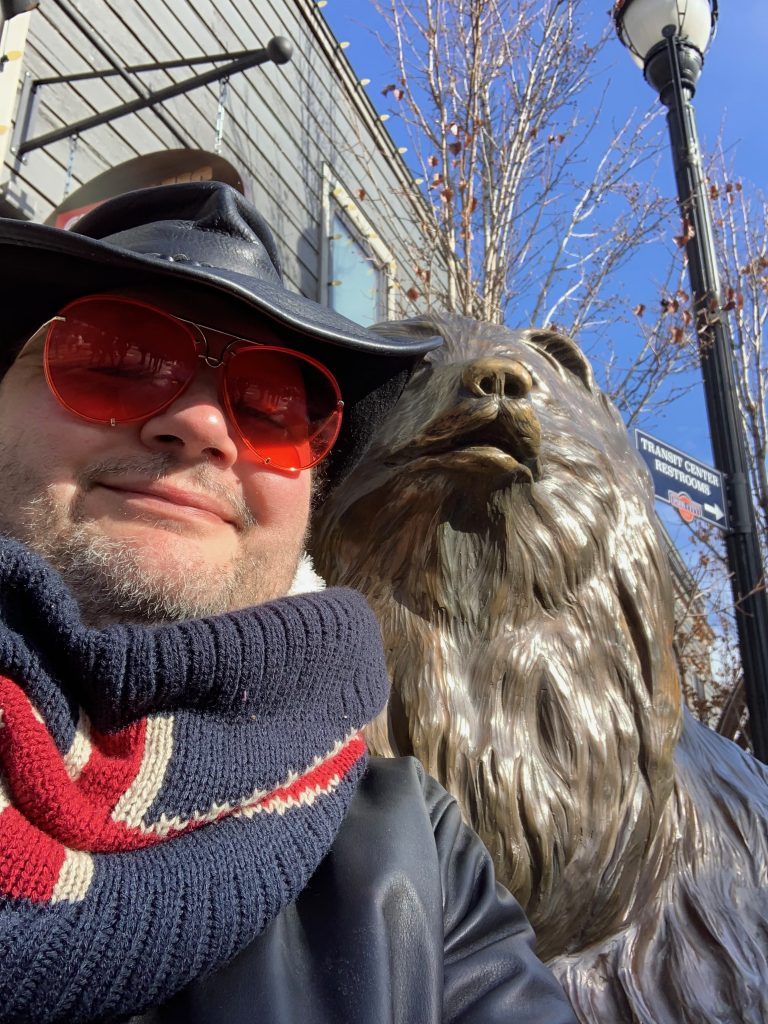 This column has been edited for space and clarity. For the full version, visit collaborativemagazine.org. Jon Russell Cring is a director and producer, most recently known for Darcy (2017) and More Than Words (2018).