Since their start in 2013, the Saratoga Courage distillery has won several awards (including The Alt’s Readers’ Poll for Best Local Spirit) with their locally sourced product after the booming success of their Pick Six vodka. In May of 2016, founder Serge Shishick passed away after a 18-month battle with lung cancer and today his family works to continue his legacy of bringing smooth, drinkable spirits to the local community through sustainable production.

“In 2017 we’ve had the opportunity to expand the brand beyond Serge, which was really a challenge for me,” said Serene Shishick Mastrianni, chief marketing manager and sister of the distillery’s founder. “The distillery’s campaign “Drink My Vodka,” originated from Serge’s regular saying, urging friends and family to try out his product. “It became this grassroots campaign for loyal customers that had been drinking it for a while. It’s their vodka now and they can take it and share it with their friends,” Mastrianni said.

Pick Six Vodka—a smooth, gluten free, thyme brewed spirit–has won several spirit competitions across the country as well as internationally. When the spirit won a silver medal in the New York International Spirits Competition in 2014, it had only been on the market for three months. In 2016, Pick Six won awards in the Colorado and San Francisco Spirits Competition as well as the Berlin International Spirit Competition. Since 2015, the distillery has also produced flavored moonshines—called Devils Den—in apple pie and strawberry jam.

“We’re a family of pharmacists… [and] a family of vodka drinkers,” she said. Serge’s pharmaceutical background, she adds, helped him realize how to perfect their vodka and moonshine from a chemical perspective.

“Serge had a real entrepreneurial spirit, he was a real creator and he knew this market was building up at the time. He had no traditional training but [he] and dad went across the country—all the way to Kentucky–visiting all of these microdistilleries.”

After learning a few tips and tricks from across the country, the Shishicks returned home and decided to build their distillery around fresh spring water, straight from the Adirondack mountains. The distillery is located at the base of the Palmerton mountain range and its limestone bed—high in magnesium and calcium—helps smooth the vodka out, making it a bit more drinkable. The mineral-rich water used in the spirits has been tested by the NYS Department of Agriculture for its purity and has been touted by the family as their secret weapon.

Another move in the Courage’s arsenal lies in the process. Once a vodka is fermented, it must undergo a distillation and rectification process producing a “wash” which is then filtered and purified to bring it’s high alcohol volume back down to a smooth and drinkable liquor. At Saratoga Courage, the vodka is distilled and back filtered six times.

“That back filtering is really important because it’s taking those minerals—the calcium and the magnesium—back out of the product to make it highly drinkable,” Mastrianni said, adding that the unique process played a big part in the naming of Pick Six.

Serge designed the entire filtration system by hand, crafting a green technology system that is uniquely fed through hoses, pressurizing the spring water at different points to smooth the vodka.

“It would probably be a faster distilling process without the pressurized system but we’re focused on being environment and community centered,” she said. “When Serge died, some of his last wishes were about giving back to the community, he figured if you’re going to be local, you have to support local.” The distillery is also strict about sourcing locally for everything from bottles and labels and the artists who design them.

In addition, the distillery began Saratoga Courage Gives Back soon after the founder’s passing to help out local schools, families, and fundraisers. “Especially when it comes to illnesses,” Mastrianni said. “We know firsthand from what Serge went through. It’s about having social consciousness.”

As a craft distillery and small business in the Capital Region, Mastrianni says the Shishick family has felt the reciprocal support from their community.

“We’re all learning from each other and we’re all competing against the national brands that are dominating the shelves. The larger one craft gets, its better for all of us. There’s been a real support from locals and I’m in awe of our craft partners. Everyone wants to distill uniquely but we communicate and help each other to get to that next level.” 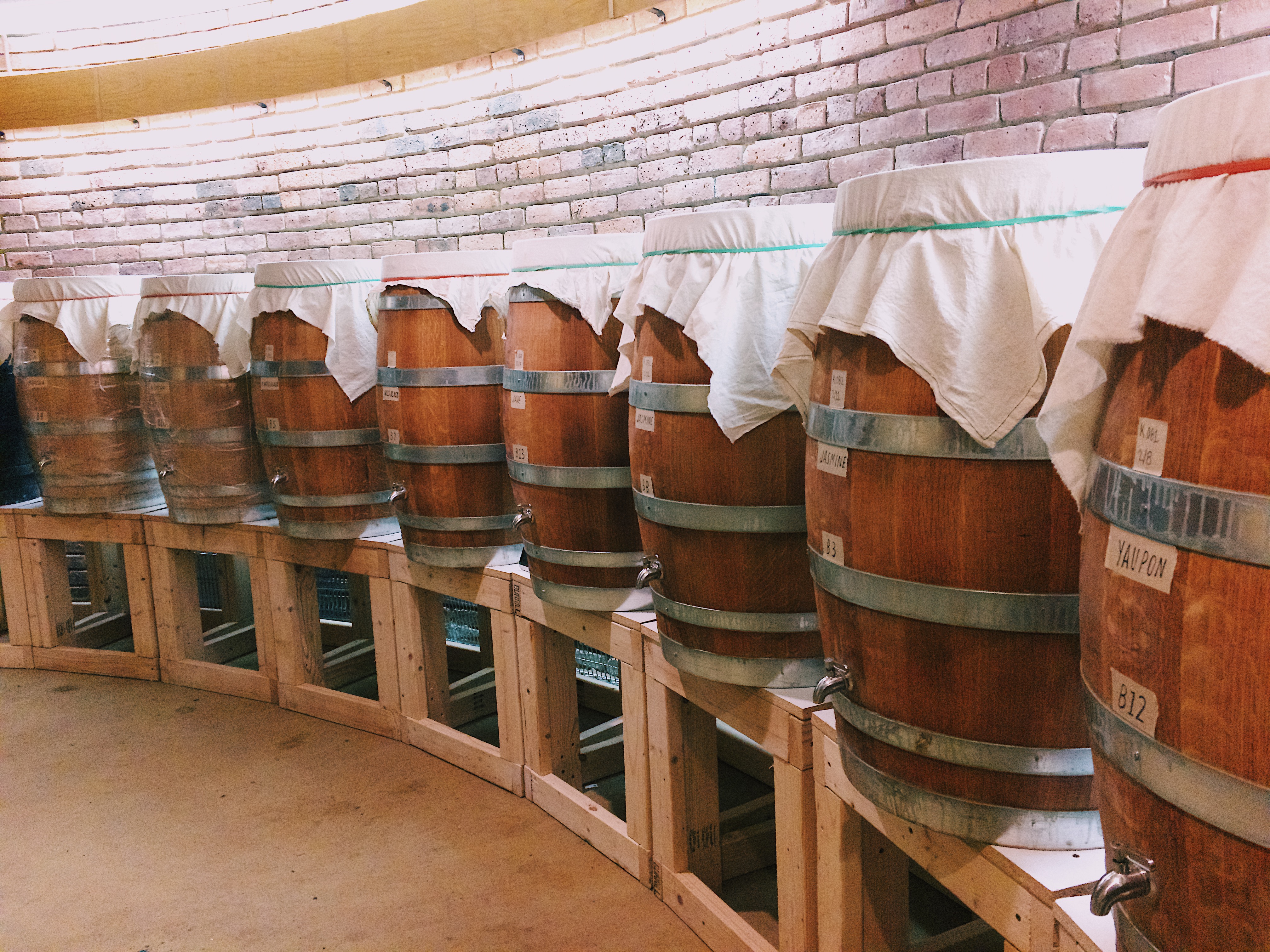