At 58, Ric Orlando, the chef who enlivened the Capital Region’s food scene with his playful fusion, is seasoning his years of experience with the punk-rock spirit that defined his youth.

Celebrity chef, television star, food activist, Best Chef, husband, father, restaurateur, spokesman, instructor, boss—these are all titles Orlando has earned over the years. As of late, Orlando has returned to an old habit and as such, you can add another title to the list—punk rocker.

It’s probably not surprising to anyone who has followed Orlando’s career as a chef that the man was inspired by old-school punk rock—his recipes are defined by rebellion, risk, and respect for working-class values. Orlando is in the midst of change. His Saugerties restaurant New World Home Cooking is on the market (a sale may have been made by the time this article goes to print), he’s secured a deal to work with Hannaford supermarkets, he’s penning a book, planning a podcast and he’ll be spending more time in Albany at New World Bistro.

“It’s not so much that I’m burnt out,” Orlando explained during an interview at New World Home Bistro in Albany earlier this month. “My wife and I were talking about how she’s a lawyer and hasn’t been practicing much because of how much work she does in the business. I’ve got a book I’m working on and a couple other projects, I’ve got this handful every day and we realize we have spent half our adult life at New World Home Cooking. It opened when I turned 33 and I just turned 58. With New World Home Cooking I just want to move on, I want to be involved here more. There is much more energy in Albany. Saugerties is seasonal so I don’t get as much applause when it’s quiet. I’m used to working 80 to 90 hour weeks and I’d like to get that down to comfortable 50 or 60,” he says, grinning.

At the same time, he’s stepping back from New World in Saugerties, Orlando has picked up his old muse—the guitar.

“The band is my hobby,” says Orlando. “Some guys my age get red sports cars—I decided to start a band.” Orlando pieced together a group of former bandmates, acquaintances and one honest-to-goodness punk-rock legend and named it Ric the Chef and Associates.“Andy Shernoff was originally from the band The Dictators. Stevie Van Zandt says the first Dictators albums is one of his top-10 essentials,” notes Orlando.

For now, Orlando says the band’s commitment is simple: “One rehearsal, one gig a month.” The group has played New World Home Cooking, and they plan to record this winter. “We have about 10 originals in our set and a selection of covers of stuff we all dig: Velvet Underground, old Kinks, Johnny Cash, The Modern Lovers.”

Orlando’s dabbling in punk rock is very much a return to his roots. Orlando grew up in New Haven, Connecticut where he recalls hanging out at the back of a record store and being turned on to The New York Dolls. He remembers waiting with anticipation for shows like The Midnight Special, or Don Kirshner’s Rock Concert to see the latest bands. “We didn’t have MTV or YouTube.”

At the time, Orlando was in a cover band called Mirage. But one night of disappointment changed his musical focus dramatically. “We watched those shows and saw The Dolls, Foghat UFO and other bad bands and one night we saw Kansas and after they played ‘Dust in the Wind’ we looked at each other and said, ‘That is not rock n’ roll.’ So we started taking the train from New Haven to New York City. We started going to Max’s Kansas City, CBGB’s, all these dive bars in New York and seeing all these bands. By the time I was 17 I was totally into the New York underground scene and we started our first punk band.”

Mirage gave way to Hot Bodies—the band got their name after taking pictures in Times Square which at the time was a full-functional red-light district. A red sign behind the band advertised, “Hot Bodies.”

“We started a three-piece that did originals and a couple covers. We toured but we didn’t put out an album because it cost a lot to do in those days. We had some demos and they sound really like demos to this day. But I got involved in the scene and met a lot of other people that had had connections. Before I knew it I knew guys in The Deadboys. That whole circle was very accessible because the New York City bands came up and play New Haven all the time,” Orlando recalls.

Orlando parlayed those connections into booking shows in the area. He recalls setting up a gig for REM in the early ‘80s. “I booked REM on the strength of the ‘Radio Free Europe’ single they mailed me and only six people showed up.”

Eventually, Orlando moved to Boston and continued gigging and booking shows. When he came to Justin’s in Albany in the early ‘90s, Orlando maintained a band. “We called the band Hefty while I was at Justin’s. But when I moved to Woodstock and opened New World in ‘93 our house burned to ground within 13 days of opening. I lost all the mother tapes, my studio, my guitars—everything. So I decided then that it was an omen that I should focus on New World and cooking. I didn’t even buy a guitar for years. By ‘98 I had a cheap guitar and then in 2000 my wife bought me a really good Strat (Fender Stratocaster) to replace the Strat I lost.”

Not everything is music in Orlando’s life. He is focusing on his Albany restaurant for a reason. He sees a spark in the Capital Region, he sees a once-dull city coming to life.

“Real estate is out of control in New York City, that’s why cities like Troy, Albany, Beacon and Kingston are so alive,” says Orlando. “Artists are saying, ‘I can get loft space for a reasonable wage in these places.’ What I like about what has been going on in Albany lately is an increase in multiculturalism. Maybe it’s the nanocollege bringing up folks from the city. They get here and are discovering they can buy a house for $200K. It’s good for the city, it brings diversity, it brings culture. When I moved here in ‘89 Albany was white and black, that’s it. It’s changed a lot, I think it’s really good for the city.”

Orlando says that it’s heartening to see so many restaurants flourishing in the area. “My secret is out—all the food I’ve been cooking, I’ve been cooking because I lived in Queens, Boston, and Cambridge—its global comfort food. I think it’s absolutely great that dinner is not an orchid on a plate with filet mignon. Dinner could be a bowl of noodles. I think Steve Barnes, Deanna Fox, you guys, all of the press in the area have done a great job. They’ve rallied the troops. Twenty years ago when I first came up and worked in Albany people asked, ‘What are you doing there?’ I used to have to special order cilantro– it was really a vacant scene. Even as a few years ago when I did the Food Network people would say, ‘Let’s focus on your restaurant in Woodstock.’ They didn’t want to talk about Albany. But I think Troy has helped the Capital District. We all know that we have a great scene but once you get south of New Paltz or east of the Berkshires no one knows about it. I think that’s starting to change. When folks from out of town fill out our comment cards they say they love the restaurant and say we have a great food scene here. But they had no idea it was here.”

Another change Orlando has observed in Albany is the brunch scene. “Brunch died a slow hard death in the 2000s. Brunch went from being flowers on the table, birds chirping and classical music to rock n’ roll. Our brunch here is packed. Our chef Tim Gates he’s got a beard from his chin down to his belly. He’s a rock n’ roll chef. He makes biscuit and gravy and the heavy-duty stuff. So now there’s a leaning toward fatty southern-influenced food, which is fine… let me tell you something, I’m old enough to know, you can’t eat that way every day. I wrote a book called “We Want Clean Food!” I’m here to keep that balance.” 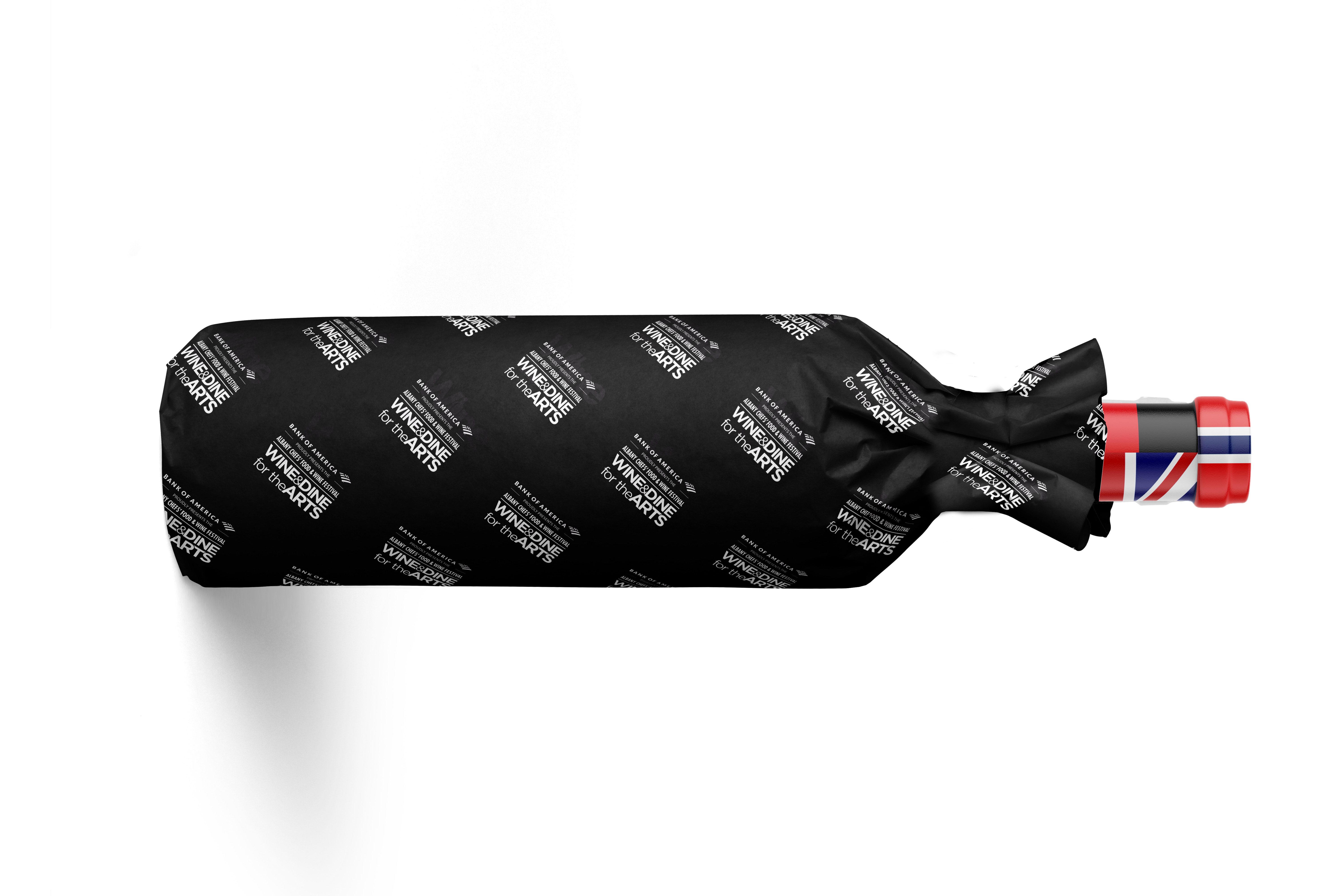 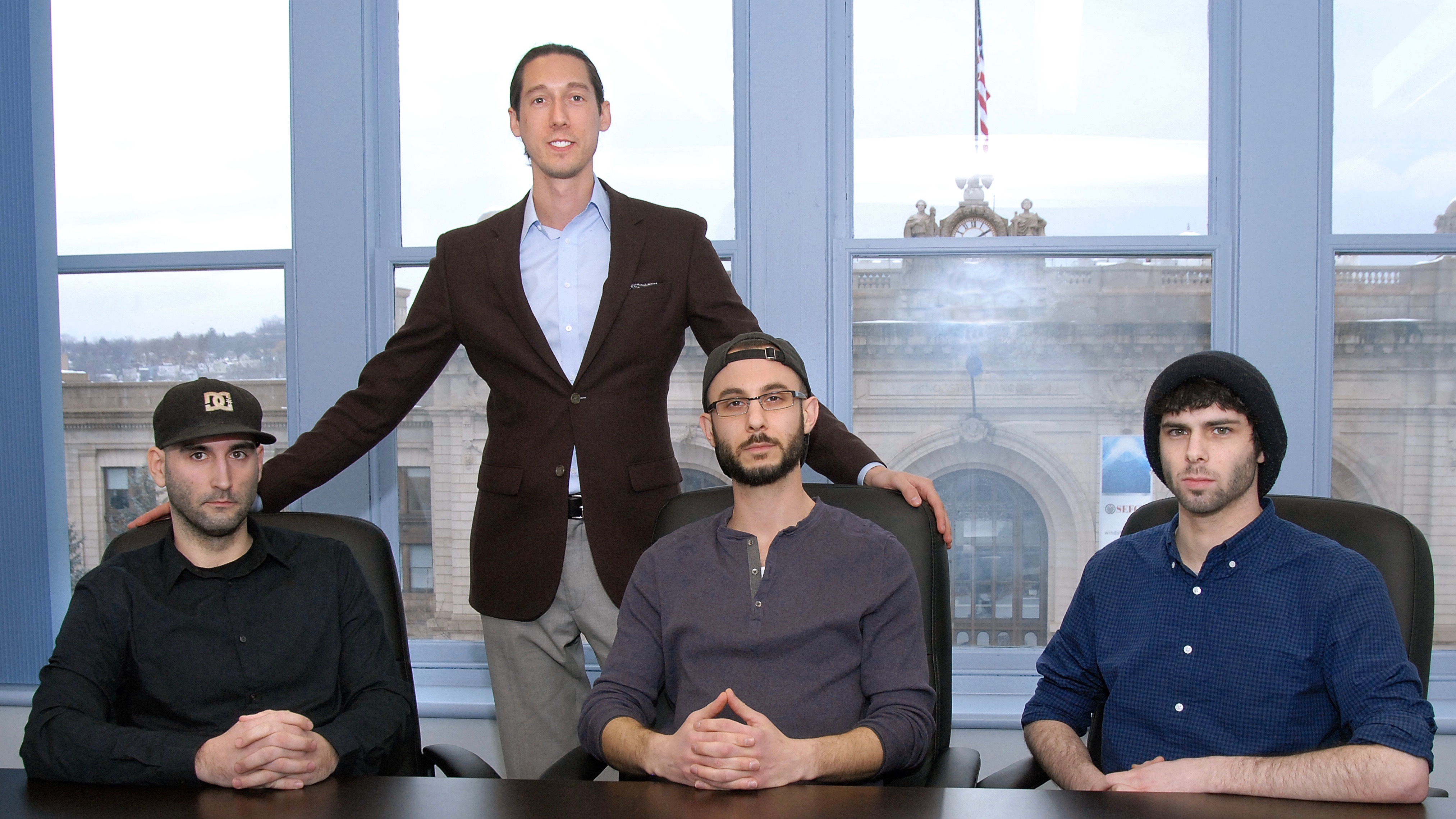