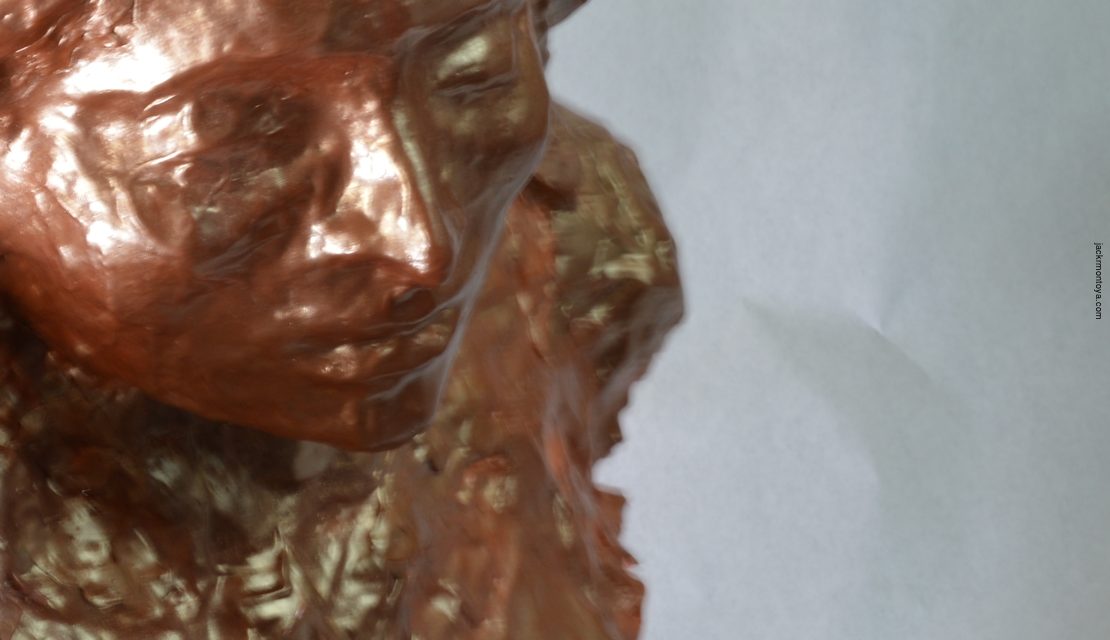 Jack Montoya is both a self-taught visual artist and a computer scientist with a doctoral degree. Over the years, he has discovered many ways in which the two pursuits find a natural overlap. Montoya credits local artist hubs like LARAC, North Country Arts and Saratoga Arts for supporting his desire to bring his work to a wider audience.

Your story as an artist is perhaps a little bit unusual: creating art over the past 30-plus years, and also having a career as a computer scientist. Sounds like the two have influenced one another.

That is a nice way to tell that I never studied art formally. I have a strong academic background, but it’s not in art.

I worked on computer vision algorithms and 3D image pattern recognition by computers… It was fascinating to me to learn the contrast between how a computer detects form, and how many algorithms and approaches you can have to tackle that issue, and how a human reacts to that… human perception versus machine perception.

I think that, combined with my interest in working with my hands since an early age… I started to feel the need to develop the skill as a sculptor and develop my career as an artist with a little more consistency. That came after many years of “a line in the sand” of trying to separate my technology work from the artistic work.

At what point did you start using 3D printers for your art?

I’ve been trying and failing at it for let’s say about five years, but with some degree of success probably the last three years… I have a graveyard of many failed prints.

You learn that when you work in technology: Many things fail. When you see a car on the street, and it has heated seats, there have been probably hundreds of iterations of that design. I think that gave me that additional element of patience, and (an) understanding that some of these processes are low-yield… I personally am not working on mass production. Even if they’re 3D-printed, they’re basically one-of-a-kind.

At this point, are you working exclusively with 3D printers? Or do you do more traditional types of sculpture as well?

I do both. My primary target is not monuments in public squares, so I don’t work with foundries to cast my work in bronze… I work with mixed media, smaller materials to build some sculptures by hand. That is a very slow process, so in parallel I have some pieces that I print.

Your website mentions the Montoya Studio, and you use the word “atelier” like it’s a space shared with others. But you also focus on the fact that you work by yourself.

It’s something I have to share with myself… 3D printers demand a lot of space and they generate heat, and that is incompatible with other materials. You have to do a lot of juggling with your space… you need a space to draw, and sometimes your drawing table is also your photography studio for a show.

In this case, no single process owns all the space, so you need to make things compatible with the different processes. So, multiple incarnations: the draftsman, the programmer, the modeler, the 3D printer technician…

But it’s all you.

How has the pandemic impacted you as an artist?

It has changed the outlets, so you have more of a universal digital gallery going on in different spaces. That has forced me to pay more attention to my photography skills and photographic setup, because it’s difficult to capture the energy of a sculpture via photography. I don’t have the same opportunity of putting that sculpture on a pedestal. Or if it’s a wall sculpture, I don’t have the same opportunity of having that interaction between the viewer and the piece at a certain distance and a certain angle.

The other thing is creating more 2D art, because for digital delivery the flat image is much more convenient… people will be using a flat surface to view that image.

When I look at the sculptures that are in your online gallery, I do notice what I feel is movement. It’s sort of remarkable, because they’re still.

I think the theme of movement is central to me. One of my favorite artists of all time is Auguste Rodin… one of the things that I look for (as) inspiration from him is that sense of movement.

I’ll give you an example of a situation that arises when you compare technology to human perception… Working with a model, I did a 3D scan of her head for a portrait, and then I did (by hand) a sketch and a clay model of her head. I showed that to her… the machine, while accurate, gave her no emotional reaction. She saw herself in the 3D scan and her words, more or less, is that this is like a medical image. And this is a portrait. The clay — that’s a portrait.

Another of your influences is coming from a family of cabinetmakers, who worked mostly with hand tools.

I don’t watch a lot of TV, but one of the things that I try to watch when I can is a show about craftspeople. The presenter of the show… (says) he started working with his hands to “feed his soul.”

I have friends who are not artists, and they’re not into art. But they take pride in working, in doing things themselves… to me that is a common theme. You can do things yourself; you can work with your hands; you can take pride in doing something your way.

I think that is something that comes from the family of cabinetmakers, but it goes all through my life. 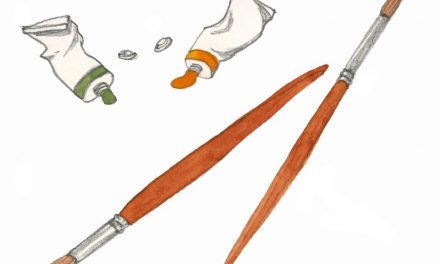 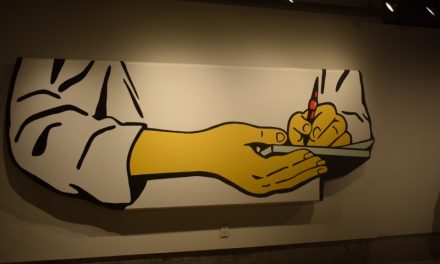