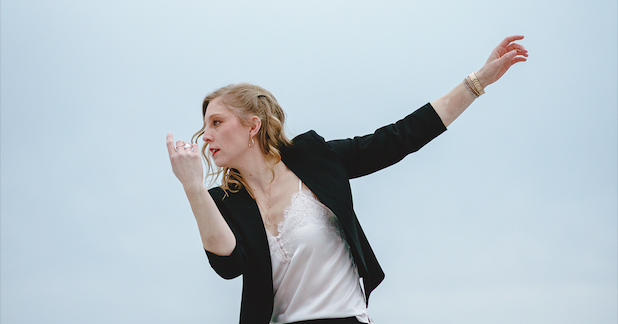 Anna Pillot: ‘Be open to collaboration and connecting with people’

Green Island-based dancer, choreographer and trapeze artist Anna Pillot has kept herself busy in the local dance and visual arts scene of the Capital Region since moving here in 2012. Pillot has been a member of Albany’s Maude Baum & Co. Dance Theatre since 2014 and teaching dance at Union College since 2015.

Pillot “is passionate about the creation of opportunities within the Albany dance community,” says nominator Sandra Santana. Pillot has opened doors for up-and-coming choreographers and dancers as artistic director of Albany dance company People Who Move (founded in 2019) and founder of the regional Emerging Choreographers Project (ECP) (established in 2017), which will celebrate its fourth showcase in July.

“Anna is an insanely kind soul,” Santana says. “Selfless is a great word to scratch the surface of who she is. She believes in opportunity for all and gives every bit of herself to ensure this is a reality for others.”

Pillot remains focused on developing ECP, which she says will be mostly curated by invitation, celebrating the choreographers who have shown work since year one, who will showcase how their work has developed. The project will also be extended to make room for more of the choreographers’ ideas. The project, which previously has been funded by arts grants, will be funded entirely by supporter donations this year.

Tony Iadicicco of Albany Center Gallery, where ECP first took off, was excited to take on the project to highlight new forms of creativity in the region. He notes the way that the dancers were able to use the challenging layout of the gallery to push boundaries with their choreography.

“The first year, it really knocked the roof off the building,” he says. “It was well attended and had a good response as another creative way to bring people into the space, to not only provide an opportunity for new performances but also to bring in dialogue and critique at the end. [The audience] gets to interact with the performers.”

Iadacicco adds that he has been happy to see the program grow from its limited space and single-day showing to a multiple-day showcase. He hopes to see people like Pillot going out of their way to program opportunities for new, interactive works of art in the area.

“In terms of getting good energy going for people to gather and appreciate and highlight up-and-coming performers or people who may not have had the opportunity to do performances like this—all of this exploration of creativity is her seeing the need for it and filling the gap,” he says.

When it comes to People Who Move, Pillot says it will be focused on a work-in-progress idea she hopes will become a “dance for camera” piece that addresses the catastrophic effects of climate change. In a planned trip completing the Camino de Santiago (for a second time)—the cross-continental pilgrimage leading to the shrine of Santiago de Compostela in Spain—the artist wants to interview passers-by about their experiences with climate change for a more global perspective for the choreography project. She plans to show the work-in-progress during the July ECP production at Cohoes Music Hall.

Pillot says she is focused on developing her creative abilities after spending the past few years as a producer, working primarily behind the scenes. While she is glad to be continuing her major projects, she hopes to continue on the personal growth of her artistic ability and to see how she can develop new projects without an annual deadline.

“I feel like it’s a reawakening of my own creativity,” she says. “[People Who Move] was a lot of work because I was also producing it, so it kind of took the joy out of the performance a little bit. … Since the back half of 2019 to now, I’ve been choosing my creativity more versus having my artistic stuff be a supporting role in life. It’s feeling more fulfilling again— filling me up more, whereas for a while I felt pretty drained.”

Pillot recently took part in a new dance-visual arts project for Albany Wine and Dine for the Arts in partnership with Albany Center Gallery and Eba, the multi-disciplinary, nonprofit arts organization led by choreographer Maude Baum. Pillot fell in love with the method immediately.

“We were in full paint suits, covered, and I just really loved considering if, while I’m moving: ‘Am I moving in order to create this painting? Am I painting or am I dancing? Is the paint the result of my movement? Or is my movement resulting from the paint?’ I’m like, ‘Oh my God, I found out how I can be a visual artist,’ and that’s so exciting,” she says. “I want to collaborate more on that this spring. I’d love to somehow end up with an installation somewhere.”

Iadacicco says the pieces were auctioned off at the event as movable mural pieces and will soon be on display at the Albany Parking Authority and that he and Pillot have discussed working on similar projects in the future.

“It’s fortunate that we work well together and really support each other’s creativity,” he says. “It would be cool to make projects like this happen on something like a monthly basis, but I know how much work goes into it. But it’s a special experience and really different for creatives and dancers for sure.”

Pillot says collaborating with the arts community is her main priority and that she’s also happy to have seen the dance community continue to collaborate within itself and expand over the past few years. She has started taking heels classes at Troy Dance Factory, and has seen members of Ellen Sinopoli Dance Company, Inspirational Movement Dance in Glenmont—and even as far as Boston Conservatory—participate in ECP.

“It’s really cool to see a little bit more of the dance scene,” she says. “I don’t know if my eyes are being open to it more or there is more. I think both. But it’s really in letting yourself be open to collaboration and connecting with people.”

She notes that her works, and those of her dance colleagues, don’t happen without challenges and hiccups.

“We do need space and money and support. If anyone just gave us a couple thousand dollars, we can do a lot with that. We’re pretty frugal,” she says, laughing. “A little bit goes a long way but I think overall it’s a pretty determined community.”

At the end of 2020, Pillot will take a hiatus to pursue her MFA and grow her work in choreography and trapeze art. She has been inspired by her new steps into multidisciplinary arts exploration and is excited to further develop and integrate them into her choreography.

“I’m curious what it would look like to bring my work into a gallery setting—what if I have this painting up or if I have a dance film—what other ways can I blend disciplines and use other media?” Pillot muses. “That’s where I’m at, personally, and artistically, which is really exciting. I just feel like everything’s working out. So, I’m just gonna keep going.” 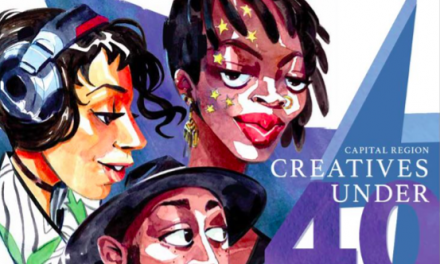