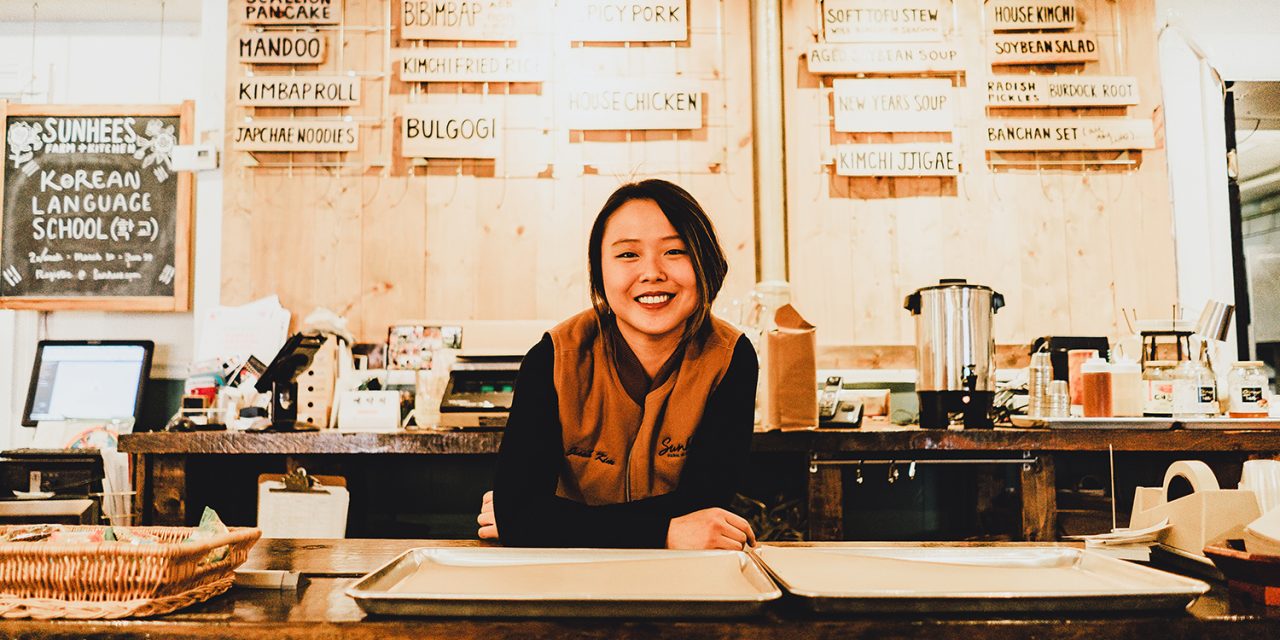 Jinah Kim: Serving generosity and courtesy for those who are far from home

After less than three years Sunhee’s Farm and Kitchen feels like a linchpin of the community. With a home in a masterfully refurbished former Irish bar on Ferry Street in Troy, Jinah Kim and her mother and father have made quick-serve Korean not only successful but a model others seek to replicate across the region.

The food is great, but it isn’t the sole reason Sunhee’s stands out from a crowd of new hip, forward-thinking restaurants that have opened in the region in the same time frame. Kim’s commitment to serving and fostering the immigrant community shines as the kind of altruism that can lift an entire community. But don’t tell her that.

“I really just view it as a partnership,” she says. “It’s not altruism. It’s really this is who we are and it’s not that we’re trying to like, do good work as much as it is just embedded into our identity.”

Kim, who moved to the region with her family when she was 3, has followed a path dedicated to helping other immigrants. In 2012 she graduated from Boston College with a degree in international relations. From there she worked for Catholic Charities Community Services resettlement office in New York City, then returned to the area to work for the U.S. Committee for Refugees and Immigrants.

The restaurant grew naturally from the important role food plays in her family—sharing a meal with her parents quietly, the feeling of being home and loved. She wanted the entire community to experience that.

“I’ve been thinking about hospitality itself a lot lately,” says Kim. “It comes from the Greek word xenia and xenia talks about generosity and courtesy for those who are far from home. We’re not inventing something new or trying to revolutionize the industry, we’re just going back to what hospitality means and reaching people who are far from home.”

As much as Sunhee’s is derived from that ethos, Kim understands that her plans mean less than simply being able to serve people as they need to be served. “To really empower people sometimes I also have to let go of my own control and understand that I’m not the key factor in all of this,” she says. Rather than trying to employ 50 people, she’s happy making sure the 15 people on her staff get better training and feel like they belong.

Kim isn’t the kind of person to rest on her laurels, but she isn’t itching to expand Sunhee’s in the traditional sense. She recently took the law school admission test and plans to go to law school. She wants to provide legal services to the local immigrant community and advocate for them.

“I talk more about expanding vertically,” she says. “What that looks like is tapping into different areas of service. We want to incorporate legal services because we feel like the demand is there. It’s really a supply and demand kind of situation.”