Cooperstown’s Glimmerglass Festival has a reputation as being forward-thinking and engaging, it wins plaudits for supporting young artists and staging new or forgotten operas. This summer will feature appearances by Supreme Court Justice Ruth Bader Ginsburg and celebrated author Ta-Nehisi Coates.

This season consists of works as disparate as the cotton candy spectacle of “Show Boat,” the Parisian sensibility of “La Traviata,” the powdered wigs and corsets of “The Ghosts of Versailles” and the starkly modern every-day setting of “Blue.”

As the festival’s director of production Abby Rodd makes sure the props, settings, costumes and everything else are ready to go for the actors come show time and that they stay in shape.

If you want to get to know Glimmerglass Rodd is the person to talk to as she’s been involved in some way with the festival since 1992 when she was in high school.

The Collaborative: What is a typical day for you as Director of Production of this wide-ranging opera festival?

Abby Rodd: My role is putting all the creators together, taking that group full of talented people and coordinating all of them. We have 125 people on staff at Glimmerglass and most of them are artisans, scene makers, carpenters, or props people.

All the people don’t start on the same day. We start bringing folks in at the end of April. The riggers come in and start inspecting the equipment that sat all year. The costume folks come in early to mid-May. We can have five different looks in a show and while not everything we do is from scratch everything has to be fitted to our performers.

So I spend time making sure everyone has what they need. On a typical day, I’ll be walking around the campus halls and departments seeing who needs help. For one of the shows we’re doing we need guns and obviously, you can’t ship guns even if they don’t fire. We know a local guy but he is currently getting chemotherapy. So my job is to call this guy or that guy to see if somebody who knows somebody who can help us get the guns we need. 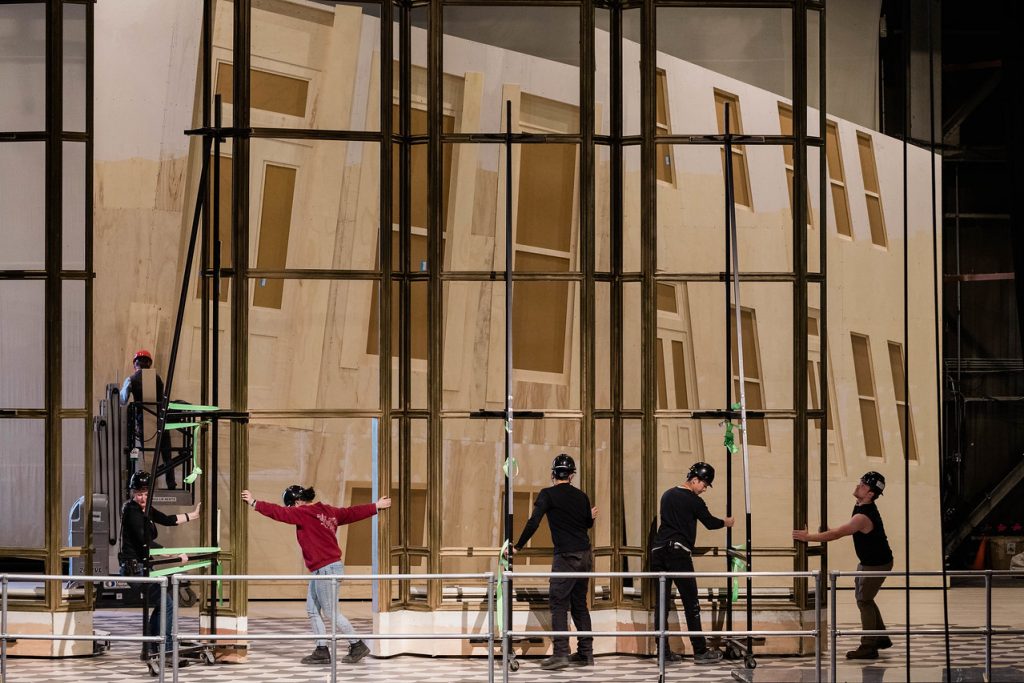 CO: How did you initially get involved with Glimmerglass?

I started here as an intern in 1992 right after I finished high school. My twin sister was working in the costume department. They needed someone and my sister said she’s free!’

I did theater in high school but I never considered it could be anything more than a way to get out of math class. So went to college and I ended up in a situation where I didn’t want to go back to school. I had an internship somewhere else and they asked me to stay on as a journeyman.

I went back to school and I kept coming back here for the summer. I realized this is something I could make a living doing. I knew how to weld and I found that people kept asking me to do it.

I just sort of found that community I was looking for at Glimmerglass. It became my extended family. My mother worked here for a while, both of my older sisters as well. And I eventually worked my way up to Technical Director. 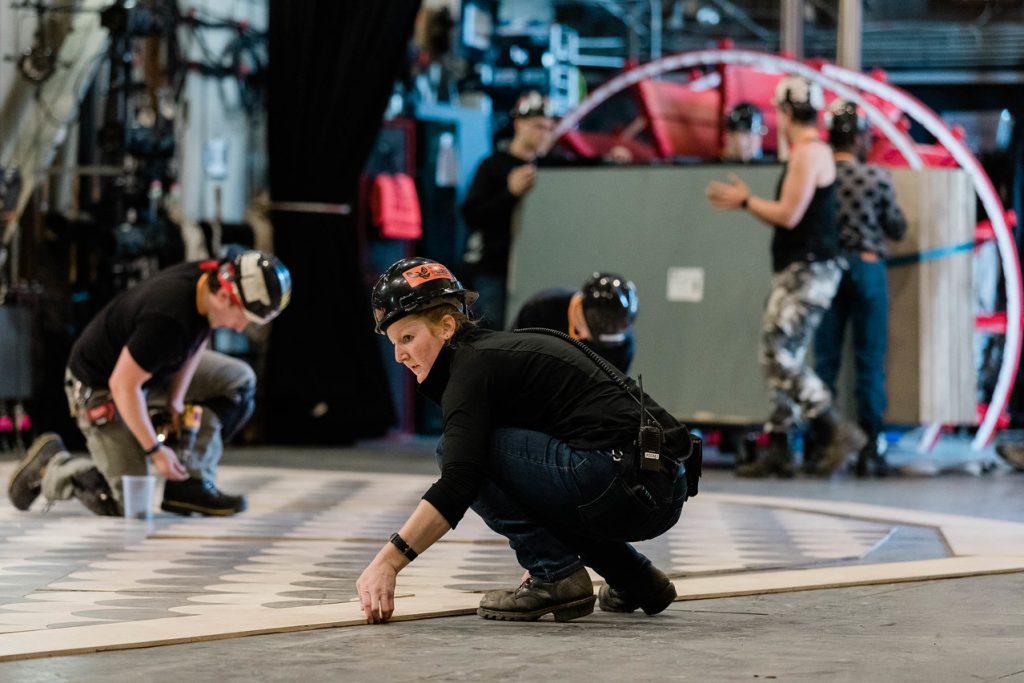 CO: Glimmerglass has evolved quite a bit over the years. What was it like being part of that growth?

AR: When Glimmerglass became year-round they needed someone here over the summer to coordinate their relationship with the New York City Opera. In that relationship everything needed to be union built.

We used to do modifications buy not build. We weren’t yet equipped to build on that scale but recently we had board members step up and insulate our shop for use year-round and now we are more efficient and economical.

Folks take a lot of pride when they see what they build up on that stage rather than modifying what someone else built. 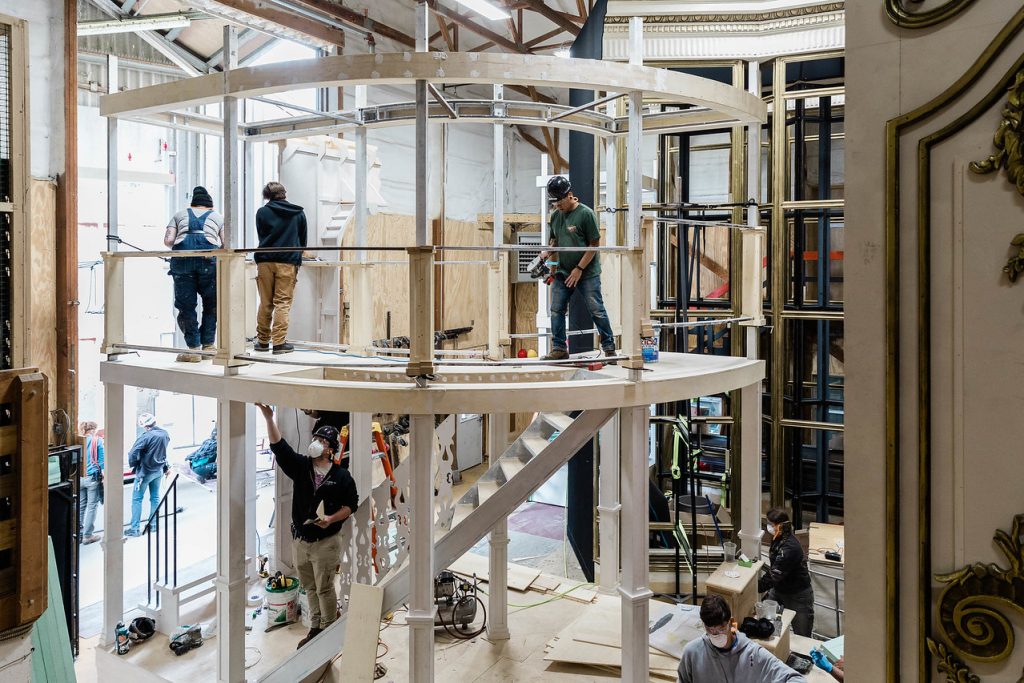 CO: Being that you grew up with the festival what kind of impact do you think it’s had on Cooperstown?

AR: Glimmerglass has had a huge effect on the community. I think Cooperstown is as cultural as it can get for a small town. We do pretty well for ourselves but the opera just adds to it. The things we do with youth opera—as many local kids who want to be involved with it can be. For kids to be able to see what we do is amazing. Francesca Zambello (artistic and general director) is so welcoming to kids who maybe don’t come from the most well-off families.  She wants to give the underdog a shot. That is what I really was in high school. I was the kid who was sent to the office for smoking in the bathroom. I was a total fuck up until I found a place where creativity was accepted.

In Cooperstown, you are either the kid of the doctor or of the farmer and I was stuck in the middle. My mom was a piano teacher. Glimmerglass was one of the first places I did really fit into a group of people. It just kind of works that way here.

I’ve had people ask me if I struggled being a women while working in the shop here and it never really occurred to me. It has never really mattered that I was a woman or not. Maybe its because I grew up in a family with five girls and my mother. There were no “man jobs” it was everyone’s job. 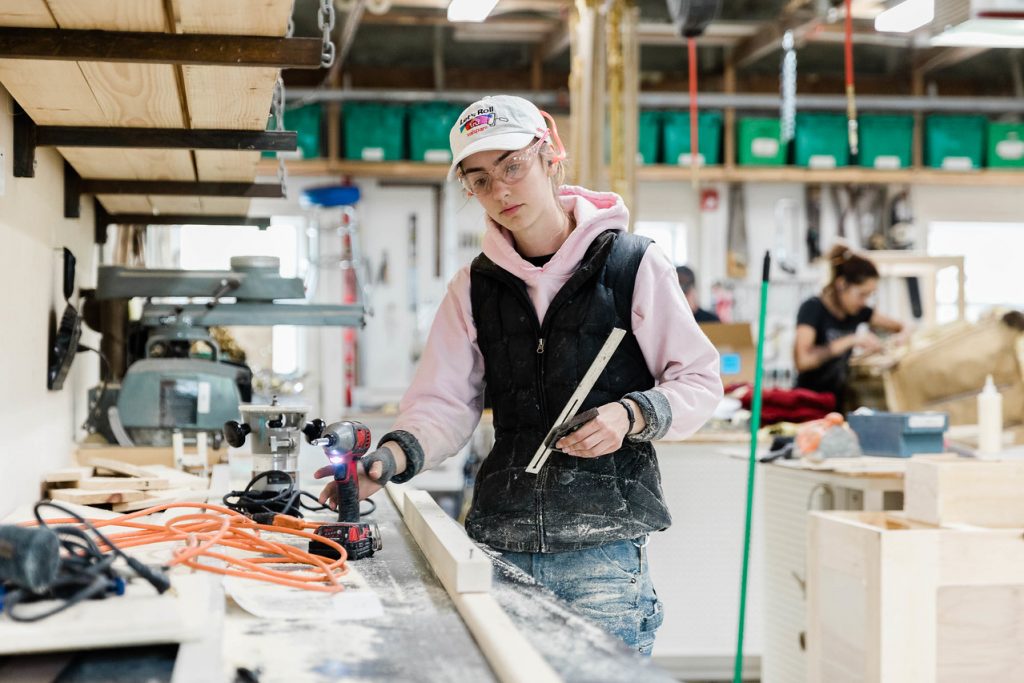