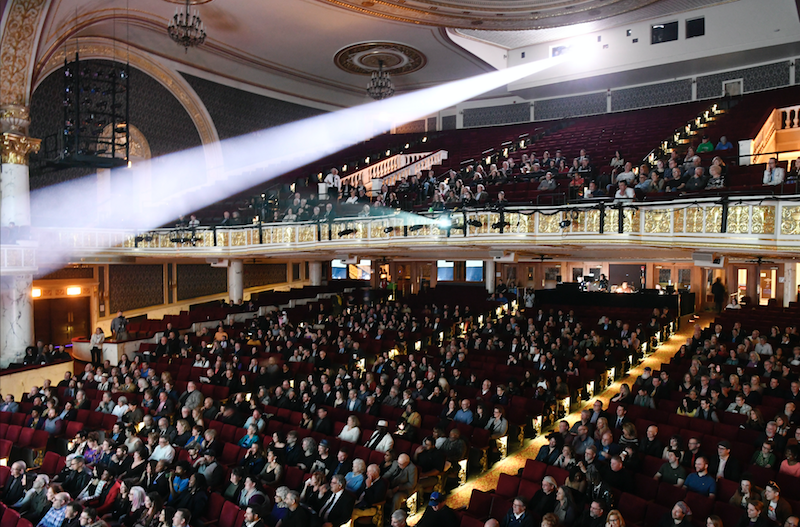 The Collaborative staff was on hand as presenters and co-producers of the inagural Capital Region Thomas Edison Music Awards—a.k.a. The Eddies—April 14 at Proctors.

Here is some of what we witnessed that evening. 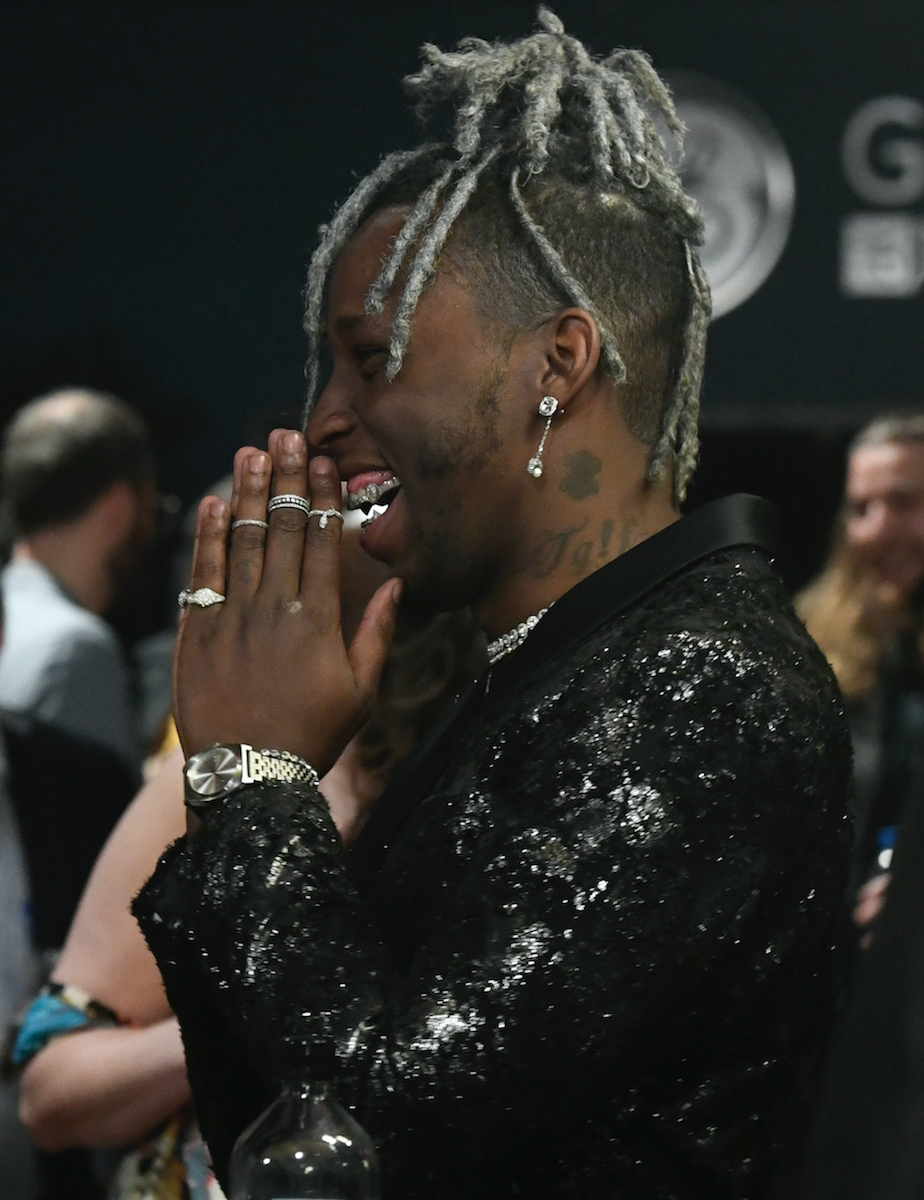 Black was the color of the evening—black jeans, black leather, black tuxedos, black Ts—but there were more than a few people who stood out. Or at least they believed they did. Best DJ nominee DJ TGIF told The Collaborative that he might have won the competition for best outfit of the night by default as soul artist nominee The Age had preemptively conceded to him.

And there was Candy Ambulance’s Caitlin Barber, who was sporting a fur coat and tights (and post-show giving the camera the finger while posing with WEXT’s Eddies winner for Radio DJ of the Year, Chris Weink).

But neither TGIF or Barber were a match for musician and comedian Erin Harkes who rocked the stage as emcee with a multitude of outfits lent to her by BoHo Chic Boutique in Ballston Spa. 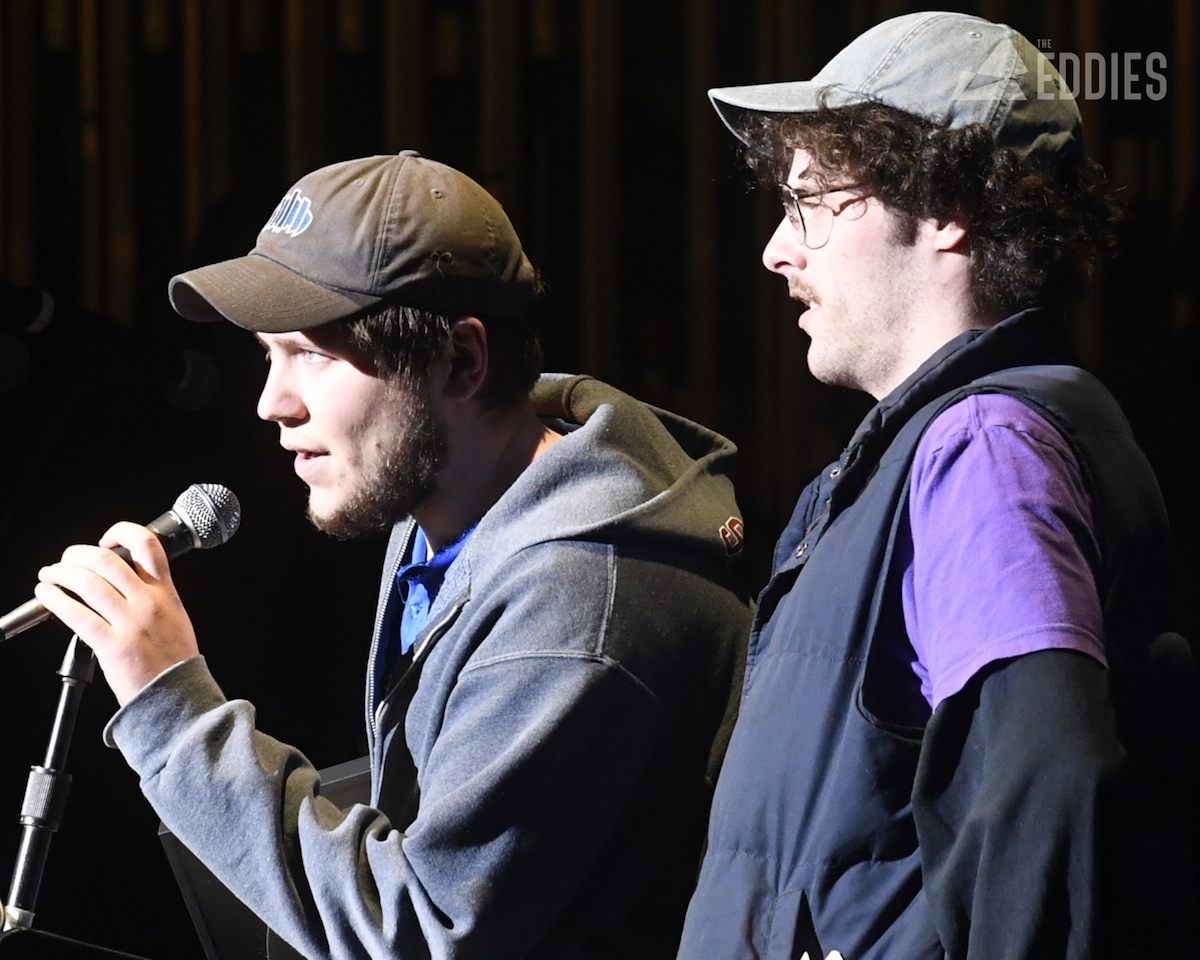 Light it up man

When two-fifths of Let’s Be Leonard came on stage stoked to pick up their Best Jam Band of the Year award, one Eddies winner was overheard remarking after what constituted their acceptance speech, “They remind me of Cheech and Chong.” 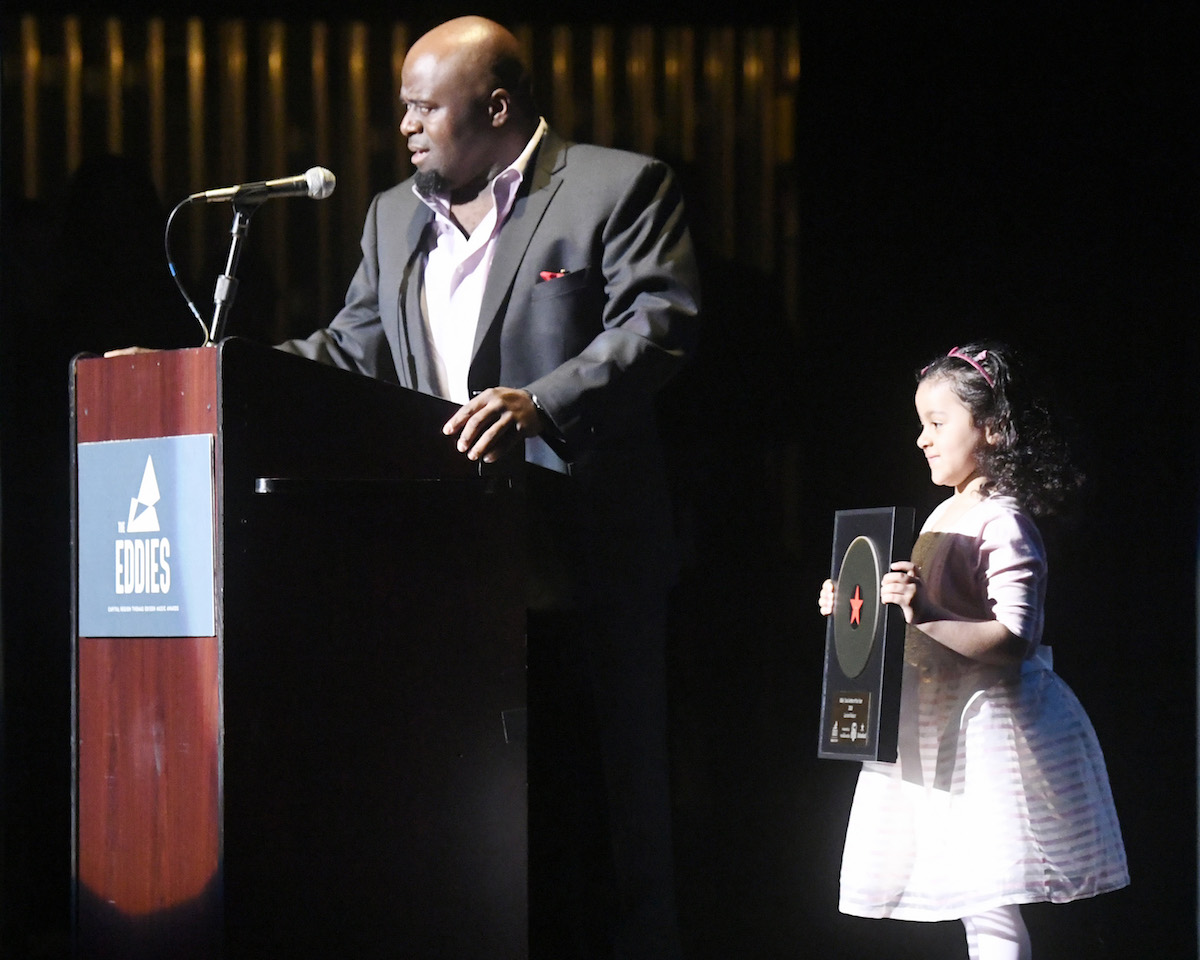 There were father-daughter moments on stage that brought thunderous applause from the audience. First, Garland Nelson’s daughter, holding his R&B/Soul Artist of the Year award, half her size, and beaming at her father as he casually accepts. Nelson, as charismatic as ever, was busy making people smile, but became completely lost in the moment to the little girl behind him. Later, accepting a second Eddie onstage with his Soul Session band for Party Cover Band of the Year, the singer had left his daughter in her seat … only for her to rush the stage, join the band, and get lifted up by her dad to say “thank you” to the audience.

And there was a father-son moment. Rich Ortiz performed solo but when it was time to pick up an Eddie for Solo or Duo Performer of the Year, his son Taylor joined him on stage. Rich hinted he hoped his son would be a sixth-generation artist in his family; we’ve seen a snippet of Taylor singing on video that suggests he is a chip off the old block.

In his early 40s, Ortiz is hardly the elder statesman of North Country music. Nonetheless, he was approached at the Eddies by Rich Derbyshire of two-time winner Wild Adriatic, who told him as a teen he was inspired to become a guitarist after seeing Ortiz play at a Lake George area benefit. 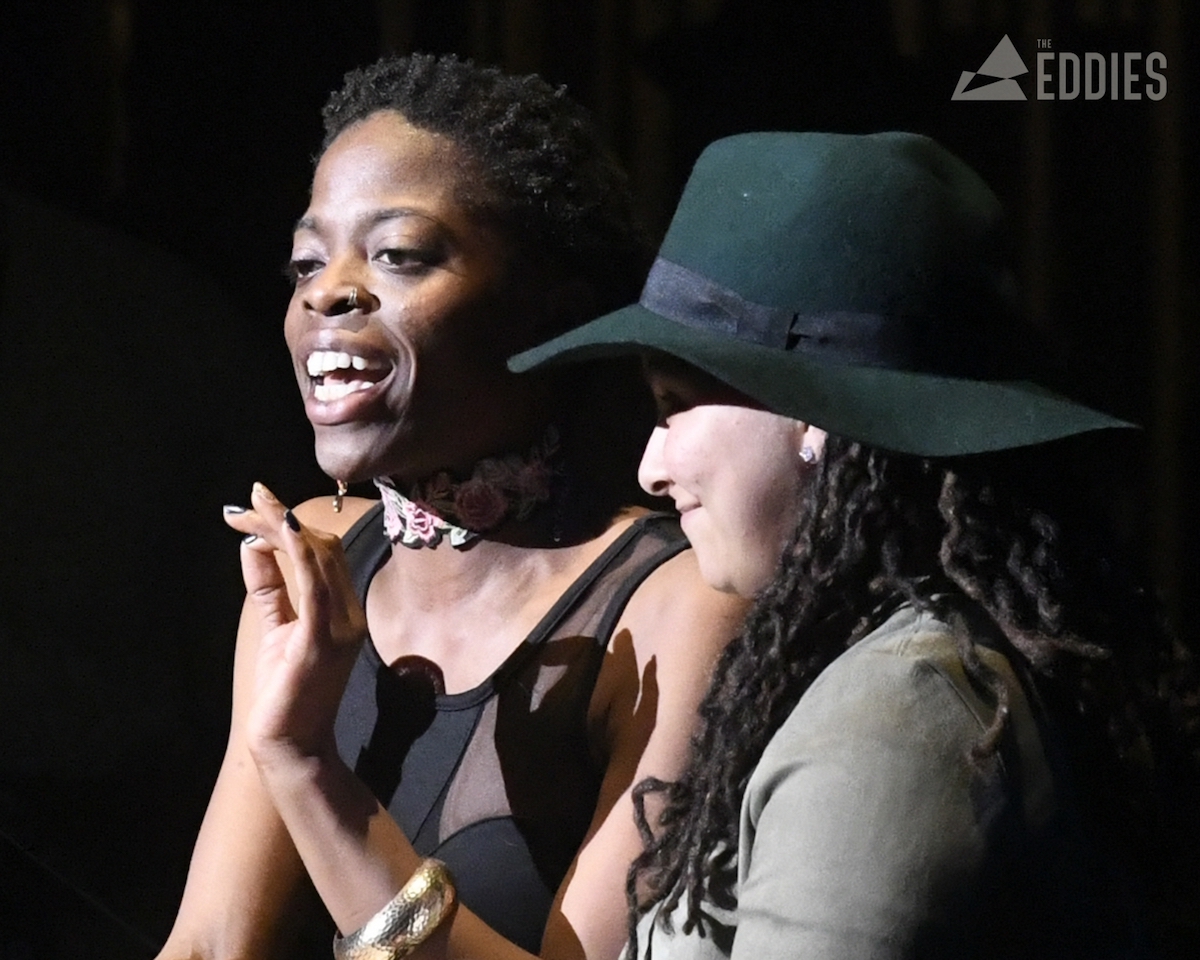 Jamel Mosely of MelEMedia, Taina Asili, and Amani O commiserate in the VIP section about the multitude of projects they all have in the air ahead of the ceremony. Asili was ramping up for an album release and tour the next week. Mosely is preparing  to unveil a coworking space with Collectiveffort and Amani continues to involve herself in activism, slam poetry, music and spiritual study. They’d celebrate later as Amani’s hip hop project KATANI took home the award for Best Hip Hop / Rap act (in a tie with Johnny 2 Phones).

Their moving and powerful acceptance speech gave thanks to their ancestors as well as to the misogynists in the music scene who inspired the duo to start changing the songwriting game. It also included a shout-out the murdered and incarcerated people of color who have not had the opportunity to take part in “the healing power of music” and earned one of the few standing ovations of the evening. 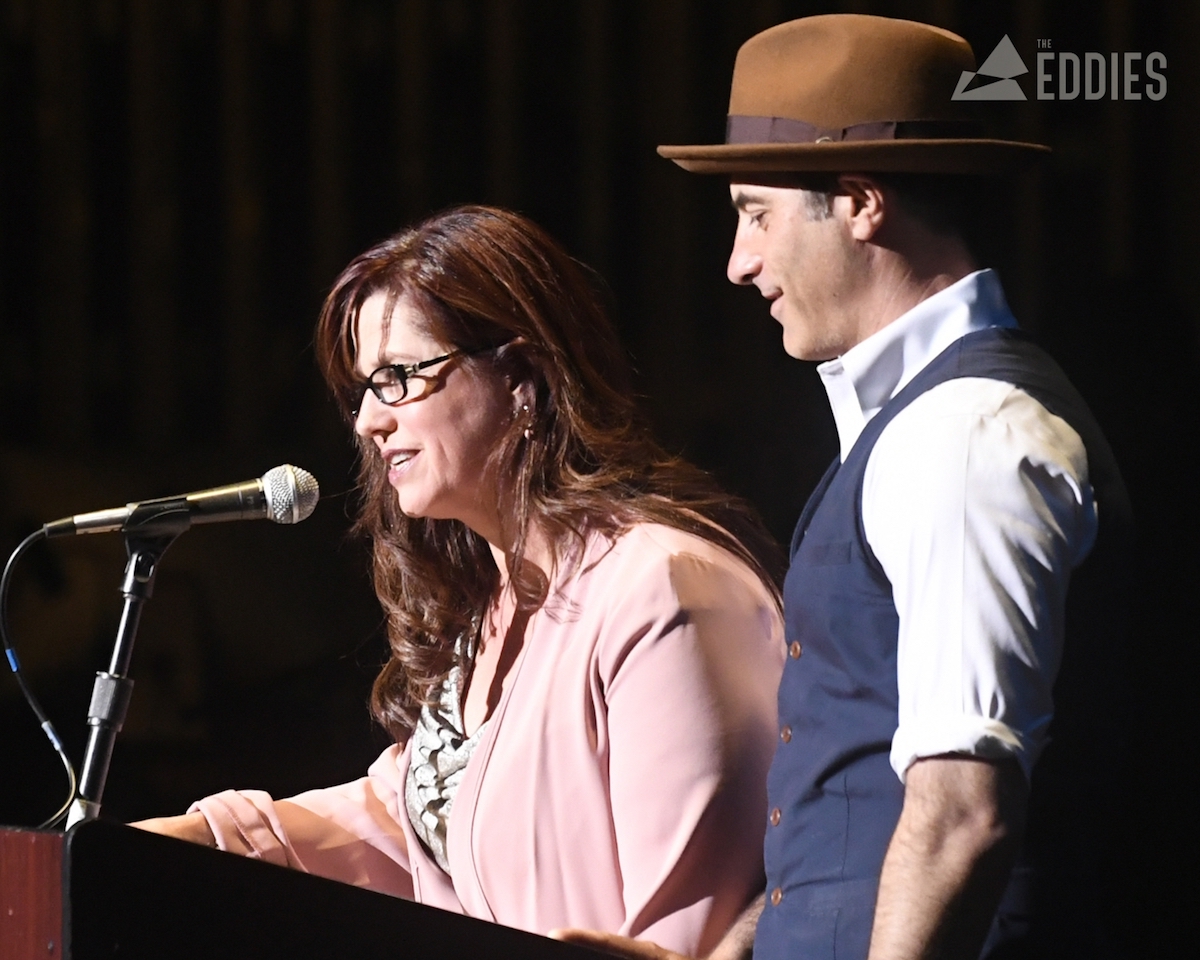 During intermission, McGeary’s owner and presenter Tess Collins joked with local promoter Kim Atkins and Dan Maddalone of Chateau Shows that she was planning to run for mayor. Her proposal was met enthusiastically.

Capital Region Thomas Edison Music Hall of Fame inductee Ruth Pelham is 10 feet of personality in a five-foot frame. Still stunned, not only by the honor, but by the incredible audience response to her story, in video and in speech during the ceremony, she thanked everyone in her orbit for their contributions to the success and legacy of the Music Mobile. Moving from the lectern to the photo opportunity in the theatre’s crossover, Pelham finally had the chance to reflect, to bask. But she bailed, instead using the moment to further proclaim the power of music to heal, to change and to educate. And that’s exactly why she was inducted (along with Saratoga folk musician Kevin McKrell) into the first class of the Capital Region Thomas Edison Music Awards Hall of Fame.

The first Eddies Awards won’t be the last. Co-founders Sal Prizio and Jim Murphy announced the date for the sequel: April 5, 2020 at Proctors. They also called for the audience to get involved, reach out with suggestions and ideas for ways for the local music scene to collaborate further.

Teddy Foster of Universal Preservation Hall announced that the The Eddies Hall of Fame will be permanently housed at the former downtown Saratoga church when it opens as a 750-seat entertainment venue in February 2020.

For more information, a complete list of winners, photos and videos, visit theeddiesawards.com. 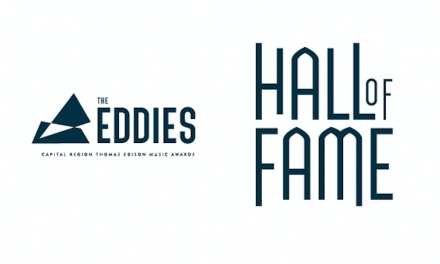 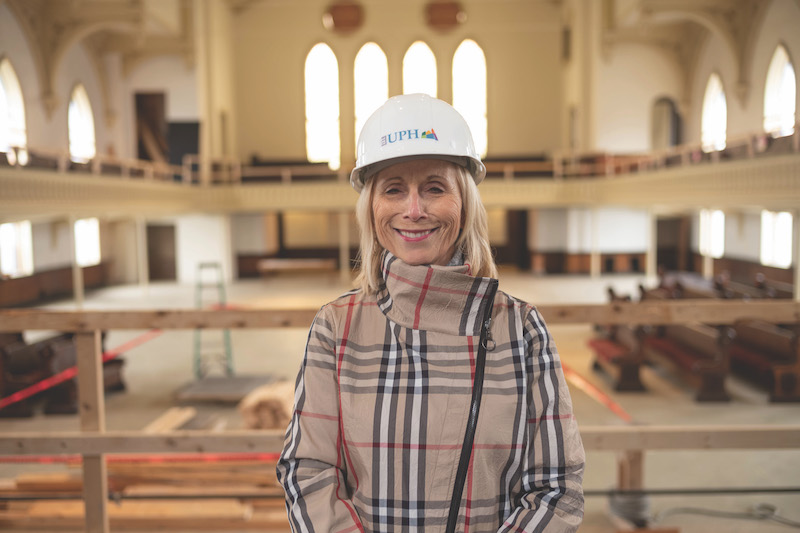 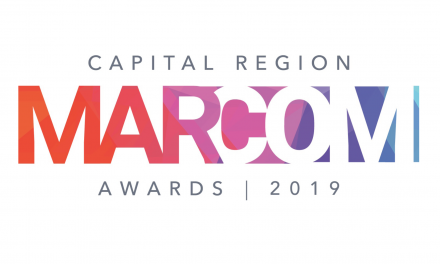