This article first appeared in The Alt on September 6, 2018.

Dan LaFave’s debut album is his own in the sense that he wrote the songs and his name’s on the cover. But upon hearing how sincerely he speaks of the drove of Albany contemporaries and collaborators, whom he considers integral personal influences, calling it a solo record doesn’t feel right. The 28-year-old has entrenched himself in a generation’s worth of Capital Region projects (Geoff Gordon, Coupons, Secret Release, and Hospital Corners, among others) since moving here 10 years ago. And Real Estates, both in process and product, is as if one musical mind was possessed by the spirit of an entire community.

“You’re around these people and you say, I wanna do this. I wanna be like this,” LaFave says, sitting with John Mongonia, the record’s producer and sonic choreographer, during a phone call with The Alt.

In fall 2016, LaFave’s criminally short-lived quartet Coupons was winding down, but he’d amassed a handful of demos that he wanted to begin fleshing out elsewhere. That was also when Mongonia’s then-Albany-based band Jouska released their debut album Topiary, and LaFave was awestruck.

“John is here so I hope he doesn’t get his head too big from this, but I listened to it constantly,” Lafave says. “Almost obsessively for a while. I just loved how it sounded and I just thought, ‘Man I would love some of those textures on something I did. I would love to see some of my songs through the prism of what these guys are doing.’”

After approaching both Mongonia and Jouska’s singer/songwriter Doug Dulgarian to solicit a producer, Dulgarian, Mongonia explains, “selflessly handed it to me,” and thus kickstarted the LaFave-Mongonia motor that ran periodically throughout the last two years.

“There’s been a lot of stuff going on in our lives and we made it so this has not been the burden thing. This has been the release thing,” Mongonia says.

And the record glows with a pure enthusiasm to create.

It’s a melange of Petty-indebted Americana rousers, plunky piano bops, and squealing chunks of punk expressionism that all suit LaFave’s conveniently flexible voice. Each song has not one, but a half-a-dozen distinct flavors that LaFave sometimes concocts into fine, neatly-presented cuisines (“18 Hour Drive,” “Summer Days”). Or he starts making the dish by recipe, says “fuck it” halfway through, and tosses in whatever his pallette suddenly desires. Both methods taste great, and the record’s thrill is being completely incapable of guessing what the next course holds.

The title, Real Estates, is pulled from its most unpredictable number, “We Tried.” On its exterior, it’s a breakup song about recognizing the emotional and/or physical real estate that’s necessary to bind a partnership together. “We needed a new plan or some real estate / you needed a new man with some real estate,” goes its hook.

“I also don’t own any real estate,” LaFave says self-deprecatingly.

But in a less literal sense, “We Tried” is the blueprints for LaFave’s model home as a musician. His contractors—Dan Maddalone and Craig Dutra on bass, Mark O’Brien on drums, and a litany of contributions from Mongonia—are vital components of the building’s foundation. But LaFave pulls off a construction job on his first try that’s got enough curb appeal to fill a neighborhood.

Read our full conversation (which has been trimmed for conciseness) with LaFave and Mongonia below:

What was your songwriting process like when you were writing them on your own, before you presented them to John?

LaFave: For most of them I wrote the music first and then added lyrics after. With the exception of “Montreal Song Pt. 2,” I went to a really wild wedding in Georgia. And woke up the next morning after the wedding and wrote all the lyrics down in kind of one stream-of-consciousness take, on the hotel stationary. This was just a wild wedding that I went to when the bride and her mom really had it out in a way that was pretty crazy, but everyone else still had fun and really kept their composure. So that was really interesting.

LaFave: The Geoff Gordon lyrics were sort of, without exception, very personal and very first-person oriented. And I think that there’s some of that on this album but I also think there’s some lyrics that are more observational and more storytelling.

What about specific riffs and melodies? How do you pick which one goes to which?

Mongonia: It seemed like, from getting to know Dan really closely through this project, finding all of his musical interests—not too different from mine but just, like, a vast sort of musical vocabulary that he has. I don’t think one particular project could really contain all of the styles and genres that wind up bursting out of him. Dan’s just got such an interesting and diverse musical intellect that it would sound like such a hodge-podge to make a band that sounded like all of his influences and catered to all of his whims. And so being able to have a solo project, to me it seemed like it gave you the clearance to be like, “Alright, I’m gonna do a weird ballad that’s followed by a salsa jam. And then I’m also gonna do as much of a punk rock thing that I could muster. And then I’m also gonna do this sort of Beatles-tinged, mid-tempo, very “Strawberry Fields” sort of shit going on.”

LaFave: Working with John, I just felt like it was like there were no adults around. There was no one to say no. And we didn’t have to think, “Oh, how are we gonna pull this off live?” We were like, “Well we’ll do the best we can. Once.”

So is this not something you intend to play live that often?

LaFave: I think we want to do a release show and I think that might be it.

So you think it’s more of a made record than a record to be performed?

LaFave: I think so, yeah. I think a really cool way for this to exist is as a project that we made and that we’re going to present, a time, and then we’re really not gonna labor over it and both move on to what we’re doing next.

Were there any specific artists you had in mind while putting this thing together?

LaFave: Kind of a lot? I think that rather than sort of having a huge influence that looms over the whole thing, I think different tracks were influenced in different ways. Like “Sign of the Times” is very much influenced by Prince Daddy. I went to a Prince Daddy show and was like, “Man, loud guitars are awesome.” I’ve also never been someone who’s shy about their influences. I’m not under any illusion that I’m reinventing any wheel, but I think that the best thing you could hope for is some total of the influences that I have, and the approach that we could take with John and the great players that we had.

So John, what was it like to produce this project compared to other projects of yours?

Mongonia: It was definitely simultaneously the most fun and the most challenging. It was a blank slate. It was really just a guy with vocals and guitar, or vocals and piano. And it was kind of one of those chances to just, like, shoot for the moon on everything. It was just such a great lesson in producing, and recording music, and mixing and just managing people. Managing the players. And then at the end definitely managing expectations. I’ve become so much more realistic since this project. You have to say that I’m not gonna fit every musical idea that I ever had into here. They don’t all work, they’re not all appropriate.

Are there any studio tricks that you’re particularly proud of on here?

Mongonia: One of the biggest tricks was getting Dan on board with my idea that all of his pianos should be tracked on a real, live grand piano in a big old room. Carl Blackwood helped us out. We reserved some time at The Linda and tracked all his big piano sounds there. It was right in the middle of the room.

LaFave: I can say that about a lot of things on here. I’m just really glad that I listened to John. I really trusted him implicitly. I think a thing that I learned on this is if you bring somebody in to do something, you should trust them. If you think someone is worth working with then you should kind of let them do what they do and stay out of their way. What, am I gonna tell Dan Maddalone how to play the bass? No I brought him in ‘cause I liked how he played the bass.

So for each of you, what was the most challenging part about making this record?

Mongonia: For me it was finding balance. It was finding a place where these songs were sonically full and pleasing and just made me happy, but weren’t completely overwrought with instrumentation or misleading vocal points. By the end, if the listener is listening to this, what’s the primary thing they should be paying attention to? And kind of like acknowledging that point of interest. . .This is such a strange project. This is two people that have always been in bands that are not making this for a band, we’re not making this for other people to play on, we’re not giving ourselves a deadline, and we’re letting almost everything else that’s in our lives take precedence.

Mongonia: And I think that goes both ways. Dan’s generosity with his ideas is incredible. Everyone that I’ve ever met up until Dan can get super possessive of their ideas, and even if they’re not letting it on you can tell that they are. And everybody’s got a certain ego—including myself, like myself at the top of the list. And to have been able to work with somebody like Dan who’s totally selfless with his ideas, and trusts me, and is able to be able to throw an idea that’s well-crafted out the window. That takes a lot.

LaFave: I’ve just been really lucky to have great musical mentors in Albany, and particularly songwriters that I think have shown a real devotion to the craft. The guys in Barons in the Attic that I’ve been lucky enough to work closely with. Colin Reynolds, working with him in Coupons I learned so much from him. If you’re around people like that you can’t help but wanna catch up. And then you look now around Albany with like, Bruiser and Bicycle, and Lone Phone Booth, Hate Club, and Alex Brooks in Greens, Prince Daddy, Another Michael.

LaFave: And just be like, I want to do that for four minutes!

You can’t help but be around these people and be like, man I feel challenged. And I will probably never catch up with those people, but the process of trying and working with people like John is the most fun thing that I got going in my life. It really keeps you honest when you see the great work that other people are doing. 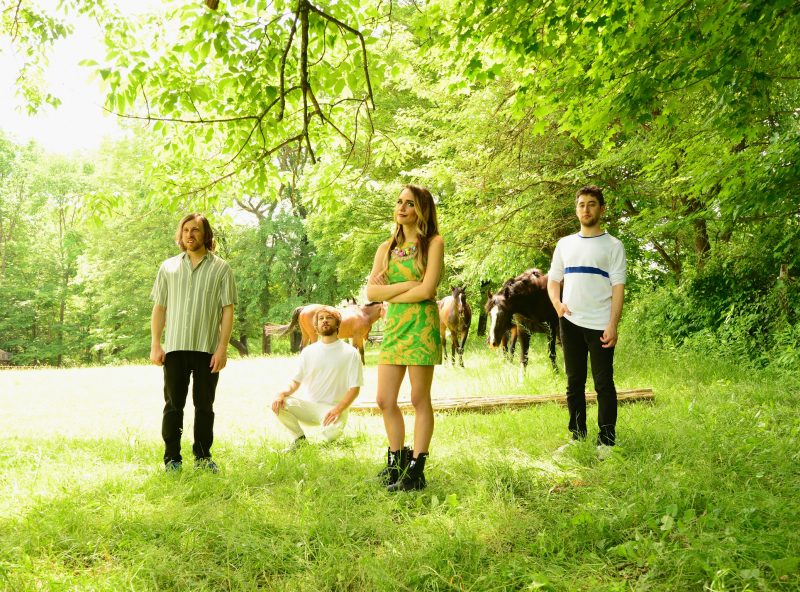 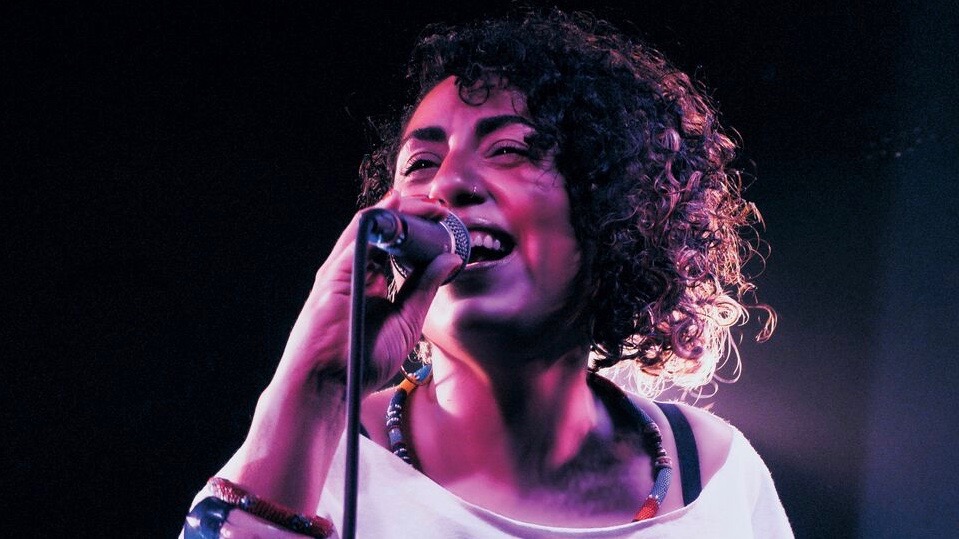 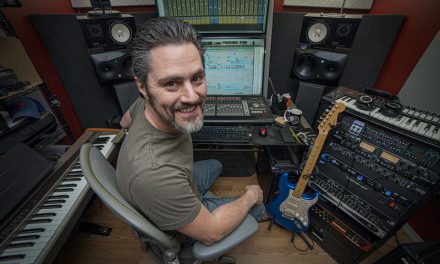